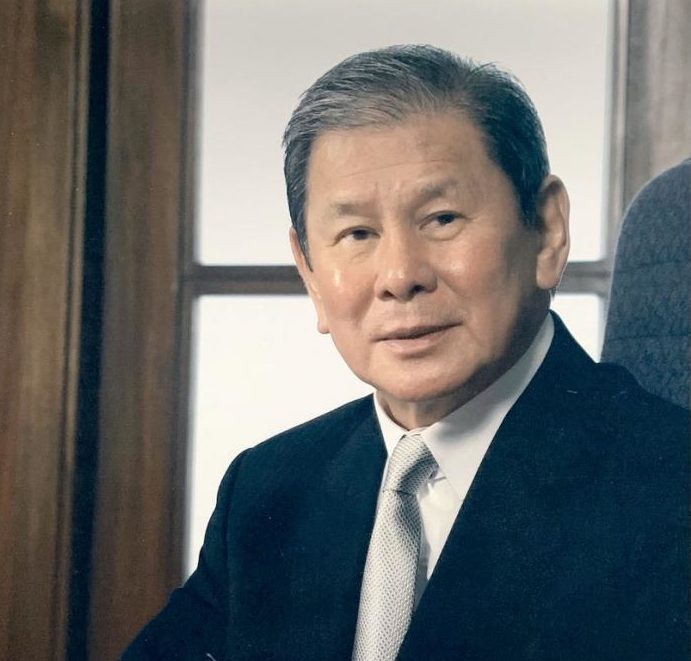 JOB WELL DONE Ramon Sy, a mentor to many in the Philippine
banking industry.

He was a cigarette vendor and bank messenger who had risen from the ranks to be a well-esteemed banking leader and mentor to many. He had been at the helm of many banks, some big and one built from scratch, and helped the industry deal with challenges as head of the influential Bankers Association of the Philippines (BAP).

He died last week at the age of 91, and veteran banker Ramon Y. Sy was mourned by his family, peers and mentees.

“In my 20 years of working with Mr. Ramon Y. Sy, to us his minions, he is always Mr. Sy. The deferential address is not about age and seniority. It is about respect. His presence commanded it. And it was richly earned. I don’t think it was only from his banking skills and smarts, which of course were exceedingly abundant, as borne out of his successful stints in Bank of America, UCPB (part 1), iBank and UCPB (part 2), not to mention his vice chairmanship in Metrobank and Asia United Bank,” said Antonio Moncupa Jr., president of East West Bank.

“More than anything else, it was the way he nurtured many of those who worked for him. It came from an unspoken but palpable knowledge that he got your back. Come hell or high water, we just know he would be there,” Moncupa said.

He recalled that Sy had always been “calm and dispassionately in control,” citing the case of the 2001 bank run at iBank. iBank was among the medium-sized banks that suffered from the ripple effect of the closure of Urban Bank. It was hit by false rumors that its banking license was set to be downgraded from a commercial bank to a thrift bank.

Sy, then president of iBank, restored confidence in the bank and continued its growth momentum.

“No wonder, iBank was arguably the most successful start-up bank of its time. The management team, all with promising careers in what was then the fifth largest bank in the country, readily hitched their careers with him. And they all stayed with him, starting a year before it opened for business until the bank was sold—and by the way, at a very good price,” Moncupa said.

In 2006, Aboitiz-led Union Bank of the Philippines acquired iBank.

Moncupa was among those executives from UCPB who had helped Sy build iBank from scratch. Long after the sale of iBank, Sy eventually rejoined UCPB as chair.

“He modeled professional success and the values of fairness, sense of urgency, attention to details and focus on the customers. And above all, he gave everyone hope—a sense that he wants you to succeed to your potential,” Moncupa said.

As a boss, Sy had sent executives to first-rate training program in the United States, notwithstanding hefty costs, knowing that it’s worth it to upskill his people, Moncupa said.

“He has a keen sense of people, spotting talents and encouraging them to run with their ball,” he added. At the time of his passing, Sy was a director and vice chair of AUB, which he joined in 2012. He also chaired Apex Mining Co Inc.

“Ramon was a self-made and extraordinary person. From his juvenile years of selling cigarettes in the streets of Manila to the epitome of the banking industry, his determination and achievements are worthy of emulation and praise. He was a great mentor to a generation of bankers, myself included. By the way, he was always impeccably groomed and dressed, in style. He will sorely be missed,” said Abraham Co, chair of AUB.

Sy entered the banking industry as bank messenger at Bank of America. He obtained his Bachelor’s degree in Commerce from Far Eastern University (FEU) and got his MBA from the University of the Philippines. He likewise held an honorary doctorate in Public Administration from Centro Escolar University and honors doctorate in Humanities from FEU.

At AUB, Sy was instrumental and very much involved in the bank’s initial public offering roadshows and public listing in May 2013. An official statement from AUB cited him as a “paragon of professionalism, commitment and integrity.”

As a member of AUB’s credit committee and executive committee, Sy’s background and experience in credit made its mark on both young and experienced account officers of AUB. His wisdom and insights on corporate governance, risk management and people and organization, contributed significantly to the performance of the bank’s board of directors.

“More importantly, he was known for his genuine concern and care for people. A true gentleman, indeed,” said Manuel Gomez, president of AUB.

“Mr. Sy, the AUB family is grateful for the years you have dedicated and shared with us. We have nothing but respect and admiration for you, and we will always be grateful for your mentoring and inspiration,” he added.

Moncupa noted that as clear proof of the respect and recognition of his accomplishments, Sy had been elected president of BAP when he was iBank president, even if such BAP leadership post traditionally went to those from big banks. He was even reelected up to the maximum four-year term. “He must have done it well to continue having the support of his colleagues,” Moncupa said.