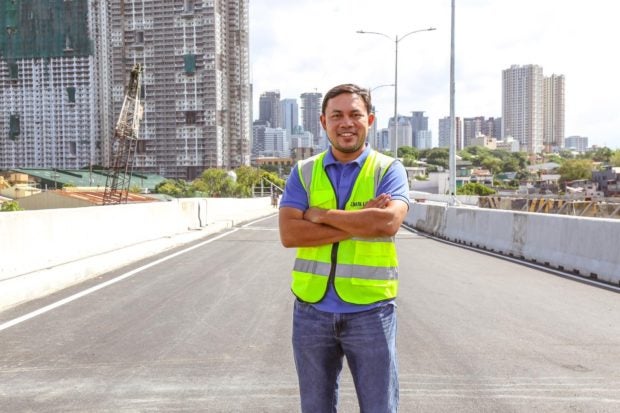 Some people criticize the “Build, Build, Build” program of the Duterte administration for being too ambitious. But we ought to be, if we want a better country and better life for Filipinos.

Indeed, the “Build, Build, Build” is the most ambitious program in Philippine history that aims to usher in the Golden Age of Infrastructure. It is envisioned to improve the lives of Filipinos by bridging the infrastructure gap in the country to enhance countryside development, decongesting traffic in Metro Manila and major cities through dispersion of economic activities and providing jobs to millions of Filipinos.

Less than a year before President Rodrigo Duterte’s term ends, how big are the results so far?

In the past five years, the Department of Public Works and Highways (DPWH) completed a total of 29,264 kilometers of roads, 5,950 bridges, 11,340 flood control projects, 222 evacuation centers, 133 Tatag ng Imprastraktura Para sa Kapayapaan at Seguridad (Tikas) projects, and 150,149 classrooms—all with the help of 6.5 million Filipino workers. 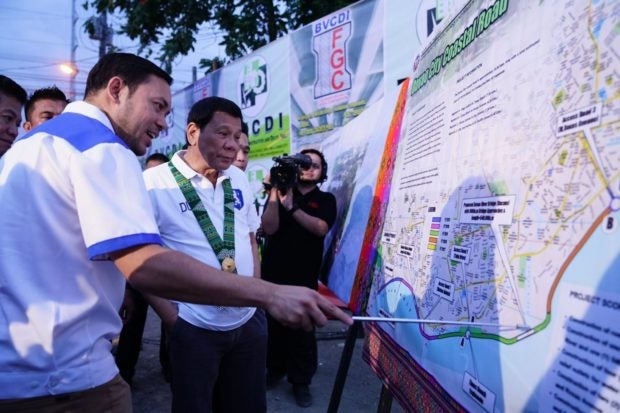 We faced setbacks in the past one and a half years due to the pandemic, but we remained productive. We completed a number of flagship infrastructure projects despite the lockdown, as well as 739 We Heal As One Centers that are now operational. These centers are either mega community quarantine facilities, isolation facilities, off-site dormitories, or modular hospitals with a total bed capacity of 27,302. We also needed to ensure the continuation of infrastructure developments now more than ever, as these would pump prime the economy in the midst of the health crisis.

Even before we were able to start construction, the first order of business was to institute reforms, such as resolving right of way (ROW) issues.

The problem of ROW has hounded many infrastructure projects for decades. To resolve this, one of my first administrative orders created Right-of-Way Task Forces for each project being implemented. Through Department Order No. 65 (series of 2016), we decentralized the ROW acquisition functions and delegated the duties and responsibilities to various implementing units. Before, regional offices were dependent only on legal support provided by the central office.

Through such reforms, we were able to meet our targets. For instance, we acquired 100 percent possession of the site of the NLEx Harbor Link Project Segment 10 after just a span of one year and seven months. Prior to this, acquisition was only at 1 percent per month. The 5.58-km expressway connecting MacArthur Highway and C-3 Road was completed on April 19. Travel time from Valenzuela City to C-3 Caloocan City was reduced to only five minutes from more than an hour previously, benefitting some 20,000 motorists every day.

Meanwhile, it took six presidents to complete Radial Road 10 (R-10). But in the first six months of the Duterte administration, the ROW issues that hounded the project in the past were resolved in coordination with local government units. Now, travel time between Manila and Navotas City was reduced to 30 minutes from one hour. 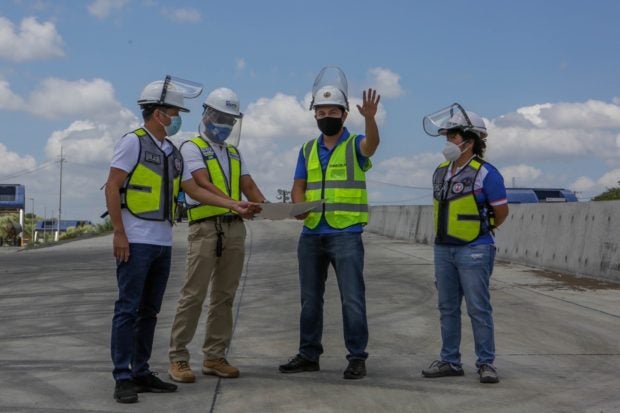 Apart from resolving ROW issues, we also implemented reforms in public procurement processes through the issuance of Department Order No. 127 (series of 2018), which dealt on the strict application of Republic Act No. 9184 (Government Procurement Reform Act) in the conduct of post-qualification of bidders with delayed ongoing contracts with the DPWH.

We used a technology called Infra-Track App, which has a built-in geotagging feature that plots photos inputted in the system for monitoring in the exact geographic coordinates where they were taken. The system automatically alerts us in the DPWH when a project is misreported from a different location. That’s one way of ensuring we have no ghost projects in the DPWH.

When the system detects a 5 percent negative slippage, the contractor involved in the project will be given a warning and required to submit a “catch-up program” to eliminate the slippage or delay. If at any point the contractor incurs a delay of at least 15 percent, he will be given a final warning and will be required to come up with a more detailed program of activities with weekly physical targets. The contractor will then be pre-disqualified from future biddings until the negative slippage has been reduced to less than 15 percent.

In improving the quality of life of Filipinos, we must solve the country’s traffic woes, especially in the heavily congested National Capital Region.

According to Japan International Cooperation Agency (Jica), traffic congestion results in economic losses of P3.5 billion a day. This could further rise up to P5.4 billion in 2035 without any infrastructure intervention.

Jica chief representative to the Philippines Susumu Ito noted that losses could be reduced to P3 billion with the completion of the “Build, Build, Build” program, and could go back to P2.4 billion with the opening of additional infrastructure projects. 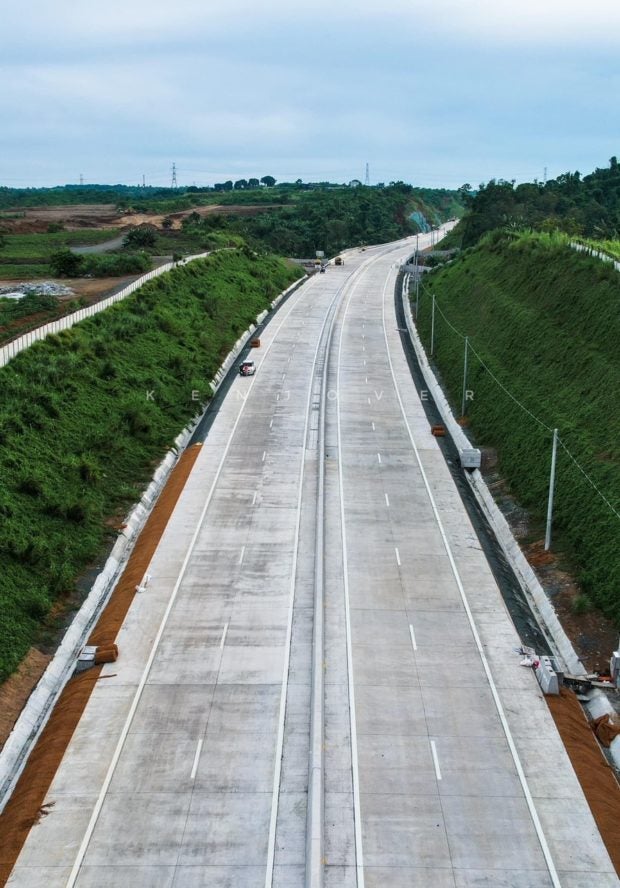 This is why we have the Edsa Decongestion Program, composed of 25 projects, consisting of 14 roads/expressways spanning 121 km and 11 bridges spanning 9.157 km. It includes the following:

Although the roads and bridges could cure Metro Manila’s traffic woes, the solution would only be temporary if socioeconomic activity remains overly concentrated in the National Capital Region. We need to spread development throughout the country and we need the road infrastructure network to do so.

Imagine traveling from Ilocos to Bicol for just nine hours, instead of 20 hours. Expectations will turn into reality with the 1,101-km Luzon Spine Expressway Network (LSEN) Program, which consists of 25 expressways and highways, some of which have already been completed, such as the Tarlac-Pangasinan-La Union Expressway and Central Luzon Link Expressway.

For Visayas and Mindanao, the construction of Segment 3 of the 58.84-km Metro Cebu Expressway from Naga City to Danao City, the 8.5-km Cordova Link Expressway that will link Cebu City to Mactan Island through the municipality of Cordova, and the 17.352-km Davao City Coastal Road has already commenced.

Also underway is the construction of the 3.17-km Panguil Bay Bridge that will connect the City of Tangub in Misamis Occidental to the municipality of Tubod in Lanao del Norte, and will cut travel time to only 7 minutes, compared to the 2.5 hours it would take via a 100-km route.

Thank you to our 6.5M Filipino workers

This ambitious “Build, Build, Build” program would not have been possible without the help of 6.5 million Filipino workers. These hardworking Filipinos lent their skills and talent to translate the vision into fruition. Some of them are overseas Filipino workers (OFWs) who took the opportunity to serve the country in spite of the lower compensation.

They built the Leyte Tide Embankment Project that will protect communities from the destructive effects of storm surges, thus preventing a disaster like the one caused by Supertyphoon Yolanda. They helped us rehabilitate the Marawi Transcentral Roads so that the people of Marawi will have access to basic services and goods, paving the way for peace. They worked hard to build roads that farmers could use in delivering agricultural products to markets, and bridges that would ease traffic and allow families to spend more time together than on the road.

We are not yet done. As of this writing, we still have thousands of ongoing projects: 15,134 km of roads, 1,859 bridges, 4,155 flood control projects, 17,647 classrooms, and 105 evacuation centers, among others. Many more projects are on the pipeline, which we hope the next administration will continue.

About five years ago, when I was appointed to lead the DPWH, I had a clear vision in my mind. To make the Philippines a better place, we need roads to the most rural areas so that children could go to school without risking their lives, bridges to connect farmers and fishermen to their markets, and infrastructure that would open up opportunities in the countryside, and allow Filipinos to dream and aspire for a better future.