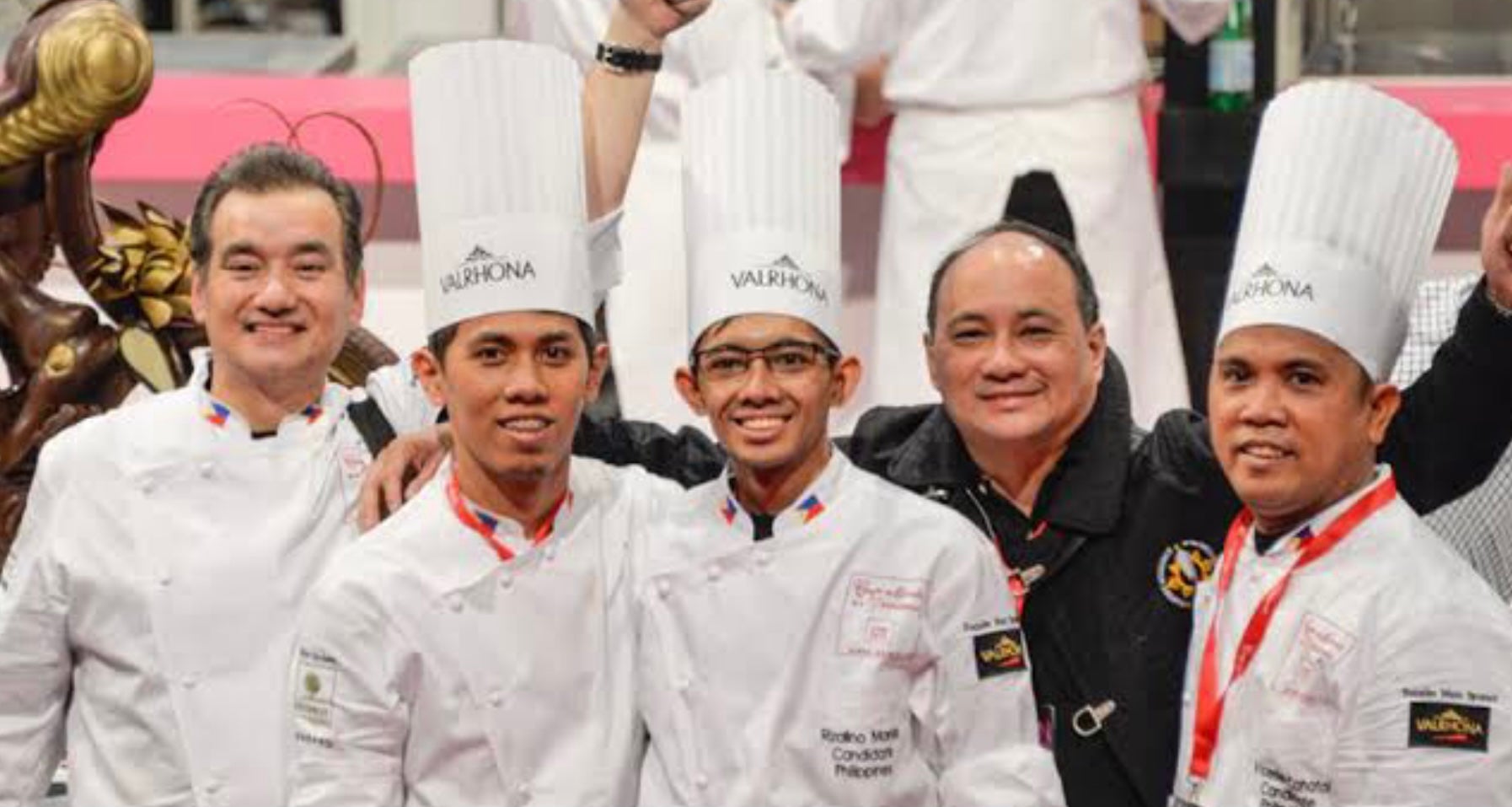 The “ber” months have started. If these were ordinary times, this means that bazaar season would be starting as well. But if there’s anything you can count on with Filipinos, it’s that 20,000 new daily COVID-19 cases won’t stop us from feeling festive for the holidays and certainly won’t stop us from shopping … especially for desserts.

This brings to mind artisanal bakers. Last year, the craze was “ube” pan de sal and sourdough bread. I wonder what bakers have in store for us this year?

Perhaps the chefs at Pastry Alliance of the Philippines can take the lead, especially Park Avenue Desserts’ Buddy Trinidad, who is now the only Ambassadeur du Pain from the Philippines.

Les Ambassadeurs du Pain (pronounced as pan like in pan de sal) is an association of chefs committed to proper bread making, i.e. defending and promoting the traditional craftsmanship of bread as well as its nutritional and gastronomic values.

Founded in 2007, it now has a select international network of around 150 bakers and food professionals. Every other year, it holds a World of Bread Contest (Mondial du Pain), designed to assess the professional skills of participants as an artisan boulanger (apparently in France, bakeries must bake their bread on site to hold the title of boulangerie). They are quite strict and observe the following: the use of natural flour, with no additives; drastic reduction in kneading time and speed; long fermentation coupled with a substantial reduction of yeast; and reduction of salt.

Chef Dan Basilio, who passed away a few weeks ago, was the first Ambassadeur du Pain of the Philippines. Thankfully, in 2019, he endorsed Trinidad at the Mondial du Pain. Perhaps it was a passing of the crown?

Pastry Alliance of the Philippines

What does that mean? It means Trinidad is a master of bread. And it is good to have that kind of master in the Pastry Alliance of the Philippines, which sends teams to compete at the Mondial du Pain.

The Pastry Alliance was founded in 2008 specifically for these competitions. Trinidad recalls: “In 2006, James Antolin, Rudolf Ranada and I competed at the Asian Pastry Cup in Singapore. This competition is the qualifying round for the Coupe du Monde de la Patisserrie (World Cup of Pastry) held every two years in France. We witnessed firsthand the support and organization of the other countries and we realized that if we were to compete at the highest level, we would need to form our own support team.

“Together with Penk Ching, Jackie Ang Po, Dan Basilio and James Antolin, we formed the Pastry Alliance of the Philippines. Our goal is to expand the knowledge of pastry in the Philippines through demos, classes, seminars, as well as develop young talents to represent the Philippines in international competitions.”

And they have been doing well. Trinidad adds, “Since 2008, we’ve competed in Hong Kong, Singapore, Thailand, Korea, Italy and France, winning over 30 medals in various categories. We qualified for the Coupe du Monde de la Patisserie in April of 2014, the first time ever for the Philippines to compete in the world’s biggest pastry competition. We came in 12th out of 24 countries and took home the award for best ice sculpture in the competition.”

They are now building a team to compete in 2023.

In the meantime, let’s up the level of artisan bakers at home.

Trinidad observes, “This pandemic has seen a rise in the number of home bakers everywhere. This is very good for our industry. The new home bakers now have a higher respect for their neighborhood pastry and cake shops.”

He encourages anyone who is interested to give it a go.

“Anyone can bake if they are passionate enough,” he says. “You start with eggs, flour, sugar, butter and you end up with this beautiful product, which a few hours ago was just exactly … nothing. Baking isn’t easy, but it’s fun.”

It doesn’t matter if you’re 5 or 85, you can still enjoy the process and your end-products. My friends’ toddlers are now making donuts and the lolas and lolos are also enjoying baking while in lockdown.

After Halloween, put a ribbon on it and send over to friends and maybe even sell online. But please, maybe something other than ube pan de sal and sourdough?

I can’t wait to see what new bread products creative Filipino artisan bakers have in store for us this Christmas Season 2021.