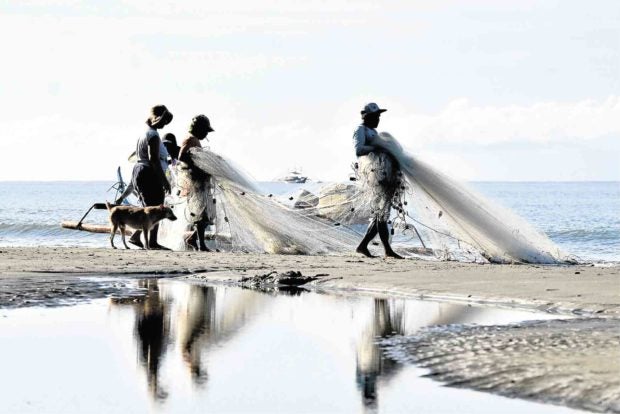 The entry of imported fish into the local market is seen to hurt not only the fishermen but also the aquaculture sector, says Tugon Kabuhayan. —FILE PHOTO

MANILA, Philippines — While the Department of Agriculture (DA) allowed the importation of 60,000 metric tons (MT) of fish this year, an advocacy group said traders may not take advantage of this offer because of one of the conditions imposed by the agency – sell the fish at a wholesale price of P88 a kilogram.

In a virtual briefing with Tugon Kabuhayan, the group said imported fish cannot be sold at P88 a kilo as this would incur losses on the part of importers.

At the least, imported fish may be sold at a wholesale price of P100 a kilo which may double once it reaches retail markets. For members of Tugon Kabuhayan, this makes the decision to import not only counter-productive but detrimental to the local industry.

It further called on the government to release the basis of the import volume approved by the DA, adding that based on their own computations, the shortfall during the closed fishing season this year from November to December would only be at 30,000 MT.

Tugon Kabuhayan convenor Norberto Chingcuanco added that the volume can easily be supplied by aquaculture and municipal fishing as the shortage has already been anticipated, noting that the Bureau of Fisheries and Aquatic Resources earlier reached out to their sector not to decrease production.

“We’re confident there will be enough fish when certain fishing areas are closed by year-end. Based on the projection gathered from fish farmers, the aquaculture sector will be able to fill in the expected drop in commercial fisheries production in the last quarter,” the group said. “Meanwhile, municipal fishers continue to contribute to fish production as municipal waters are not included during the closed season.”

Tugon Kabuhayan said the Philippine Statistics Authority should deploy their updated sampling frame to realistically capture the current production data as well as the projected capacity to produce, as they are confident that the latest data will show that there is be no need to import this year and even the next.

Rather than easing importation and allowing traders to bring in more agricultural commodities from other countries, Tugon Kabuhayan said ramping up support for local fishers and operators would make more economic sense.

“Helping municipal fisherfolk and local fish producers increase their capacity and therefore contribute to production makes more economic sense rather than continuously rely on imports. Municipal fisherfolk should be supported by providing them bigger, sturdier boats as they fish in municipal waters not covered by any fishing ban,” it said.

“Operators need soft loans to recapitalize and increase the sizes of these vessels with lower insurance premiums. Ultimately, they also need government assistance in facilitating permit renewal. If we enable our local fleet to fish farther and increase the capacity of the municipal fisherfolk and aquaculture sector, the perceived supply gap during closed seasons will be fully addressed. In doing so, we increase our production and protect our local industry as well,” it added.