China loans eyed for 4 PH infra projects worth $1.9B 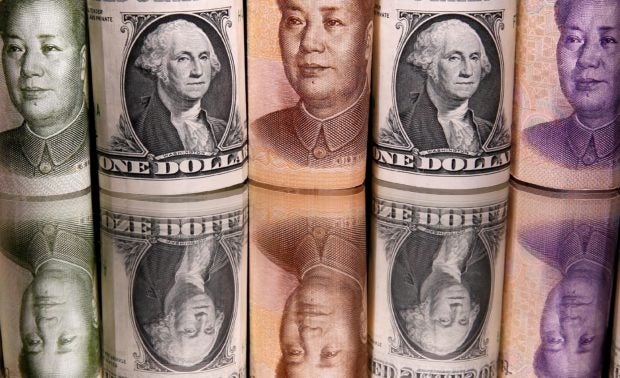 Joven said that last year, $620-million worth of official development assistance (ODA) loans and grants from China were disbursed out of the $4.6 billion in existing projects, which were in the procurement process.

Asked if the Department of Finance (DOF) was satisfied with the pace of projects’ implementation and with the amount of ODA China is extending to the Philippines amid warmer ties between the two countries under the Duterte administration, Finance Secretary Carlos Dominguez III replied: “The Chinese projects, once they get approved, get implemented rather quickly.”

“You can see it in the [Pasig River] bridges, etc. We are happy with them because they are according to terms that are beneficial to us. We pay a very good interest rate, the terms are good, and the projects are okay,” Dominguez said.

The Finance chief said a perception that Chinese-financed projects were slow arose from a mismatch between recent “massive” deals with China and bureaucratic red tape. “We did encounter some difficulties in getting approvals and basically understanding each other,” he admitted.

But Dominguez said the amounts of ODA from China and Japan could not be compared apples-to-apples “because we’ve been dealing with the Japanese far, far longer than the Chinese.”

This month, Joven reported that Japan’s ODA to the Philippines from 2001 to 2020 reached $14.14 billion or 72 percent of the bilateral loan portfolio totaling $19.66 billion during the past two decades.

Meanwhile, in the last 20 years, Chinese ODA amounted to only $1.19 billion or 6 percent of the total.
“With the Japanese, our ODA goes back to the 1950s when there were reparations” post-war, Dominguez noted.

Dominguez said China has already financed more than P7 billion worth of projects, so they are “quite deep into the [implementation] process already.”

In addition, Joven pointed out that all Chinese loans and grants to the Philippines were project-based, unlike Japanese ODA, which also involved budgetary support or program-based facilities.

As such, unlike quick-disbursing budget-support and program loans, the project loans extended by China could only be disbursed upon jump-starting implementation, Joven explained.

A difference in the procedure for securing Chinese and Japanese financing resulted in a longer contracting time with China, Joven added.

But Joven and Dominguez said the Chinese financing process also provided safeguards for the Philippines and China.

“The advantage is, basically, you have better control over the procurement process. We don’t want to cut corners in the procurement of Chinese-funded projects. Hence, we need to start with procurement, and when it’s OK, then we go to financing. So it gives us two levels of protection,” Joven said.

It is also important for China’s government to choose private Chinese contractors earlier on, to protect the investment by its China Eximbank.

“It cannot finance a project which is not bankable. For our protection and for the protection of the Chinese government, all the projects which are implemented should be bankable projects; otherwise, we’ll be paying for loans for white elephant projects which we don’t want, and they don’t want, too,” according to Joven.