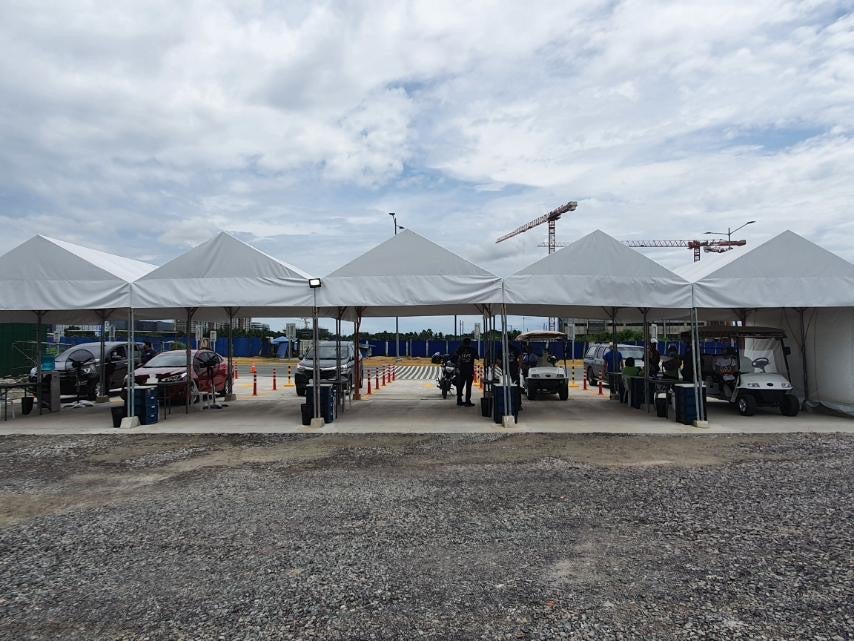 A view of part of the mega vaccination facility built by tycoon Enrique Razon. PHOTO FROM ITCSI

The Inquirer learned from sources that the inoculation site — the subject of a dispute between the former head of the government-run foundation and the billionaire businessman—will initially be able to administer coronavirus vaccines to an estimated 6,000 people per day.

“This will eventually be ramped up to 10,000 per day,” said one official familiar with plans for the site, although the number of recipients will still depend on the arrival this quarter of Moderna vaccines ordered by the group. 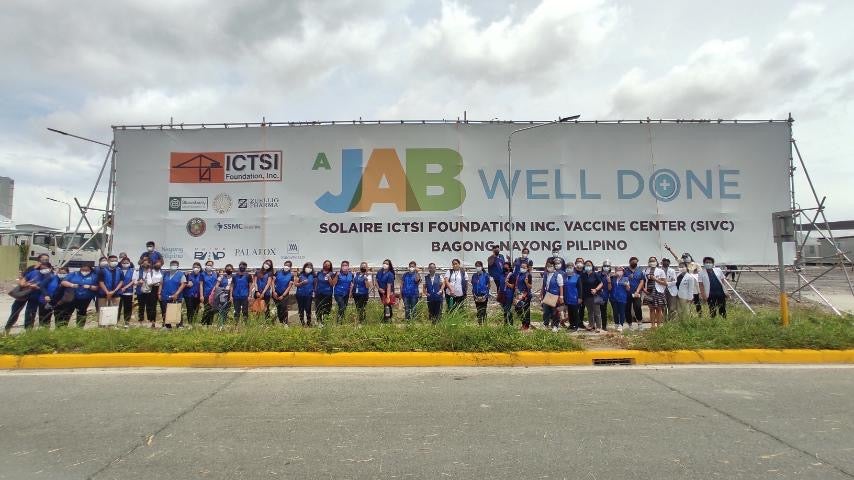 Staff and employees pose for a group photo in front of a sign announcing the completion of the mega vaccination facility. PHOTO FROM ITCSI

As it stands, the mega vaccination facility has eight buildings, each of which can accommodate up to 50 people. Each building has 20 cubicles in which the vaccines will be administered. The structures are connected by covered walkways for people to be able to move between them.

There’s also a drive-through vaccination facility for those who opt to receive their jabs in their vehicles. For this, 10 lanes are allotted for vehicles to allow several people to be inoculated simultaneously.

The drive-through system was used effectively for the first batch of Moderna vaccine recipients at the Solaire ICTSI Vaccination Center where the average time to get inoculated was clocked at 10 minutes or less.

Last March, the ICTSI Foundation submitted an unsolicited proposal to the government to build a temporary mega vaccination center with the goal of inoculating as many Filipinos as possible to curb the increase in COVID cases and reach herd immunity by end of 2021. 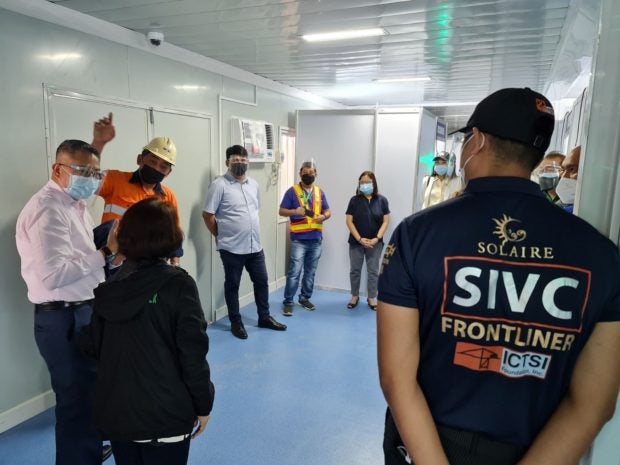 Volunteers and vaccine beneficiaries wait inside one of the buildings of the mega vaccination site. PHOTO FROM ITCSI

The site also houses a nearby mega quarantine center run by the Armed Forces of the Philippines that was also built by the Razon group at no cost to the government.

“The new, temporary, and environmentally light vaccination facility has a design capacity to vaccinate as many as 10,000 to 12,000 people a day, roughly 300,000 a month,” the company said in a previous statement.

The facility was designed by renowned environmental planner, architect Jun Palafox, who gave his services free of charge.