When living in a country that gets an average of 20 typhoons a year and is one of the most vulnerable to the effects of climate change, disaster preparedness is a vital part of everyday life. SM has always taken disaster resilience as an essential investment to help communities stay safe during calamities. Allocating 10% of its capital expenditure to incorporate disaster resilience in all its developments, SM builds to help communities be flood free.

SM City Masinag is built with a water catchment that can store 17,681 m3 of water. This is the same as 7 Olympic-size swimming pools. It was tested when Typhoon Ulysses hit the country and caused massive flooding. The mall area, along with a village of 200 homeowners at Vermont Park Phase 1, remained safe and flood free. 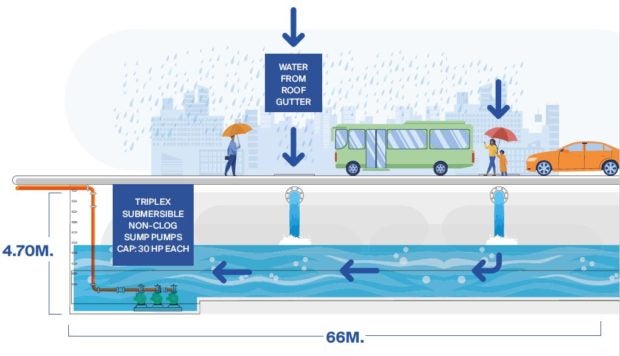 How does SM City Masinag minimize flooding? It collects rainwater from the mall’s roof deck, perimeter and nearby communities, holds water to keep communities flood free, and releases it out to the Muntingdilaw Creek or recycles it for non-potable use.

SM City Marikina serves as a safe haven for communities

Sitting on 246 concrete stilts, SM City Marikina is built to withstand typhoons and rising water levels. When Typhoon Ulysses caused the Marikina River’s water level to rise by 22 meters, thousands of residents took shelter in the mall’s complex. It has also served as a safe haven and first responder during calamities since Typhoon Ondoy in 2009, which forced 3,000 individuals to take refuge in the mall as water levels rose by 23 meters flooding most of Marikina city. 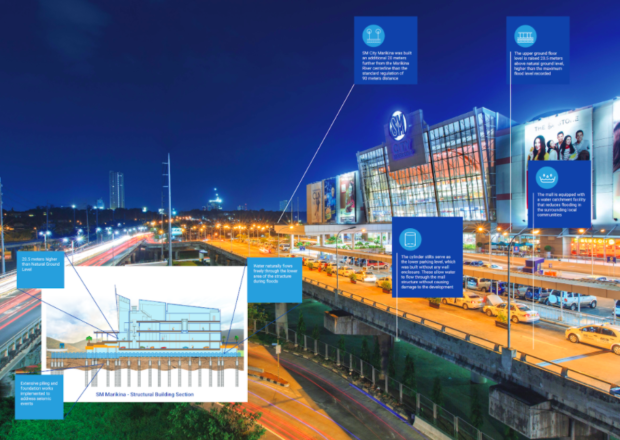 Built to withstand flooding and water level rise, SM City Marikina sits on 246 stilts, serving as a safe haven for communities nearby.