The evolution of the Porsche 911 | Inquirer Business

The evolution of the Porsche 911

Penned by Ferdinand “Butzi” Porsche (son of Ferdinand “Ferry” Porsche), who drew the initial sketches of the 911 back in 1959 to replace the Porsche 356 which was the brand’s first car, the 911 was initially designated as the “901” with a total of only 82 units built. The 911 was to be developed as a more powerful replacement to the aging 356 model and made its debut at the 1963 Frankfurt Motor Show. From using model 901 it was re-badged as the 911 due to a protest by Peugeot, claiming it had exclusive rights to name its car models with the number “0” in the middle. With an initial price tag of US$6,500, production began in September 1964. While generally being referred to as the Porsche 911, the world’s longest-running production sports car, has a type number to distinguish each generation. 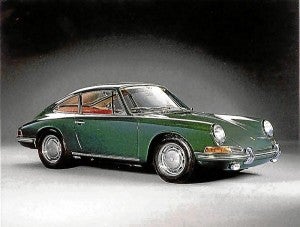 The first edition of the 911 had an air-cooled 1991cc 6-cylinder boxer engine that soon became its platform all throughout the range until the 993 model range. The 4-cylinder variant was dubbed as the “912” model, which had the same body as the 911 series using the same 1600cc engine as the 356. In 1967, a Targa model was included, which features a stainless steel clad roll bar with a removable and foldable roof panel and which was named after the Targa Florio road race based in Sicily, Italy.

The first engines were all carbureted, but by 1973, Porsche introduced the Bosch K-Jetronic CIS (Continuous Fuel Injection) system in its 911T model variant. With a better fuel system, the 911’s of the 1970s was given an updated and stronger transmission. In 1973, the venerable Carrera RS (RS stands for Rennsport, which is translated as race sport in German) became the reincarnation of the 356 Carrera named after the Carrera Panamericana races in Mexico in the 1950s. This race bred limited production Carrera RS is highly sought after by classic car collectors, despite its very spartan interior. By model year 1974, aside from bigger engines and updated fuel systems, the 911 sported impact extended bumpers to conform to US laws, a design that lasted for another 15 years. Another significant variant for this genre would be the 930 Turbo. Produced between 1975 and 1989, this was Porsche’s top line model and considered as Germany’s fastest production car. 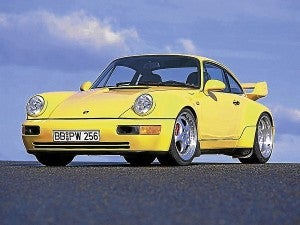 By late 1989, the second generation of the 911 emerged as the Type 964. Using many innovations derived from the 959 supercar, the Type 964 was credited to have introduced the first four-wheel drive 911 dubbed as the Carrera 4. The drag coefficient of the 964 went down to 0.32 and a number of modern amenities and features were introduced like ABS brakes, power steering and coil springs, which raised the eyebrows of some 911 purists. But the move allowed a broader market appeal especially with the introduction of a rear wheel drive version dubbed as the Carrera 2. Another technical innovation was the Tiptronic automatic transmission with adaptive electronic management and full manual control, which was considered as state-of-the-art and the 964 series was one of the first cars to offer dual airbags starting in 1991. 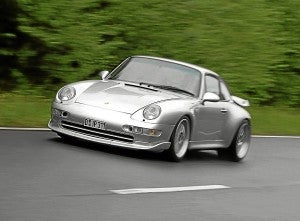 By 1993, the last of the air-cooled engine 911s was introduced. The 993 has become a highly desirable and collectible model because of this and due to its purity of design to the original 911. Featuring an all-new bodywork and a new multilink rear suspension, it had a better ride and handling designed to rectify the 911’s notorious oversteering. The Targa variant, which features a large glass roof that slides under its rear window, made a return in limited production volumes. The 993 Turbo, sold between 1995 and 1997, was the first 911 to feature a twin turbo and a permanent all-wheel-drive system. 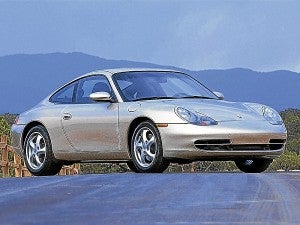 The 996 came into the market and is known at the first 911 with an all-new water-cooled engine. Technologically, it made major headways in terms of innovation and performance, retaining much of the DNA of the original 911. While it basically retained the same shape from the original 911, the styling of the 996 drew a number of criticisms especially in the headlamp design, which was derived from the lower range Boxster model. Even with an improved coefficient of drag cut down to 0.30, it also meant Porsche was seen as cutting down on cost with a number of other shared parts with the Boxster. With over a dozen variants in this range, notable models would be the 40th anniversary 911, GT2 and GT3. 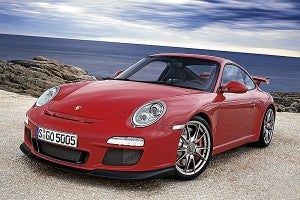 By 2005, the 997 made its way to replace the 996. The drag coefficient was cut down further to 0.28, with styling cues skipping one generation back to the successful 993. The front sported a refreshing new interpretation of the classic bug-eye headlights, and the 997 still shares about a third of its parts from the 996. Apart from Porsche’s usual variants, the later 997 model range received a new dual-clutch gearbox called the PDK as well as a new direct fuel injection system.

Recently introduced at the Frankfurt Motor Show last September, where it all began some 48 years back, the 991 will have a longer wheelbase than the 997 by about four in and overall length by about 3 in. Other significant innovations include the use of aluminium; composite materials and high-grade steel have lightened the overall weight by about 100 pounds. The first two models will feature electro-mechanical power steering, a start/stop system and basically retain the 3.8 liter flat-6 cylinder engine for the Carrera S, while the Carrera model will have a smaller 3.4 liter engine. Our columnist Botchi Santos shared his driving experience when the 991 was launched in Santa Barbara, California, in last week’s motoring section.