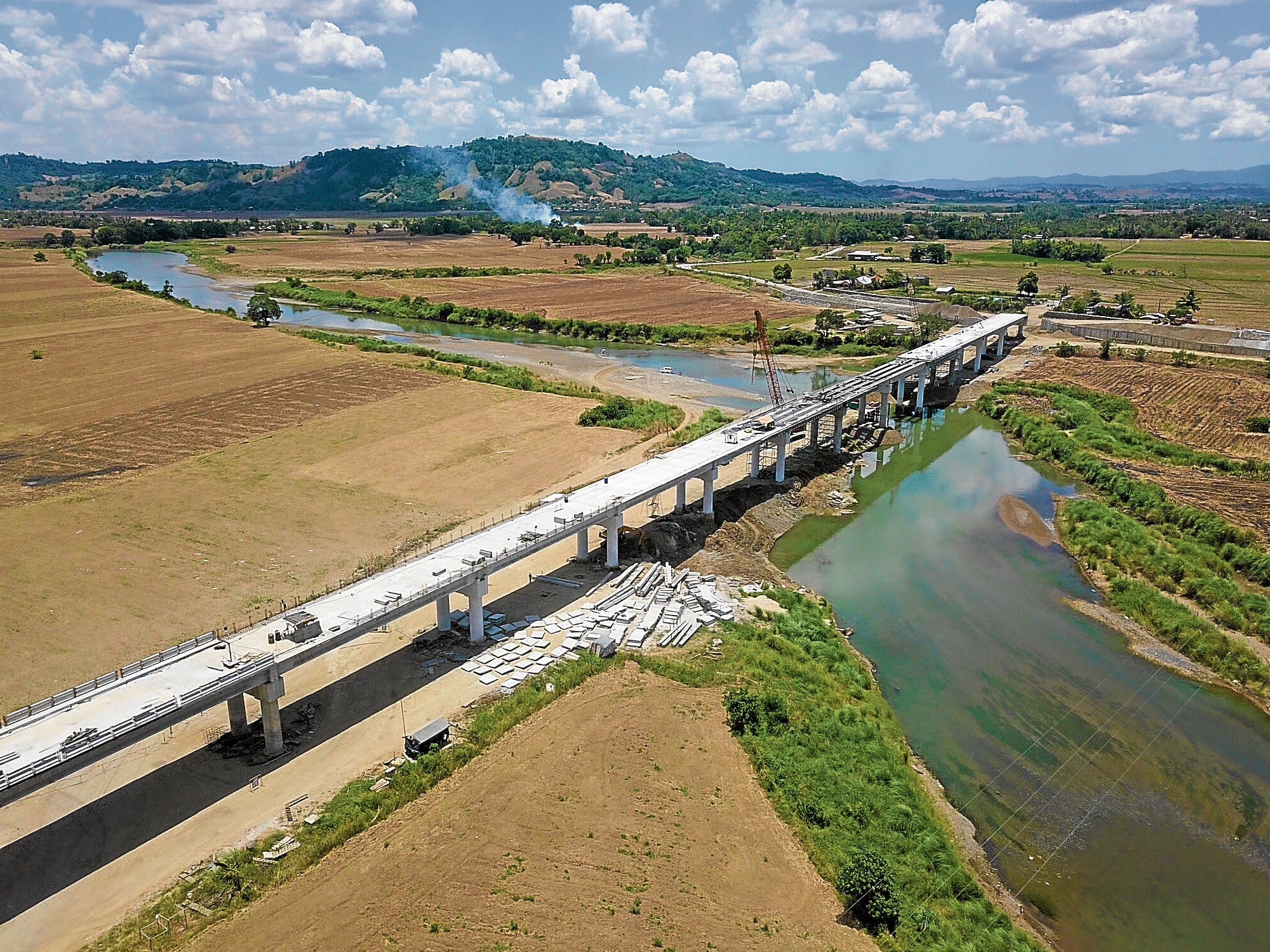 The Camalaniugan Bridge is seen to benefit some 6,000 travelers daily.

An iconic mega bridge will soon traverse the Cagayan River between Camalaniugan town in eastern Cagayan and a portion of Aparri town on the western side.

Public Works and Highways Secretary Mark A. Villar flew all the way to Cagayan province to lead the groundbreaking ceremony on June 25 for the monumental Camalaniugan Bridge. This P2.4-billion undertaking is a crucial big-ticket project set for completion in 2023.

Also present at the groundbreaking ceremony were Department of Environment and Natural Resources Secretary Roy A. Cimatu, DPWH Senior Undersecretary Rafael C. Yabut, DPWH Assistant Secretary for Regional Operations in Luzon Wilfredo Mallari, DPWH Region 2 Director Loreta M. Malaluan and Cagayan Gov. Manuel N. Mamba. Now under a design-and-build contract, the 1,580-meter-long Camalaniugan Bridge will only be the third bridge in the province to cross the Cagayan River, following the Buntun Bridge between Tuguegarao City and Solana town in the south, and the Magapit Bridge in Lal-lo town at the northern part.

Camalaniugan Bridge will connect to Jct. Cagayan Valley Road, making it an important alternative to the older Magapit Bridge. This bridge has been the only travel route to the Ilocandia and Cordillera regions, as well as some southern parts of Cagayan Valley Region. The new bridge will be a good alternate route just a few kilometers downstream.

Not only will it provide a new option for people to get from one side of the river to another, the bridge will also provide economic growth, according to Villar. “We are starting to build this bridge, and it’s going to spur socioeconomic development and increase productivity of our people in Aparri, Camalaniugan and Ballesteros in the Province of Cagayan.” 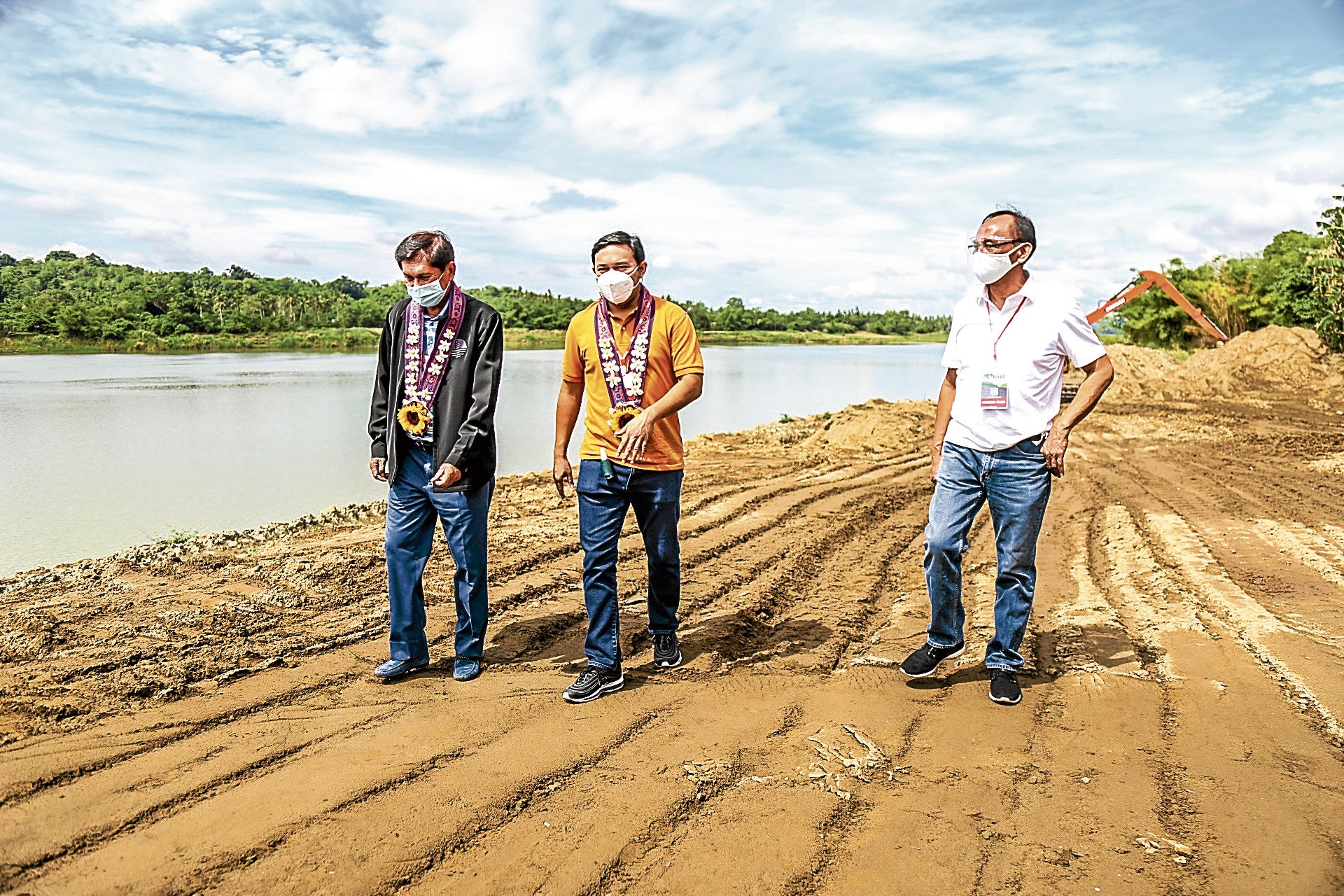 The bridge is projected to benefit up to 6,000 travelers daily. Part of its draw will be the shorter travel time. It will effectively cut travel time between Camalaniugan and Aparri to nearby Ballesteros to as short as 30 to 45 minutes, from the current 1 hour and 30 minutes.

The design will be hard to miss, too. As a matter of fact, it is already anticipated as an iconic symbol of the Duterte administration’s “Build, Build, Build” program that aims to boost the Philippine economy through a golden age of infrastructure. Camalaniugan Bridge is a tourist attraction in the making.

After the ceremony, Villar and Cimatu went to an ongoing rehabilitation and dredging project in nearby Bangag village, Lal-lo. The DENR and DPWH jointly lead the Build Back Better Task Force that ensures post-disaster rehabilitation and recovery efforts in typhoon-hit areas. The project in Lal-lo is part of the Cagayan River Restoration Program that aims to prevent the recurrence of the catastrophic flooding experienced last year across the Cagayan Valley Region.

The region has been a big recipient of infrastructure projects from the national government. According to Villar, Cagayan Valley Region has seen the completion of 322 bridges under the Duterte administration. On top of that, the government also finished 1,483 kilometers of road, 5,589 classrooms and 379 flood mitigation structures.