The pandemic continues to bring about challenges across the country—limited mobility, small businesses struggling to keep afloat, precarious job situations, and families rendered vulnerable. With its long history in the Philippines and guided by its company purpose to refresh the world and make a difference, Coca-Cola Philippines is staying true to its dedication of helping uplift Filipino families in need.

“For the past year, we at Coca-Cola have incessantly engaged with different communities and organizations — understanding their immediate needs and providing any support we can give during the pandemic,” said Antonio “Tony” del Rosario, Coca-Cola Philippines President and VP for Franchise Operations for the ASEAN and South Pacific Unit-East Asia Region (Vietnam, Cambodia, Philippines). “We want to ensure that the most basic needs are being met to help build stronger and healthier communities.” 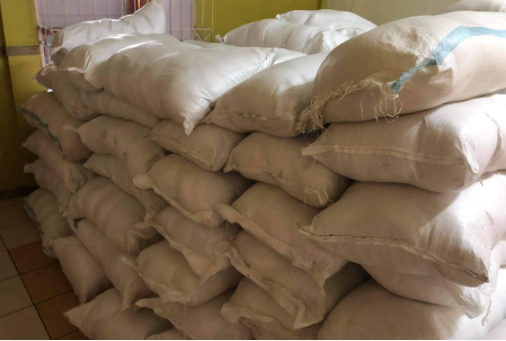 Coca-Cola also provided 5,750 packs of rice to pandemic-affected families in Metro Manila and nearby provinces.

Through the beverage company’s local social philanthropic arm, Coca-Cola has continuously reached out and provided support to several independent pantries and organizations by providing refreshing beverages, as well as food for vulnerable families. A total of 400 cases of various Coca-Cola products were donated to the Philippine Commission on Women, the Akbayanihan Foundation, the Library Foundation, the Maginhawa community pantries, and other pantries nationwide.

For small eateries or karinderyas that likewise faced pandemic-related challenges, Coca-Cola Foundation partnered with Kasaga-ka Cooperative (K-Coop) and Philippine Business for Social Progress (PBSP) to help them restart their business through ‘Project Karinderya’. These eateries were then tapped to serve a month’s worth of meals to affected families in urban poor communities. To date, the program was able to feed a total of 1,000 families in Bulacan and Quezon City while reviving 50 karinderyas. Karinderya owners were also given trainings on food safety and financial literacy through modules developed by Coca-Cola and DTI’s ReSTART Program and by the Jollibee Group Foundation.

“Hunger incidence rose during the pandemic, which left Filipino families struggling with not having enough food on their table. Through Project Karinderya and other donations, not only were thousands of families fed, small food businesses were also given a chance to restart safely and provide for their families and their communities,” said Cecile Alcantara, Coca-Cola Foundation Philippines President. 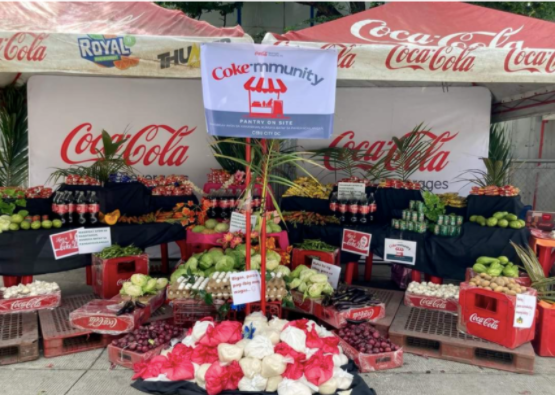 To mark their 109th anniversary in the Philippines, Coca-Cola installed community pantries inside their distribution centers and plants nationwide and distributed essential packs to people in the communities.

Celebrating 109 years in the Philippines with community pantries

Meanwhile, as part of its celebration of its 109th year in the Philippines, the global beverage brand’s local bottling partner, Coca-Cola Beverages Philippines, Inc. (CCBPI) put up several community pantries in its manufacturing plants and distribution centers nationwide. Security personnel, housekeepers, and maintenance staff of the company’s third-party partners, as well as members of the local community were provided access to essential items such as food (rice, vegetables, canned goods), disinfectants, face masks, and face shields.

CCBPI’s vehicles were also utilized as mobile pantries that distributed items along its routes for people who may be in need of essential goods, but are not physically capable of visiting community pantries.

The community pantry supplies included donations from employees and employee unions from participating plants such as Imus, Canlubang, Meycauayan, Bacolod, and Misamis Oriental. Distribution centers in Malabon, Iligan, Bataan, and Ormoc also set up their own pantries.

“CCBPI has always been there for Filipino communities — in good times and in challenging times,” said Atty. Juan Lorenzo Tanada, Director for Corporate and Regulatory Affairs of CCBPI. “Malasakit (concern) is something that is needed now more than ever.”

The pandemic may have brought challenges and adversity, but it also brought out the spirit of caring and giving. Coca-Cola remains one with Filipinos by going beyond response and relief efforts to helping create stronger and more sustainable communities. To know more about Coca-Cola’s initiatives, visit facebook.com/CocaColaPhilippines.

For the love of food: Here’s how this houseware store thrived and survived amid the pandemic