Vehicle sales zoomed by 360.8% in May | Inquirer Business 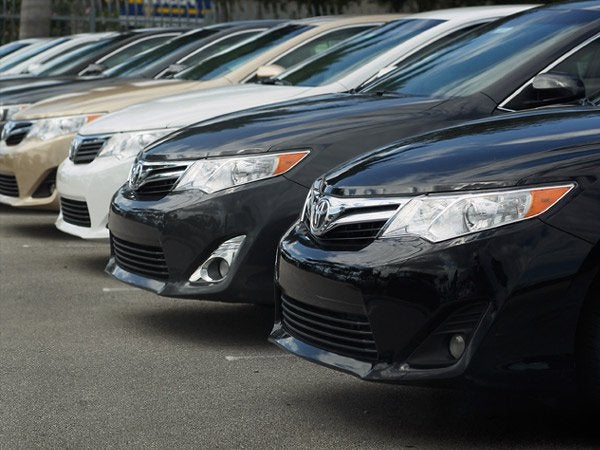 Vehicle sales of car and truck companies accelerated to 22,000 units in May, nearly four times more than what they sold in the same month last year, as lockdown-weary consumers continued to buy new vehicles despite a tax that made imported units more expensive.

A total of 22,062 units were sold last May, a 360.8-percent increase from the 4,788 units sold in the same month last year when the most stringent quarantine measures to contain COVID-19 were in place, according to a joint report from the Chamber of Automotive Manufacturers of the Philippines, Inc. (Campi) and Truck Manufacturers Association (TMA).

“The industry remains optimistic of a nascent recovery but at the same time on guard for any downside risks of the pandemic particularly if lockdowns are reimposed in NCR plus and in other regions resulting in a tepid consumer confidence,” said Campi president Rommel Gutierrez in a statement on Monday.

The higher sales so far went against earlier expectations that the government’s safeguard duty on imported vehicles would make it harder for the auto industry, which imports the majority of its units from hubs like Thailand, to recover.

A safeguard duty on imported vehicles has been in place since February. The Department of Trade and Industry (DTI) imposed the measure to protect local workers in car factories from the impact of too many imports, after a DTI investigation showed that a surge in imports hurt jobs in local factories.

The DTI slapped provisional safeguard duties on imported vehicles, P70,000 per imported passenger car and P110,000 per imported light commercial vehicle. This was based on their investigation of the industry’s performance from 2014 to 2018.

But unlike previous safeguard measures, this move was not supported by local big players, like Campi member companies.

“As if the adverse impact of the pandemic is not enough, the decision to impose provisional safeguard measures against imported vehicles is yet another blow to the automotive industry. This will further derail the recovery efforts of industry players and stakeholders,” he said in a statement last January when the decision to impose the tax was announced.

For the first time, the safeguard duties were imposed because of a petition filed by unionized workers, which the Philippine Metalworkers Alliance did in 2019. INQ