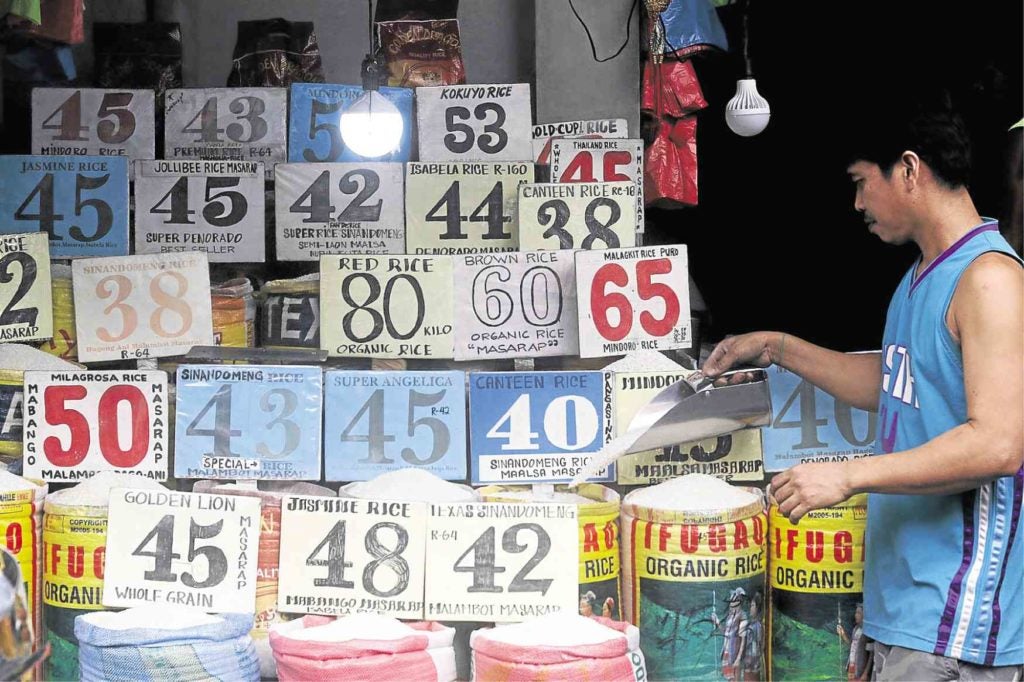 The disconnect in the country’s agricultural value chain remains evident in the rice industry, as the Philippine Statistics Authority (PSA) reported a continued uptick in rice prices despite an increase in palay production and decline in farmgate prices in the first quarter.The availability of imported rice, made possible by the Rice Tariffication Law, seemed to have little effect on the retail prices of the staple.

This suggests how the different stages in the supply chain—from the farms or the ports (for imports) to the retail market—can easily bloat retail prices.

Based on PSA data, palay production in the first quarter stood at 4.9 million metric tons, up 0.5 percent from last quarter and up 9 percent from the level in the same period last year.

The Department of Agriculture (DA) said this was the country’s highest harvest on record for the first quarter, mainly attributed to the increase in the areas harvested and yield.

This led farmgate prices to decline by 7.5 percent to P17.10 a kilogram from the prevailing rate in the previous quarter.

But PSA records showed that retail prices of rice still went up by 2 percent to an average of P42.14 a kilo in the first quarter compared to prices in the previous quarter and in the same period last year. This represents an average mark-up of P25.04 per kilo of rice.

Economic managers as well as the DA are hoping to tame the increases in the retail prices of the staple by imposing tariff cuts on rice imports, but industry leaders are skeptical that this would be felt by consumers.

As of last year, about 90 percent of the country’s staple requirements was supplied by local production, while the rest was imported mostly from Vietnam.

Despite the DA’s efforts to increase farmers’ participation in the entire chain beyond production, the producers’ share in the final prices of agricultural commodities such as rice still fluctuated, giving traders more bang for their buck.

A separate report published by the PSA in 2019 showed that the gap between farmgate and retail prices for selected commodities ranged from 20 percent to as high as 392 percent.