Dollar reserves dipped in May 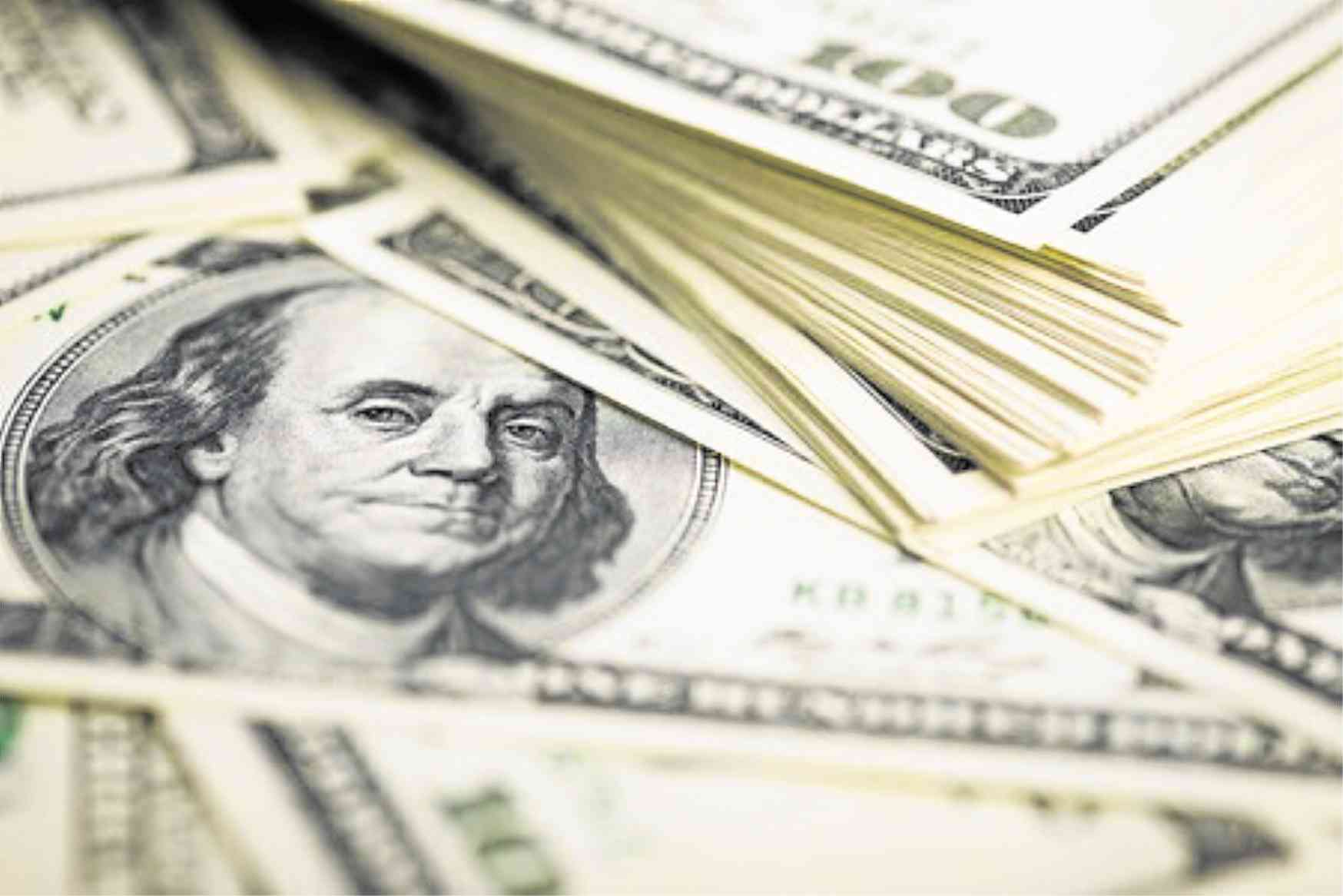 The amount of foreign exchange held in stock by the central bank dipped slightly in May as the government used some dollars to repay its maturing obligations, according to the regulator.

In a statement, the Bangko Sentral ng Pilipinas (BSP) said the country’s gross international reserves (GIR), based on preliminary data, settled at $106.98 billion as of end-May 2021 from the end-April 2021 level of $107.71 billion. “The month-on-month decrease in the [dollar reserve] level reflected outflows mainly from the foreign currency withdrawals of the national government from its deposits with the BSP to pay its foreign currency debt obligations and various expenditures,” the agency said.

These outflows were partly offset, however, by the inflows from the central bank’s foreign exchange operations and income from its investments abroad, and an upward adjustment in the value of the BSP’s gold holdings due to the increase in the price of gold in the international market.

Despite this, the agency said the latest GIR level represented a “more-than-adequate external liquidity buffer” equivalent to 12.2 months’ worth of imports of goods and payments of services and primary income.

“Moreover, it is also about 7.4 times the country’s short-term external debt based on original maturity and 5.1 times based on residual maturity,” the central bank said.

By convention, dollar reserves are viewed to be adequate if they can finance at least three-months’ worth of the country’s imports of goods and payments of services and primary income.

Meanwhile, net international reserves—which refer to the difference between the BSP’s gross reserves and total short-term liabilities—decreased by $730 million to $106.96 billion as of end-May 2021 from the end-April 2021 level of $107.69 billion.

He said central banks around the region had been building up their reserves in anticipation of a reversal of the loose monetary policy in developed nations which would cause capital to flow back to countries like the United States.

“With Fed’s (Chair Jerome) Powell currently signaling that policy support will likely be around for a bit longer, it looks like the defenses will hold for now, but we have noted how central banks like the BSP have strategically been topping up their [GIR] wall one brick at a time until the impending storm while managing the recovery from the pandemic,” Mapa said. INQ