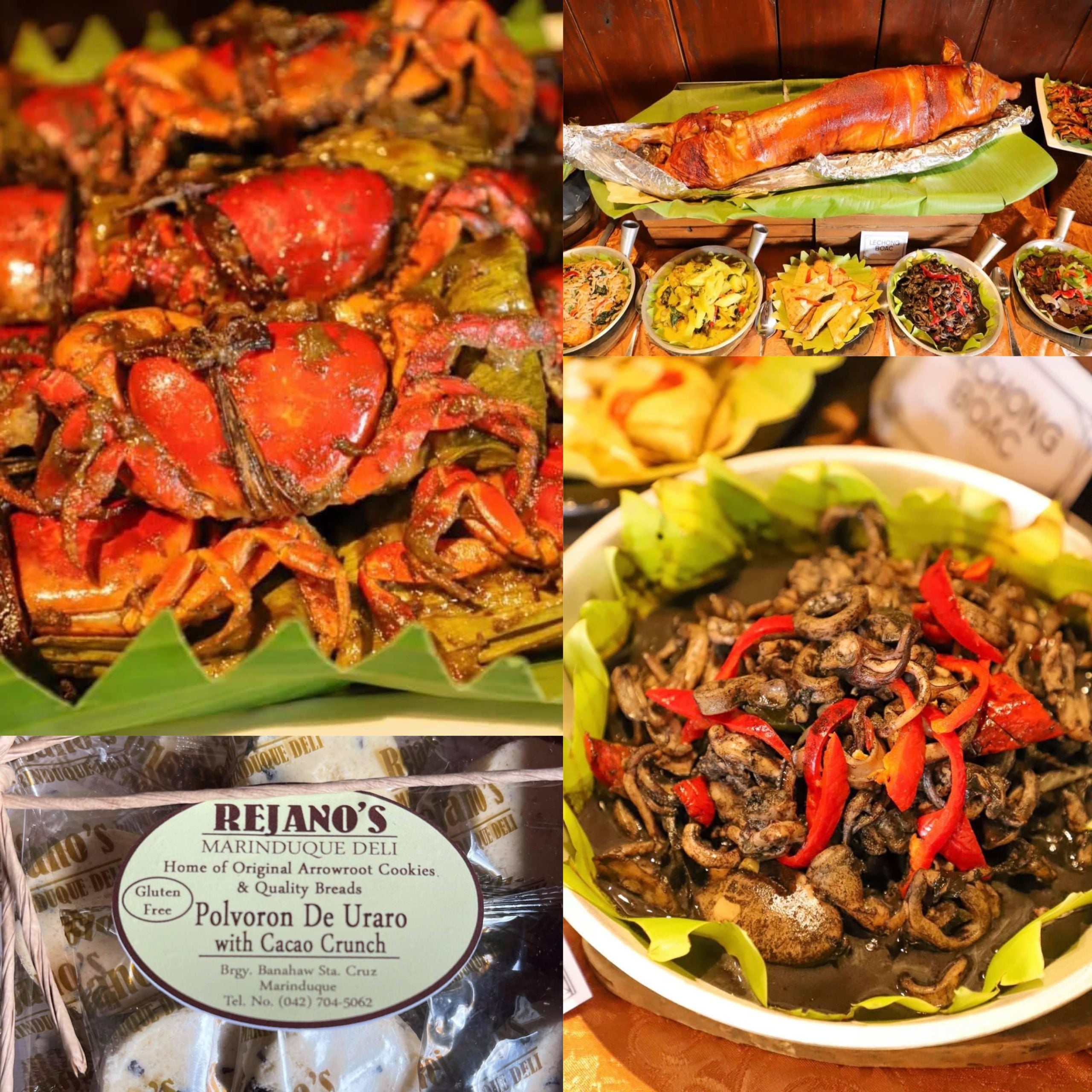 When I saw Tourism Secretary Berna Romulo Puyat’s post about Marinduque, I immediately got curious.

Except for its Moriones Festival held during the Holy Week, Marinduque is not really top of mind for a visit. Its neighbors in the Mimaropa region each have their own attractions: Puerto Princesa in Palawan has no less than a Unesco World Heritage Underground River while Mindoro has a world-class dive site in Puerto Galera.

This is probably because it’s a pain to get there as there are hardly any flights and you would have to go either by private plane or by Ro-Ro (roll-on, roll-off), which translates to a few hours driving to the port where you will catch the boat and another two hours on the boat.

But if you don’t mind the long drive and boat ride, it might be worth the visit when they finally open again to tourists.

Here are some of the great food finds of Secretary Berna during her visit.

This has been hailed for its crispy skin, tender meat and chewy tendons. It is a recipe by the legendary Ambrosia Revilla Reynoso (Ka Ambo). Her husband, Tirso Reynoso, was the cook, but Ka Ambo was known for personally choosing hock from female pigs, since she used to be a meat vendor.

It has been praised by no less than Micky Fenix as “the best crispy pata” in the country.

Note, however, that this is not at a restaurant. You literally have to go to Ka Ambo’s house on Burgos Street in Barangay Banahaw, Sta. Cruz, Marinduque, which is a two-hour drive from Boac.

Marinduque is also known for uraro or arrowroot. Arrowroot looks like an underground tuber like cassava, but different. Good news for trendy dieters: it is gluten-free.

The brand Rejanos has created many products using arrowroot such as premium arrowroot cookies, panganan de uraro, even a polvoron de uraro with cacao crunch, which they began producing at the start of the pandemic in order to make use of their extra stock of arrowroot starch.

The packaging is really good. The premium arrowroot cookies come in a black and gold tin can and the cookies are sealed in a foil bag, securing freshness. It is light and perfect for just mindless snacking or to have on the side with your coffee or tea.

For orders, they are on Facebook as Rejanos Bakery Arrowroot. I also found their items for sale on Shopee.

Most provinces boast of their own lechon and Marinduque is no exception.

Secretary Berna raved about the lechon in Casa de Don Emilio, which uses native pigs from Boac. These are native black pigs that are ideal for roasting, hence much sought after even by La Loma lechoneros. This is a must-try in Marinduque.

Another great Marinduque product is Coco Bagoong by Marbello. It is similar to traditional bagoong (fermented shrimp paste) but it uses coconut meat.

This is perfect for those who are allergic to seafood (like Secretary Berna) because although it uses fish sauce (patis) for flavor, it is primarily made using coconut meat, soya, garlic, onion, vinegar, salt, sugar, vegetable oil and black pepper. Now that’s using your coconut.

Now that many are getting their jabs, we are hopefully entering into the post-COVID-19 world. Let’s hope that this time, the resurgence will be of good times and good memories, and that the pandemic will truly be a thing of the past.