Global logistics veterans join 2Go’s board as SM takes over 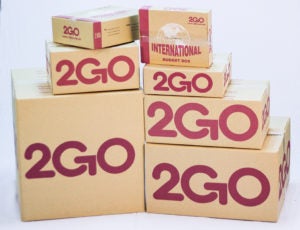 International logistics professionals joined the board of 2Go Group Inc. as conglomerate SM Investments Corp. completed its takeover on Thursday.

Frederic DyBuncio, president and CEO of both SM Investments and 2Go, would also assume the role of 2Go chair.

Chelsea sold its entire stake in 2Go to SM Investments Corp. and Trident Investments Holdings Pte. Ltd., which is controlled by Archipelago Capital, for P6.64 billion or P8.50 per share.
The deal was first announced last March 19.

SM Investments, which is an existing shareholder of 2Go, acquired 550.56 million shares, bringing its stake to a controlling 52.85 percent.

The combined transactions gave Trident a 31.73 percent stake in 2Go, making it the second-biggest shareholder after SM Investments.

SM Investments is one of the country’s largest companies and the main holding group of the Sy family’s property, banking and retail businesses. Chelsea is the logistics arm of Uy’s Udenna Corp., whose businesses included property, hospitality, retail, gaming and telecommunications.