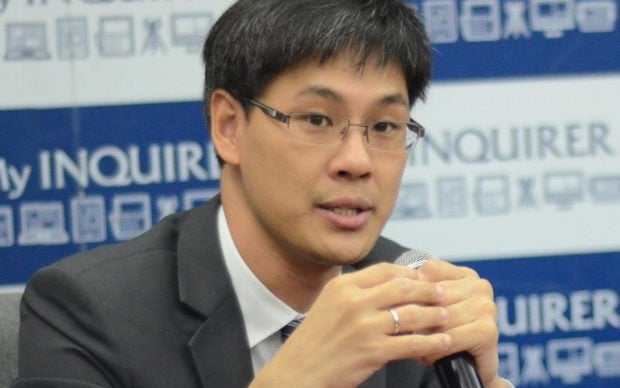 The country’s chief economist on Wednesday expressed optimism that the government’s improved response to the prolonged COVID-19 pandemic and the ongoing mass vaccination would restore consumer confidence and bring the economy back to the growth path this year. Socioeconomic Planning Secretary Karl Kendrick Chua, whose appointment was confirmed by the Commission on Appointments (CA) also on Wednesday, told the bicameral body that he was already “seeing the light at the end of the tunnel” after all the difficulties the country had gone through due to the pandemic. Chua, who heads state planning agency National Economic and Development Authority (Neda), said the economy was “starting to see recovery” this year mainly as the government had avoided committing the same mistake made last year when it imposed the most stringent COVID-19 lockdown in the region and stopped 75 percent of economic activities at the onset of the pandemic.

The Neda chief said better risk management when imposing quarantines—which, despite recent reverts to stricter levels, still allowed a number of establishments to operate and workers to earn their living under minimum health standards—plus the plan to inoculate all Filipino adults by year-end would make the revised 6-7 percent growth target for 2021 achievable.

Chua said allowing firms to operate while dismantling quarantine restrictions “at the appropriate time” would bring back jobs and incomes.

Ramped up vaccination Millions of jobs were shed and trillions of pesos were lost due to the lockdowns.

Chua added that ramping up the nationwide mass vaccination program would give confidence to consumers to go out and spend.

Prepandemic, consumer spending bolstered the economy and accounted for as much as three-fourths of gross domestic product (GDP).GDP declined by a worse-than-expected 4.2 percent year-on-year in the first quarter, prolonging the pandemic-induced recession to five straight months, partly as household consumption shrank 4.8 percent in the first three months of the years.

The economic team expects GDP to post growth during the current quarter despite the recent stricter quarantine measures in the National Capital Region Plus—Metro Manila and the provinces of Bulacan, Cavite, Laguna and Rizal, which accounted for half of the economy.

Second-quarter growth will mainly be due to base effects as GDP slid by a record 16.9 percent year-on-year in the same three-month period last year.

But in a webinar on Wednesday, economists at Moody’s Analytics said the Philippines’ economic recovery would be the slowest in Asia-Pacific, with the return to prepandemic GDP level expected by the third quarter of 2022—the last in the region.

Moody’s Analytics chief Asia-Pacific economist Steven Cochrane said the Philippines was the “least able to control COVID-19” in the region, and it did not help that it did not benefit from the current global exports recovery because it wasn’t linked closely to the regional supply chain.

Moody’s Analytics data showed that while most Asia-Pacific economies’ exports as of March and April this year already exceeded their end-2019 levels, shipments from the Philippines, Japan and New Zealand had yet to recover.

Cochrane said achieving “herd resilience” or 65 percent of the adult population immunized would take up to 2023 or later for the Philippines, Indonesia, Taiwan, Thailand and Vietnam.

He said mass vaccination in the Philippines and Indonesia had both hit a snag due to problems in securing enough COVID-19 vaccine supply at the start and the sluggish rollout.

Moody’s Analytics economist Katrina Ell said the Philippines was not only a laggard in terms of economic rebound but it would also be impacted by wider income inequality as the relatively well-off could afford to work from home while many poorer Filipinos were deprived of their livelihoods.