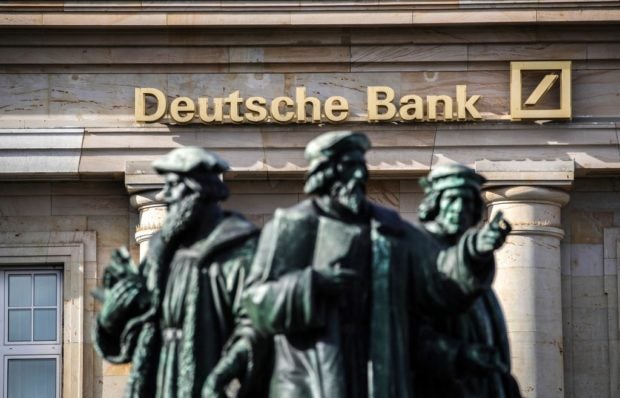 The research arm of financial giant Deutsche Bank has slashed its 2021 growth forecast for the Philippines to 5 percent, no thanks to the reimposition of stricter COVID-19 quarantine in areas accounting for half of the economy and the slow nationwide vaccination.

The updated forecast remained below the government’s downscaled 6 to 7 percent growth target for this year.

The earlier 2021 growth goal was 6.5-7.5 percent, but President Duterte’s economic managers last month tempered expectations due to the worse-than-expected 4.2-percent GDP drop that prolonged the pandemic-induced recession up to the first quarter.

NCR Plus is composed of Metro Manila and the provinces of Bulacan, Cavite, Laguna and Rizal.

“The Philippines’ COVID-19 outbreak peaked in early April, the situation in Thailand may be improving, but low vaccination rates remain an impediment to recovery in both countries,” Deutsche Bank Research said.

The bank also lowered its growth forecast for Thailand by 0.4 ppt to 2.5 percent.

Its data showed that both the Philippines and Thailand had only 3.2 percent of their populations inoculated with at least one dose of COVID-19 vaccines as of May 28.

Deutsche Bank Research said expectations of weaker growth amid elevated inflation in countries like the Philippines would “complicate” monetary policy.

“Where economies are weaker, central banks are less likely to respond to higher inflation by tightening policy as we’ve seen in India and the Philippines in recent months. But some of these central banks have made no secret of their willingness to use monetary policy tools to stabilize their currencies,” Deutsche Bank Research said.

“As the [US Federal Reserve] becomes more explicit about tapering-off asset purchases, and perhaps the market brings forward its assessment of when the Fed will start raising rates, we expect Asian currencies to weaken against the dollar. This creates a rationale for hiking rates that some emerging-market central banks in other regions have already succumbed to,” it added.

As such, Deutsche Bank Research said it was expecting the Bangko Sentral ng Pilipinas to hike key policy rates during the second quarter, “in response to peso weakness.”

The BSP’s Monetary Board will next decide on the monetary policy stance on June 24.