MANILA, Philippines – The Filipino spirit of resilience and camaraderie continues to live on in all of us, becoming more noticeable in times of crisis.  Shawarma Shack Corporation, a 100% Filipino-owned food retail company, has embodied this spirit over the past year in response to the devastation brought by natural calamities to thousands of families across the country.

In appreciation of their efforts, the Philippine Coast Guard (PCG) has recognized Shawarma Shack for helping the government carry out its humanitarian response measures in the aftermath of disasters, providing logistical support to first responders and relief goods. Shawarma Shack Corporation CEO Walther Uzi Buenavista personally received the award for the company in a ceremony held at the coast guard headquarters in Binondo, Manila last May 20. 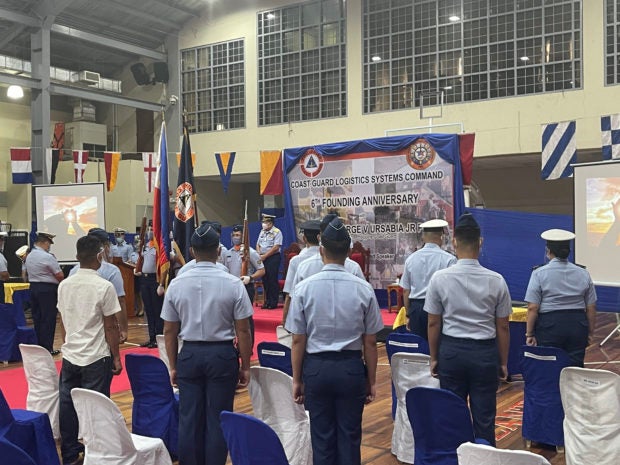 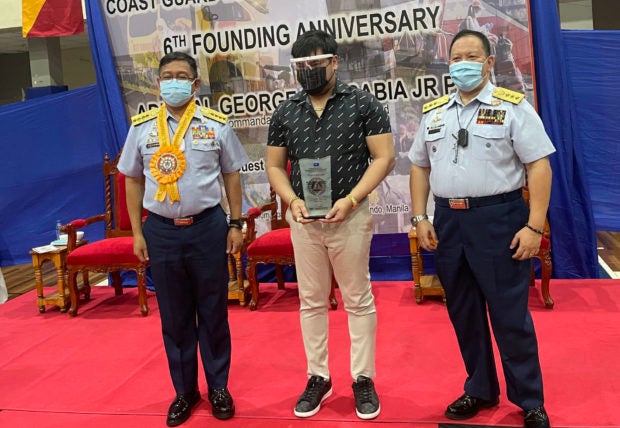 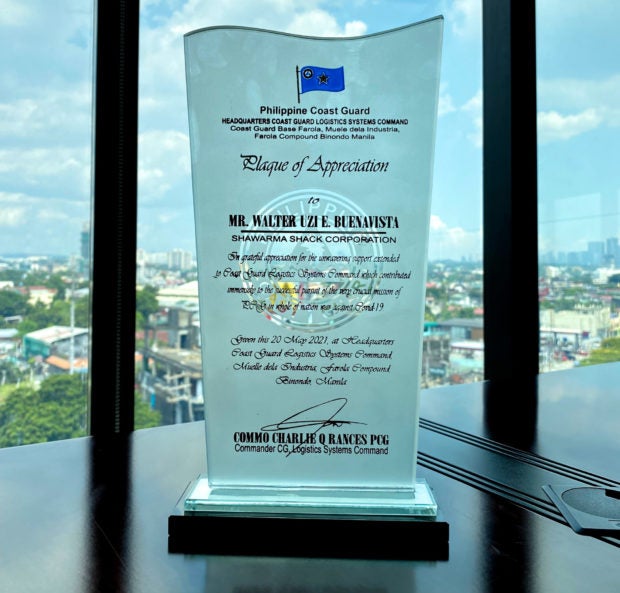 Last year, Filipinos saw scores of disasters shake the nation: Typhoons, volcanic eruption, and the onslaught of the coronavirus disease (COVID-19) pandemic. These adversities brought many people to their lowest point, and also highlighted the need for society to work together in a bid to resolve the suffering experienced by many. In January, the eruption of Taal Volcano took Filipinos by surprise as it has remained dormant for a number of decades already. It forced thousands of families living in the province of Batangas to flee their homes in order to be safe from the plumes of ash and lava coming out of one of the country’s most active volcano. Typhoons also brought havoc in the country in the latter part of 2020, submerging numerous towns in floodwater for weeks. Homes, infrastructure, and commercial facilities were destroyed. Bicol suffered the worst from these back-to-back storms as it was pounded by three powerful typhoons within a span of two weeks—Super Typhoon Rolly, Typhoon Siony and Typhoon Ulysses. Cagayan Valley and Isabela in the northern part of Luzon also witnessed a massive trail of  destruction from Typhoon Ulysses after it brought the worst flooding in these areas in almost four decades, according to local officials. Even Metro Manila and its neighboring provinces were not spared from the devastation which refreshed memories of Typhoon Ondoy in 2009.

Shawarma Shack stepped up its efforts in reaching out to the people affected by these natural  disasters. Knowing people’s needs during these trying times, the company coordinated with the PCG and other government offices to bring their initiative closer to Filipinos, helping them recover from the crisis.

Trucks loaded with food, water, and other essential supplies were deployed to badly hit areas in Bicol, Cagayan Valley, and Rizal province. Smiles were evident despite being masked-up–a true testament to how Filipinos continue to display their strength and resilience in the midst of difficulties.

Most of these disasters happened amid a backdrop of the COVID-19 pandemic. It altered people’s way of life not only in the Philippines but everywhere else in the world, challenging health systems and societal norms that have been kept in place for so long. Every sector faced serious tests throughout the public health emergency.

Shawarma Shack also made it a point to help frontliners at the onset of the crisis, donating thousands of shawarma products as a way of expressing their gratitude to medical workers and security forces who have been standing on the front lines of crisis mitigation.

The bayanihan spirit is indeed very much alive among Filipinos no matter the situation. It’s a testament to the great lengths people would go to in order to help uplift one another after a string of adversities. Through these collective efforts, Filipinos can surely surpass these challenges and wield a better future everyone can look forward to.

Roque not surprised by opposition to ILC nomination: They do not wish anyone to succeed