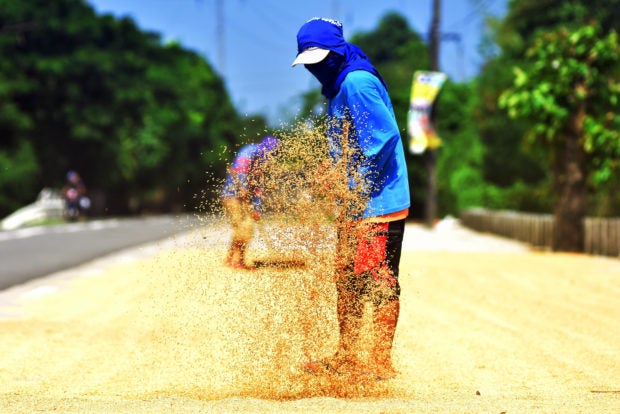 The Federation of Free Farmers (FFF) views Malacanang’s assurance that rice imports would be banned during harvest time as “deceptive” and “legally untenable.”

This raised farmers’ fears that cheap imports will again flood the country and depress palay prices for local producers. The justification for the EO falls flat on its face as rice prices are stable, the flow of imports was normal and rice inventories were at comfortable levels.

On July 25, 2019, Duterte declared a similar policy of banning rice importation during harvest time at a dialogue with farmers in Candon City, Ilocos Sur. At the time, farmers had been complaining about plunging palay prices because of massive imports as a result of the Rice Tariffication Act taking effect on March 5, 2019. But soon after his dialogue with the farmers, the President reversed his position upon advice by his economic managers. 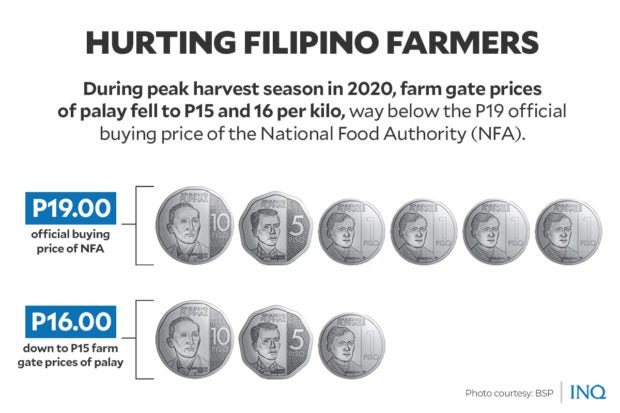 In 2020, the Department of Agriculture sought to manage the importation of rice by suspending the issuance of Sanitary and Phytosanitary Import Clearances (SPSICs) starting in September of that year. However, the move did not arrest the drop in palay prices. During peak harvest season in 2020, farm gate prices of palay fell to P15 and 16 per kilo, way below the P19 official buying price of the National Food Authority (NFA).

The DA failed to disclose that SPSICs issued before the moratorium had validity periods of 30 to 60 days. As a result, some 232,000 metric tons of imports still came in while farmers were harvesting between September and November in 2020.

A moratorium on imports will also have limited effect, because traders will just bring in their shipments before the ban takes effect. The market will still be flooded and warehouses will still be full with cheap imported stocks when farmers start harvesting, especially if the proposed tariff reduction under EO 135 pushes through. This will surely result in reduced palay prices. 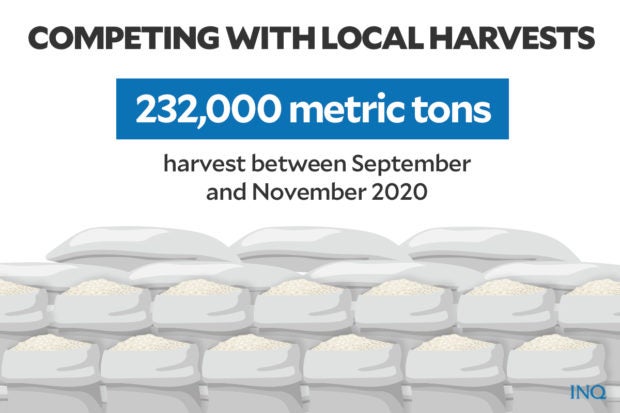 The FFF reiterated its earlier warning that withholding SPSIC issuances to restrict imports is illegal under the Rice Tariffication Act and the rules of the World Trade Organization (WTO).

Section 3 of the Rice Tariffication Act repealed all laws “granting government agencies the power to impose [quantitative import] restrictions on agricultural products or hindering the liberalization of the importation of rice”. The law defined “quantitative import restrictions” as “non-tariff restrictions used to limit the amount of imported commodities, including, but not limited to, discretionary import licensing and import quotas.”

At the WTO, the United States has reportedly started questioning the legality of the Philippine DA’s suspension of quarantine clearances for the importation of rice and other agricultural products.

The WTO allows the use of SPS measures only if imports are proven to be harmful to local plants, animals or consumers. While WTO rules do allow us to temporarily impose additional “safeguard” tariffs to control import surges, the DA has rejected this option in favor of a remedy that violates both WTO and Philippine laws.

We call on Sen. Cynthia Villar, chair of the Senate agriculture committee, to immediately call for a hearing to deliberate on Senate Resolution No. 726 urging the President to withdraw EO 135.

We hope that Senator Villar and the other senators act immediately to protect three million rice farmers, in the same way that they defended our pork producers recently.

(Editor’s note: Raul Montemayor is national manager of the Federation of Free Farmers)