He welcomes the “crazy” ideas, challenges with a “why not” mindset, trusts and empowers people to lead the projects, and steers the company with a strong sense of family. He values learning and mentorship, and believes that being different is not all that bad.

In fact, Wee himself dared to be different. He charted another course for himself outside the family business and ended up successfully leading Wee Community DeveloPERs Inc. (WeeComm)—a company carving a niche in the cutthroat Philippine real estate industry, and has been creating “beyond ordinary homes for all” since its inception in 2008.

Wee—son of Philippine Ambassador to Indonesia Lee Hiong T. Wee and multi-awarded philanthropist Rosalind L. Wee—comes from the family behind the W Group, known for its office buildings in Bonifacio Global City.

According to him, he started working for the family business in 1998, and left in 2002 to learn the ropes of the real estate trade. He landed a job in Pro-Friends as one of the mentees of its CEO, Guillermo Choa, from whom he learned essential business skills. 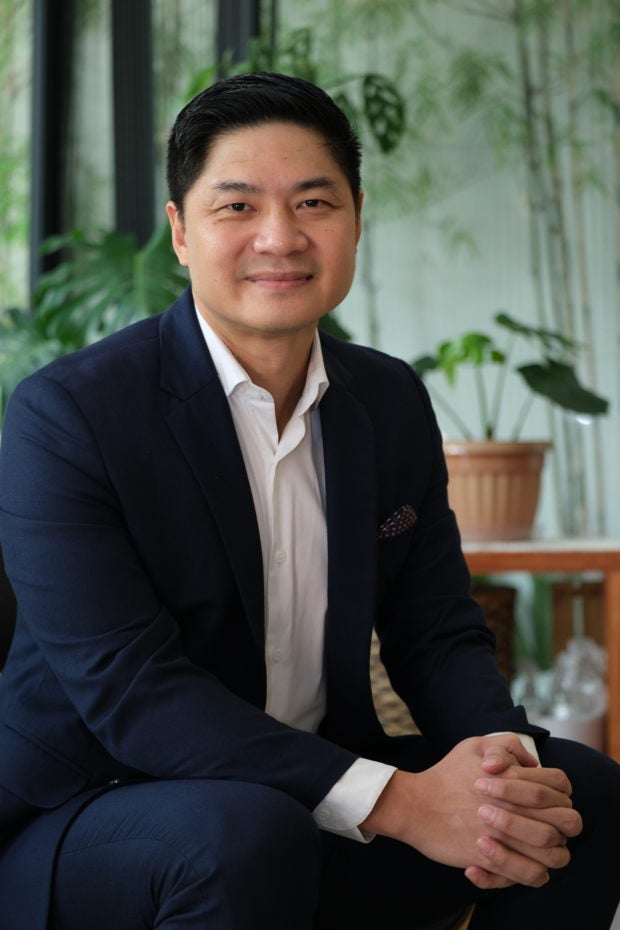 “I worked under him for five years. Initially, the idea was I was going to learn more about real estate. But I took a big pay cut and I was everyone’s assistant, before I worked my way up to become a project director, investor, and a consultant. At that time, I didn’t know why I was doing these things. I felt it was not a good use of my skills and expertise,” Wee recalled.

“But now, having my own business, I realized why Uncle Gerry did that to me. It was for me to have better appreciation of the people and the jobs they do. Breaking down what people have to do is easy, but doing it yourself is different. When you start your own company, it’s a big plus that you can tell everyone in your organization ‘I know how to do that’. I have a better understanding of where everyone is coming from,” he added.

Charting his own course

Although Wee went back to the family business after a five-year stint at Pro-Friends and had helped successfully launch the W Tower in BGC, he decided to chart his own course. Wee took all the good things he learned from the family business, the W Group, and from Choa, and put up his own company, Wee Community DeveloPERs. 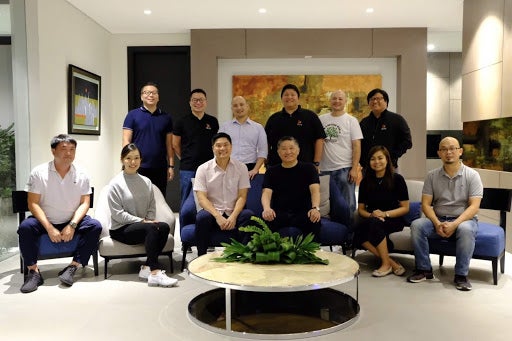 “I bought a property in San Juan and built a seven-story building, The First Baron Residences. To be honest, I didn’t think it would be more than that. I wanted to prove that I can do something on my own. I turned over that project in 2010. I didn’t make much money from it. But it was a project to tell myself that I can do this, from start to finish. It was more of a discipline project than a financial reward project,” he shared.

“After that, I had planned to go back to the family business. But things happen. The property beside the property I developed was selling to me and the address was 168, and for the Chinese, 168 is a lucky number,” he explained.

As he decided to pursue this venture, Wee took in partners and tried to find creative ways to grow and expand the company.

“That’s when the mentorship program was formed. Actually, it’s a program of Gerry Choa and Pro-Friends but we refined it a little bit. Under this program, we invite friends to come and learn about the business, and give them the opportunity to invest in projects. We also talk to family businesses who have properties they want to develop but don’t know how. So what we do is form a joint venture to develop the property. In turn, they bring in a family member who can learn more about the business from our company. This helped us grow the company,” he explained.

Since then, WeeComm has turned over more than 4,000 housing units from six fully sold out projects in Metro Manila. It has ongoing projects such as Harbour Park Residences in Mandaluyong, Grand Mesa Residences in Quezon City, Emerald Estates in Iloilo City, and The Diamond Heights in Davao City, while upcoming developments include Jacinta Enclaves in Cainta, The Flats Mandurriao in Iloilo, Intalio Estates in Cagayan de Oro, among others.

Sales meanwhile had been robust over the years, peaking at P5 billion in 2019. Even during the pandemic, sales remained brisk, with WeeComm recording P3.5 billion. From 2015 to 2020, WeeComm sales reached a total of P17 billion. 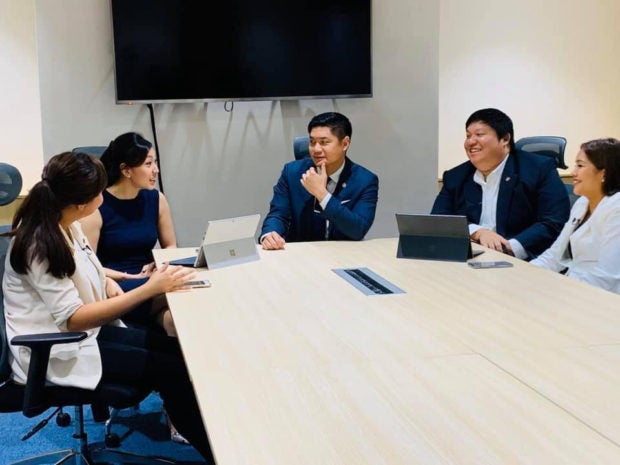 With such an impressive performance, WeeComm is now setting its sights on a more ambitious goal—to hit P40 billion in sales by 2025. The target is to generate P10 billion in sales from each of the four key areas that WeeComm is present, namely Metro Manila, Davao, Iloilo and Cagayan de Oro. WeeComm is likewise expanding its footprint to more areas including Rizal and Bacolod City, as well as diversifying its product offerings.

WeeComm’s success comes as no surprise.

After all, the company offers an environment that is fun, happy and productive, and where every employee is considered family. It has empowered many to take on projects through its mentorship program, which ensures that projects are never cookie-cutter developments. As partners and employees become invested in the project, all the more will they ensure that the concept will work.

WeeComm also made it its mantra and strategy to go beyond ordinary in terms of lifestyle, convenience, exclusivity and quality of life.

“We don’t want to build projects where people are just going in and out of their houses. It’s not just a box, a place where you just go to sleep. We always try to envision how they live. It should be something they will be proud of,” he said.

This is also the reason why WeeComm is a company that asks why not; one that breaks away from the old school mentality; and one that welcomes the “crazy ideas.”

“If someone gives us a crazy idea, we’ll never look down on it. We’ll always explore that crazy idea. One example is what we call the Superblock, which is patterned after the walk-up apartments in the United States. This is something we’re bringing to the market this year, and we’re selling it for around P2 million for a 50 to 55 sqm two-bedroom unit that will have floor to ceiling windows,” Wee said.

“Our out-of-the-box mentality, us trying to be different helped us… If you ask me about our projects, I always remember the crazy ideas. Another one was for our first project, in which we put the townhouse concept inside the condo. So you have two floors for every unit and at that time, it was unheard of, but it sold really well because it was such a unique idea,” he said. 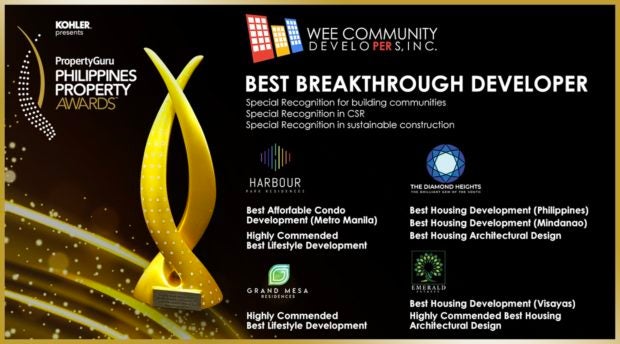 Indeed, WeeComm has come a long way from the past 13 years. But for sure, all these achievements and impressive accolades will not stop WeeComm from doing what it does best: come up with more crazy ideas, think out of the box, and provide a home that Filipinos deserve.