What to say to cash-rich, debt-free Pacman

What Saranggani Representative Manny Pacquiao owns today is more than what 95 percent of Filipinos will ever have – a house in Forbes Park that reportedly cost P388 million, properties in Los Angeles, a residence in Brentville, expensive cars, businesses, and loads of cash, among others.

Endorsements left and right abound, with some price tags reaching about P50 million, and more are coming.

For now he is the richest lawmaker in the country, or he’s the only one who declared his statement of assets and liabilities and net worth at P1.13 billion as of Dec. 31, 2010.

But rumors of his expensive ways abound – taking an entourage via a private plane anywhere in the United States, having his own bus when he travels during his fights or workouts, betting big in cockfights.

Bulk of his wealth comes from his winnings of the past few years plus the percentage of the pay-per-view buys, closed-circuit tickets, gate receipts and merchandise sales.

SundayBiz sought some unsolicited advice for Pacman – what would you say to rich and debt-free Manny?

If he listens to some of these, he may not go the way of Mike Tyson, who went bankrupt, or some other boxers and star athletes who died poor after being very rich.

Put it in BDO 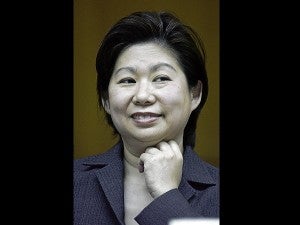 Put it in equity, in property and of course, BDO! (SM owns the bank, one of the biggest in the country.)

Get an investment consultant

I would advise him to see an investment consultant who can help him plan his portfolio so he can spend what he wants but not risk losing everything with a bad decision.

Next, I would put up a foundation like Bill Gates/Warren Buffett and share my wealth to help solve a problem, say education or public health. But a real solution that is sustainable and not a one time thing.

Third, I would look for a business for my family to get into so they stop asking for doleouts and so they will learn how to earn their own money.

Last, I will plan for retirement from boxing and concentrate on being a remarkable congressman. 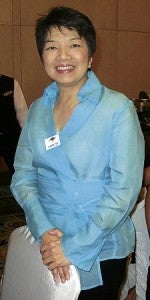 Expand its core business if he sees more growth potential in it.

Be on the prowl for strategically relevant acquisitions.

Buy back its shares if its stock is undervalued.

The one thing it must not do is mindlessly acquire companies that have no strategic significance to its business in the hope that it can flip these holdings at a quick profit.

Past president of the Management Association of the Philippines

From the many times I have heard Pacman speak, my sense is that he has three financial objectives.

One is to provide a very high quality of life for the current and future generations of his family.

Second, I believe he would like to use some of his wealth to help alleviate poverty in the Philippines.

Third, he would like to have a separate source of funds from which to indulge in his personal hobbies and make bets on higher risk investments and ventures.

My first advice would be to divide the enormous wealth he has into these three parts; each of which will have its own investment and management strategy. His vision for his family, and the kind of upliftment he would like to make in our society should be as clear and as specific as possible.

Family. He should quantify the costs and resources needed to provide a very comfortable life for his family today, and for succeeding generations. There will be annual costs (education, health, some luxuries, etc.) and large one-time costs (house, capital for a new venture, etc.). The investment approach for the “Take Great Care of My Family” fund should be for preservation, continuity and stability. The right investments would be in cash or bonds denominated in strong currencies or backed by highly stable companies and countries.

Philanthropy. Once again he should estimate the resources required for the kind of philanthropic projects that he would like to pursue.

I would strongly recommend that he follow the model developed by Bill Gates. He and his wife Melinda made a 5- and 10-year plan, and were therefore able to pinpoint specific areas where to achieve concrete and sustainable results.

Bill Gates set up a trust structure and hired a professional and very competent team to manage his foundation.

If anyone approaches the Pacman for support, he can refer them to the management team. It will go through a certain process and increase the chances that Pacman will be able to make the greatest difference in vital areas to alleviate poverty in our country.

This foundation and his legacy will be crystal clear, and will continue to help the poorest and most defenseless of our country beyond Pacman’s lifetime.

Personal hobbies and higher risk investments. This is Pacman’s discretionary or “do whatever he wants with it” fund. This is where he can draw funds to buy himself a nice sports car, or invest in higher    risk but also higher reward ventures, equities, bonds, etc. 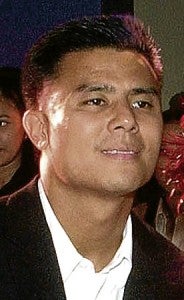 He can be more daring with this fund because he has already provided very well for his two other responsibilities or objectives which are his family and his country.

This is how I would advise him to manage the considerable and hard-earned wealth that he has today. He should divide his money by objective or vision; and use a structure and investment approach that best suits each objective.

Surround himself with right people

He should surround himself with people who can preserve or grow what he has in the proper way. No need to rush and aim for quick big bets since the base is already huge to begin with. A professional financial advisor who can talk to him in the same wavelength is definitely a must-do.

Defining a significant portion of his wealth to help others in a structured way is wise. 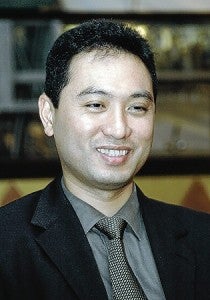 Mr. Pacquiao is a perfect example of a Filipino who had humble beginnings but made it big, in fact bigger than what he thought he would ever become. He is at the peak of his career and probably will be even more successful years ahead.

But just like every good thing, one day, he will have to hang up his gloves. Apart from his legacy in the annals of global boxing history, he has well created a big estate for his family along the way. The world created a product that conserves one’s estate, that insures the most important asset which is the breadwinner, and one that creates money where none existed before.

This is the beauty of life insurance which protects more than 10 times one’s annual income. Instead of buying Hermes’, getting a “bagful” of life insurance is the incomparable lasting gift for the people dearest to him, his loved ones. 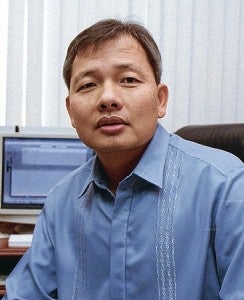 According to tycoon Manuel V. Pangilinan, Pacquiao should examine closely what he intends to achieve with his assets and juxtapose this with what he is willing to do to achieve those goals.

“That’s pretty much, for me, an individual decision,” Pangilinan says. “It depends on several factors. It depends on his risk [profile].”

The head of the PLDT conglomerate declined to provide specific advice for the boxer, but noted that there is “an entire spectrum” of potential asset management methods and vehicles, depending on Pacquiao’s stomach for risk.

“At the end of the day, it depends on whether he’s a risk taker or if he’s risk averse,” Pangilinan says.

He notes, however, that Pacquiao’s main earning asset – his physical abilities as a champion athlete – is a finite resource that will, at some point in the future, exhaust itself naturally.

“So, you have to plan for your future based on that ‘shelf life,’ so to speak,” he says.

The head of San Miguel Corp. – the boxer’s other main commercial sponsor in the Philippines – notes that Pacquiao should have a healthy mix of investments in his portfolio, just like the way the smartest investors manage their assets.

According to SMC president Ramon Ang, the boxer may want to set aside a small portion of his assets for relatively riskier investments like the stock market, while keeping the bulk of his assets in long term investments, like bonds and real estate.

“Maybe a small portion should be allocated for investments with faster turnaround times, which tend to be riskier,” he says. “But a large amount should be set aside for the long term future, like when he retires years from now.”

Ang says that the boxer’s investments in prime real estate – like his recent purchase of a mansion in Forbes Park – are good moves which will reap benefits down the road.

“It’s all about being smart about your money, and he has shown that he can do that,” he says.