Mr Tetangco’s board election increased the number of PSPC independent directors to four joining the distinguished roster of Cesar A. Buenaventura, Fernando Zobel de Ayala, and Lydia B. Echauz. 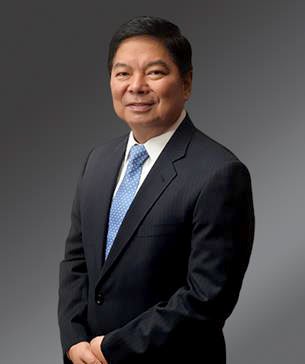 Tetangco is the only person so far to have served two six-year terms as BSP governor from 2005 to 2017. He joined the BSP as a statistician in 1974, marking the start of a distinguished central banking career for over four decades that saw the country go through tough challenges.

As director of the International Economic Research Department, he was involved in crafting a debtrestructuring package in the 1980s to enable the country to postpone payments due to low foreign exchange reserves.

Tetangco was also integral as managing director for economic research and treasury in implementing measures that re-stabilized the foreign exchange market and the financial system during the 1997 Asian Financial Crisis.

By the end of his term, BSP was described in an S&P report dated May 14, 2017 as having “a record of supporting sustainable economic growth and responding appropriately to changing economic circumstances. Its ability to maintain macroeconomic and price stability through an economic cycle has been tested, including a period of exogenous shocks.”

Tetangco was conferred the Order of Lakandula with the Rank of Bayani by the President of the Philippines in 2009 and the Order of the Rising Sun, Gold and Silver Star by the Emperor of Japan in 2019. He has been recognized multiple times as one of the world’s top central bankers by the Global Finance magazine of New York, consistently receiving an “A” rating in the Central Bank Report Cards.

The 2015 MAP Management Man of the Year currently sits on the board of private corporations in the health care, auto, hotel, leisure and tourism development, telecommunications, and credit information sectors. He is also a trustee in foundations involved in education, health services and social welfare.

Home is where we feel most free

Globe values diversity in the workplace; celebrates women leaders who are also mothers

Read Next
DA: New SRP for imported pork to be out this week
EDITORS' PICK
Ahead of ONE: Full Blast II, Mongkolpetch warns Elias Mahmoudi: ‘Watch out for my fists’
Taguig exceeds daily COVID-19 vaccination target of 6,800 individuals for 3 days
Robredo urges supporters: Don’t think we’re the only ones who are good
Alex Eala wins Grand Slam on Independence Day: ‘I hope I made my contribution to the country’
PH logs 7,302 new COVID-19 cases — DOH
Kai Sotto continues to inspire Filipinos by sharing his passions and stories with Smart Prepaid
MOST READ
China cautions G7: ‘small’ groups don’t rule the world
Leni vs. Sara
PH to have cloudy, rainy Monday — Pagasa
1Sambayan to nominees: Stick to word of honor
Don't miss out on the latest news and information.