In response to increased cases coming from countries such as India, the government of Singapore recently reimplemented stringent COVID-19 restrictions. One could say this was done out of an abundance of caution.

Singapore’s disciplined response to how the pandemic is playing out in its backyard has enabled the city-state to survive and set itself up to thrive beyond the pandemic. Indeed, until recently, Singapore was engaged in a phased and robust reopening: workplaces were returning to 75 percent capacity. Live performances, sporting events and in-person conferences increasing to 750 persons with preevent testing required, or only 250 persons with no testing. The city-state has also engaged in one of the world’s fastest vaccination regimes. The government aims to achieve 100-percent vaccination of the island-state’s 5.7 million people by the third quarter of 2021. New infections are essentially zero, or practically so. “We will move forward in a controlled, steady manner, looking at data, looking at evidence every step of the way and adjusting our measures,” Lawrence Wong, Singapore’s Minister for Education and cochair of its country’s coronavirus taskforce said previously.

Like its economic, technological, engineering and social achievements, Singapore’s success managing the public health and economic crises caused by COVID-19 is impressive, by any standard.

Comparing Metro Manila with other cities around the world is a favorite pastime for many Filipinos. It is also a highly sensitive one, too.

One directly compares the world’s only island city-state of less than six million people to a fractured nation of 110 million spread across more than 7,000 islands and with multiple megacities and the complicated histories. However, Singapore’s trajectory from third world to first proves that even the biggest challenges can be overcome with the right vision and execution. Singapore success secrets: planning, strategy, stakeholder engagement and the humility to admit one doesn’t know everything.

A small, formerly ethnically divided island with no natural resources, Singapore has nonetheless recorded the highest gross domestic product (nominal) per capita in Asia, according to the International Monetary Fund, in just a couple generations.

So how did Singapore get there and what lessons could we take from its experience?

Not too long ago, before the pandemic, I was fortunate to spend an afternoon with Yu-Ning Hwang, chief planner and Deputy Executive CEO for Singapore’s Urban Redevelopment Authority (URA). I had reached out to her expressing interest in Singapore’s 19th Master Plan, which the URA had released. 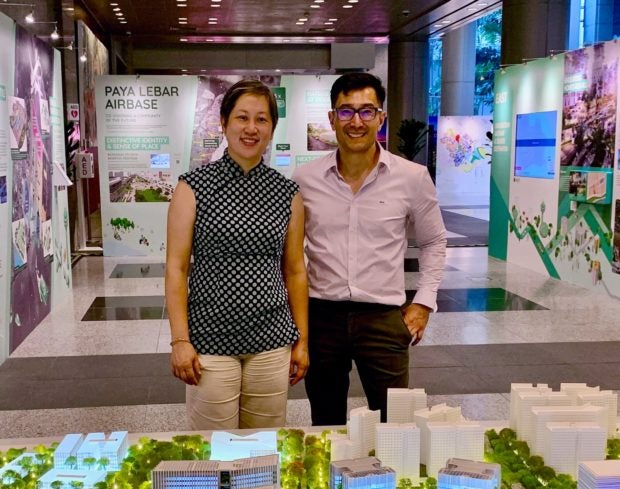 The URA is more than just a city planning office. With the tagline, “To make Singapore a great city to live work and play,” URA focuses on comprehensive and long term strategic planning to guide the physical development of the island. URA grants approvals for all private development, controls and curates urban design and enforces conservation guidelines. Innovation is a central focus.Over three hours, we had an enlightening discussion on how Singapore’s physical development came to be.

Every five years, Singapore updates its master plan. “We do it at least once every five years, so that we can keep things current and incorporate new and big ideas,” Hwang explained. Singapore works on two plans, a concept plan and a master plan. The master plan is a statutory land-use plan that guides actual physical development for 10-15 years. The most recent, Singapore’s 19th Master Plan, was launched in 2019.The country’s Concept Plan is visionary and multigenerational, ensuring planning for the next 40-50 years. In the Concept Plan, Singapore strategically balances land capacity with anticipated use needs such as housing, commerce, transportation, parks, defense and other community needs. Asked where Singapore’s rigorous and disciplined approach to planning originated, Hwang smiled. “Honestly, I don’t know where the tradition came from. Some of my hypotheses are that given our land constraints, there was so much importance placed on a plan to ensure development could get on the right direction. There are some countries where state lands are used to raise monies for the annual budget. Singapore’s situation is different. Money raised from state asset sales goes into our sovereign wealth fund, which is another instrument of our government to ensure Singapore’s long-term economic strength. So our plans are never motivated by short term needs.”

Lesson two: Executing strategy consistently, but adjusting it when necessary

Most visitors are familiar with Singapore’s Marina Bay Sands Hotel and Casino, featured in the film Crazy Rich Asians and the Amazing Race show, and the adjacent Gardens by the Bay. The complex opened in 2010 and is a huge tourist draw. But Hwang explained that strategic planning for the district actually began decades earlier, in the 1980s.“Reclamation for the site was done in the 1970s, actually. Then URA took their time to decide on a specific plan. We thought we should get international experts to provide alternatives. So one plan for Marina Bay was done by I.M. Pei and the other was done by Kenzo Tange. One plan called for a radial plan and the other, more grid-like. But we didn’t adopt either plan wholesale. Because we have in-house architects, by the time 2000 came around, we had new insights, identified changes and new requirements that needed to be made. We bring in experts to spark new inspirations and ideas but we make sure that when we execute we are doing so in our own way.” Right now, Marina Bay still has large swathes of open land left, which will be strategically opened up over the years to meet specific state or commercial goals.

Lesson three:  Engage stakeholders and really listen and learn from them

“It’s really critical to involve stakeholders and hear their perspectives on what our built environment should become and that’s where we as planners and government officials come into play. Some members of the public are ready to take on bigger ideas, maybe because they are large developers or businessmen. But some stakeholders are small size, say a family running a single shophouse. We’ll invest more time to work with the small businesses to help them and ensure their concerns are listened to. That’s very important, to give everyone a voice because then they can become very passionate about coming on board and supporting the overall plan,” explained Hwang.

Singapore’s leaders know well that no matter their success, they don’t know everything.

“We recognize we can’t be the best in everything. In fact, there are many areas where we want and should learn from other people—so many different models and approaches. Its always an evolving thing—if you travel around the world you see so many things in other cities and you’ll say, ‘Wow, that’s fantastic.’ And then the next thought is how can we adapt those to Singapore? “Cities and countries can never transplant wholesale—they need to internalize new ideas with current and future needs and aspirations. Then the idea needs to cook and be reproduced in a form that makes sense for the local conditions. I think we in Singapore are humble enough to know we have a lot of areas to learn,” she added.—CONTRIBUTED

The author is founder of SAMVADA, a Singapore and Manila-based management, technology and strategic communications consultancy. He can be reached at [email protected]