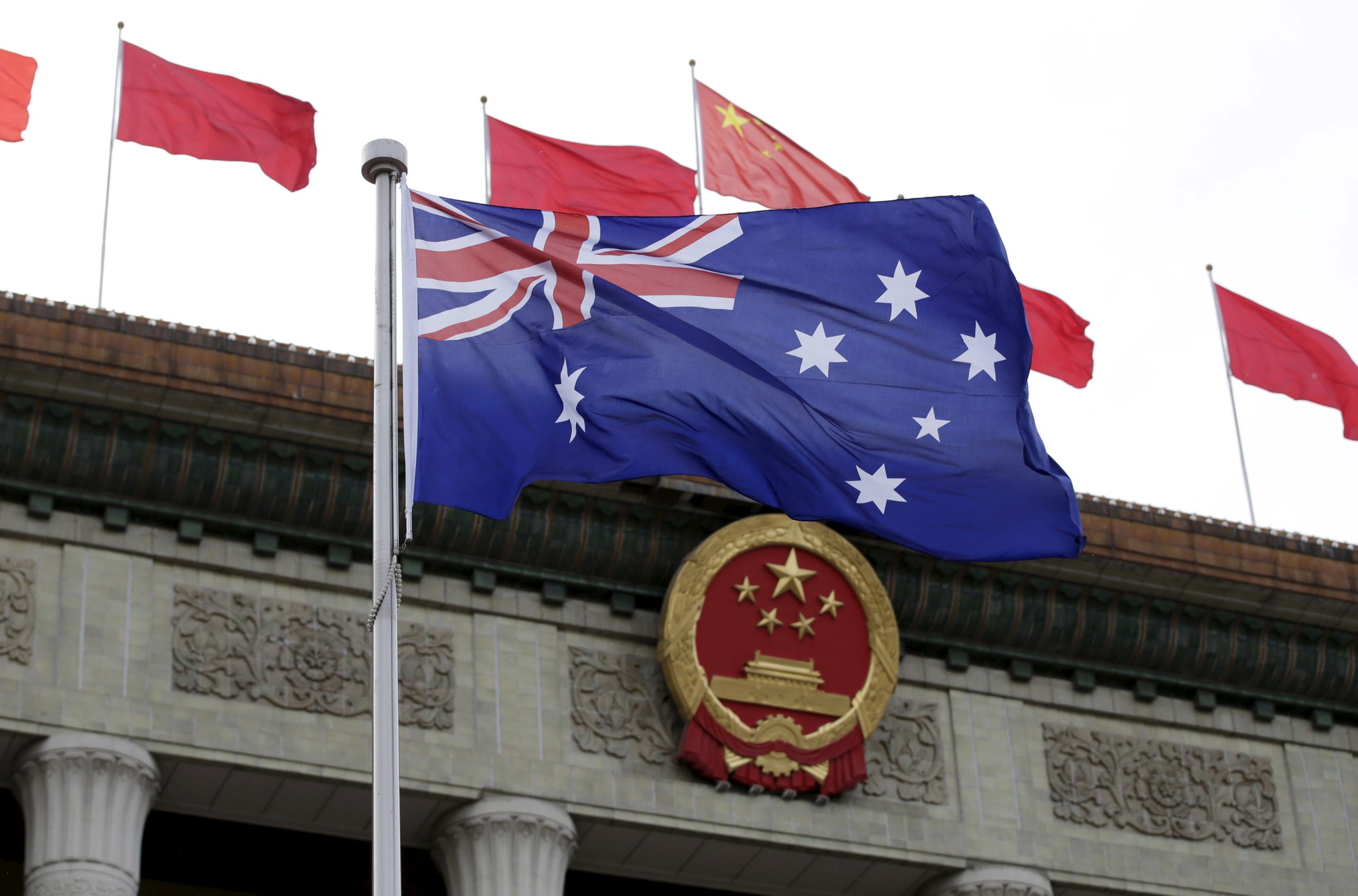 FILE PHOTO: Australian flag flutters in front of the Great Hall of the People during a welcoming ceremony for Australian Prime Minister Malcolm Turnbull (not in picture) in Beijing, China, April 14, 2016. REUTERS/Jason Lee

BEIJING — China “indefinitely” suspended on Thursday all activity under a China-Australia Strategic Economic Dialogue, its state economic planner said, the latest setback for their strained relations.

“Recently, some Australian Commonwealth Government officials launched a series of measures to disrupt the normal exchanges and cooperation between China and Australia out of Cold War mindset and ideological discrimination,” China’s National Development and Reform Commission (NDRC) said in a statement on the decision.

Bilateral ties were strained in 2018 when Australia became the first country to publicly ban Chinese tech giant Huawei from its 5G network. Relations worsened last year when Australia called for an independent investigation into the origins of the novel coronavirus, prompting trade reprisals from China.

Australia’s trade minister, Dan Tehan, did not immediately respond to a request for comment on China’s decision.

The last meeting under the mechanism, intended as a framework for economic cooperation, was in Beijing in 2017.

In the 12 months to March, Australia exported A$149 billion worth of goods to China, excluding services, of which iron ore was by far the largest product.

Australia in April cancelled two deals struck by its state of Victoria with China on its flagship Belt and Road Initiative, prompting the Chinese embassy in Australia to warn that already tense bilateral ties were bound to worsen.

Reuters reported this week that Australia is reviewing the 99-year lease of a port in its north to a Chinese firm, according to a government source.

Australia’s federal parliament granted veto power over foreign deals by states in December amid the deepening diplomatic dispute with China, which has imposed a series of trade sanctions on Australian exports ranging from wine to coal.

Read Next
Most Asian markets lifted by recovery optimism
EDITORS' PICK
Garcia softens stance, meets IATF halfway on swab-upon-arrival policy
TeaM Energy pushes development programs to help in pandemic rebound
Want to help local farmers? Shop small and eat Real Food
ICC is everything but a court of ‘white people’
Manila is 78th most expensive city in the world for foreign workers
Piolo Pascual: The Ultimate Heartthrob continues to level up
MOST READ
Sharon Cuneta on living in the US: ‘Nagagawa ko lahat ng normal na bagay’
ICC is everything but a court of ‘white people’
Duterte-Duterte tandem possible but ‘winnability is another question’ — Binay
More than 150,000 voters wiped off the registration list – Comelec
Don't miss out on the latest news and information.