Ethereum breaks past $3,000 to quadruple in value in 2021 | Inquirer Business
Close
menu
search 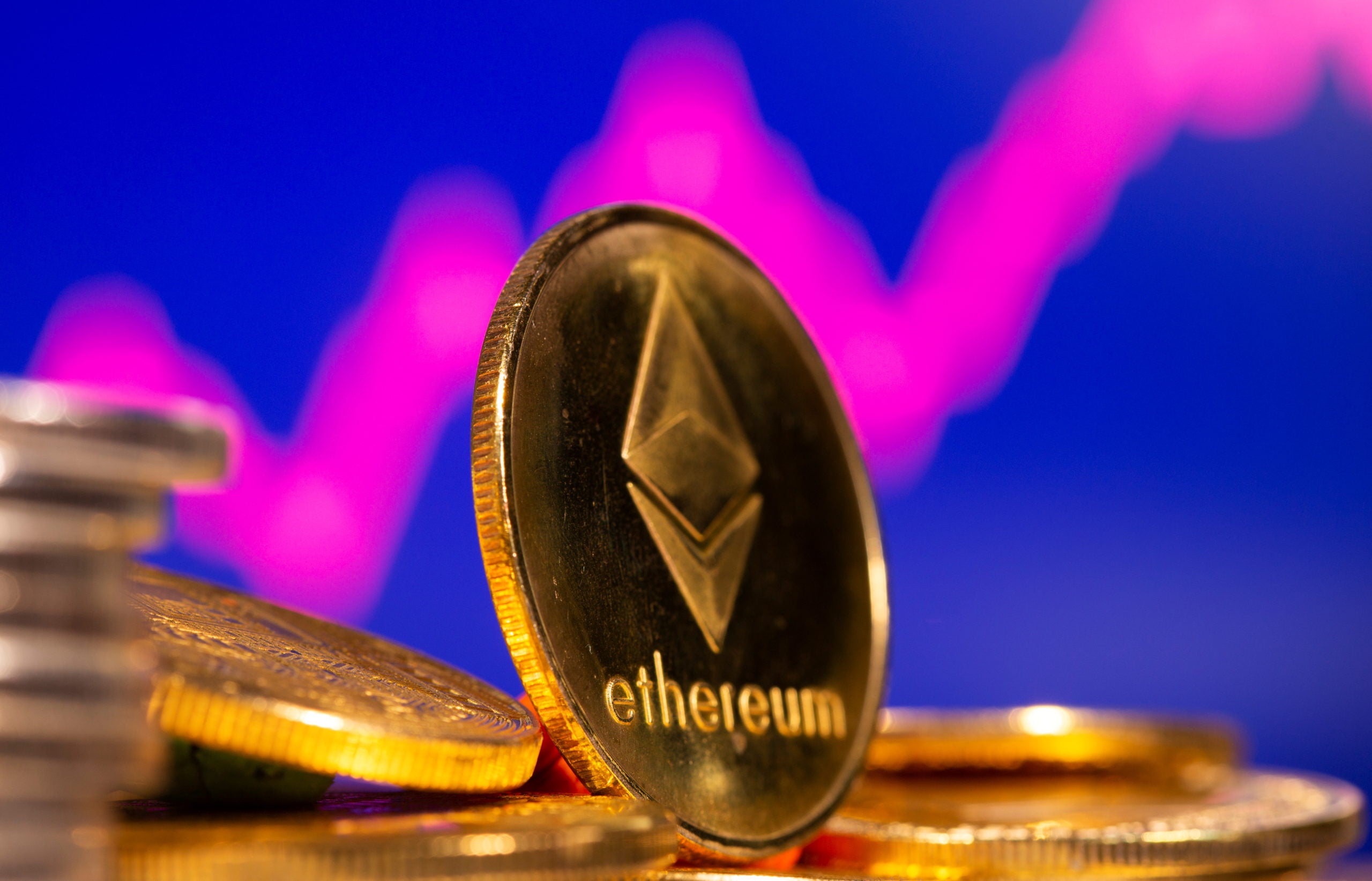 FILE PHOTO: A representation of virtual currency Ethereum are seen in front of a stock graph in this illustration taken February 19, 2021. REUTERS/Dado Ruvic/Illustration

LONDON — Cryptocurrency ether broke past $3,000 on Monday to set a new record high in a dazzling rally that has outshone the bigger bitcoin, with investors betting that ether will be of ever greater use in a decentralized future financial system.

Ether, the token transacted on the ethereum blockchain, rose 3% on the Bitstamp exchange to $3,144.81 in morning deals in London. It is up 325% for the year so far, easily outpacing a 95% rise in the more popular bitcoin.

“At first, the rally was really led by bitcoin because as a lot of the institutional investors came into the space, that would be their natural first port of call,” Quinn said.

“But as the rally has matured over the last six months, you have DeFi and a lot of DeFi is built on ethereum.”

The launch of ether exchange-traded funds in Canada and surging demand for ether wallets to transact non-fungible tokens such as digital art have also pushed up the price.

The ether/bitcoin cross rate has soared more than 100% this year and hit a 2.5-year high on Sunday, pointing to a degree of rotation into the second-biggest cryptocurrency as investors diversify their exposure.

Illustrating the momentum for such new transactions, Bloomberg reported last week that the European Investment Bank plans on issuing a digital bond over the Ethereum blockchain, while JP Morgan plans a managed bitcoin fund.

Venture capital giant Andreessen Horowitz is looking to raise a new fund of as much as $1 billion to invest in cryptocurrencies and crypto start-ups, the Financial Times reported on Friday, underlining interest in the sector.

The U.S. dollar was broadly steady.