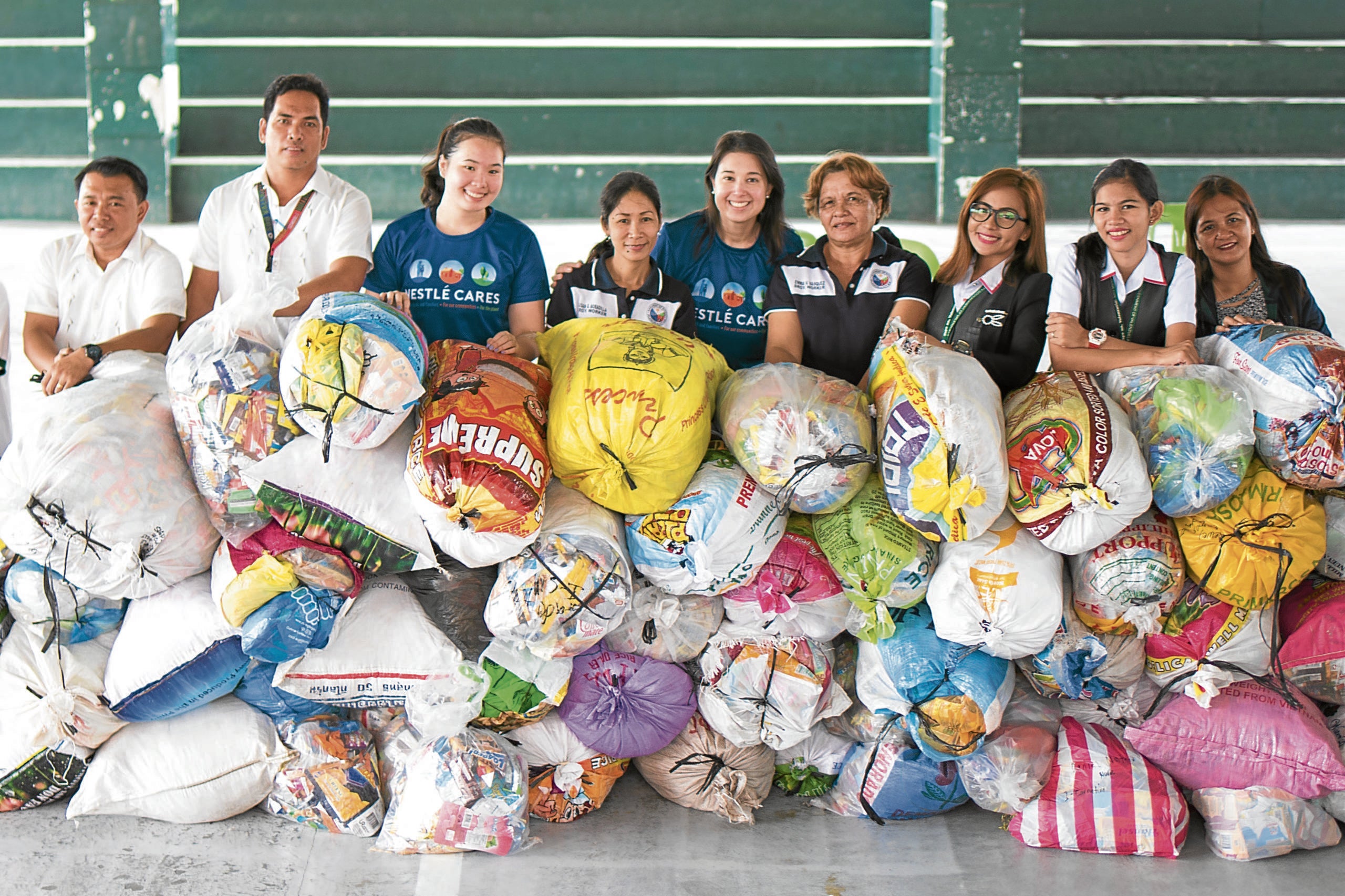 In August 2020, Nestlé Philippines collected 2,400 metric tons of plastic waste, the same volume that it produced that month.

Kais Marzouki, Nestlé Philippines chair and chief executive, said in a virtual forum last week the company intended to collect and divert an annual average of 26,000 metric tons of plastic waste away from landfills and oceans.

Marzouki said this was an important step toward ensuring none of their waste—mainly packaging of their products—ends up in the environment.

Nestlé’s additional commitments toward helping protect the environment also include reducing their use of virgin plastics by one-third by 2025, and reducing 30 percent of greenhouse gas (GHG) emissions by 2025 in their local operations —including factories, administrative offices and logistics networks.

In a 2019 report titled “No Time To Waste,” United Kingdom-based Christian charity Tearfund tagged the global foods giant—along with three other beverage makers—for their significant use of single-use plastic in their products.

But in August last year, Marzouki said Nestlé Philippines achieved their most important environmental milestone thus far, “by becoming the country’s first multinational FMCG (fast-moving consumer goods) company to attain plastic neutrality.” “This means we are collecting and co-processing, and therefore diverting from nature, the equivalent amount of plastic that we generate in our packaging,” he added. “Since then, (we have) collected 18,000 metric tons of plastic waste in the last seven months.” The CEO noted that as the world’s largest food and beverage manufacturer, the Nestlé group is called upon to take a leadership role in tackling climate change, which is one of the greatest threats to society today.

Markouzi said that, accordingly, Nestlé is leveraging its global size, scale, and reach to make a difference as it urgently pursues its ambition to halve its greenhouse gas (GHG) emissions by 2030 and reach net zero not later than 2050.

In terms of plastic waste, Nestle is working with local governments like that of Valenzuela City in campaigns like “May Balik sa Plastik.” The initiative is aimed at decreasing the amount of residual wastes in the city’s transfer station and landfill by incentivizing their collection per kilogram. Residual plastic waste is given a monetary value, giving locals a reason to collect rather than discard the waste haphazardly.

The waste are sorted for recycling or upcycling, or co-processing in cement kilns. For this latter part of the program, Nestle has partnered with Republic Cement for the use of the plastic waste in their manufacturing process. In Baliwag, Bulacan, Nestle’s partners are turning waste into eco-bricks and eco-pavers.

Also, in terms of electricity needed in their factories and corporate administrative offices, Nestle has been running such facilities in Luzon with renewable energy. Four factories in Batangas and Laguna as well as offices for their headquarters and a property-focused subsidiary are now using 100-percent renewable energy.

For this, Nestle is sourcing a total of 24.46 megawatts from the Aboitiz Power group’s MakBan geothermal complex.

“Nestlé Philippines will take a leading role in working towards net zero GHG emissions by integrating sustainable practices in our operations,” Markouzi said. “We will continue to seek out partnerships and collaborate with consumers, the government, industry, NGOs and other stakeholders, as we journey to a net zero future.”