With PayMaya’s rollout of QR Ph to its merchant partners, businesses can easily accept cashless and contactless payments not just from a PayMaya wallet user but also from any accountholder of QR Ph participating banks and other e-wallets.

“Today marks another milestone in our mission to build a Cashless Philippines as PayMaya becomes the first fintech company to support the BSP in its effort to accelerate digital payments around the country through the launch of QR Ph for merchants,” said Shailesh Baidwan, President of PayMaya. 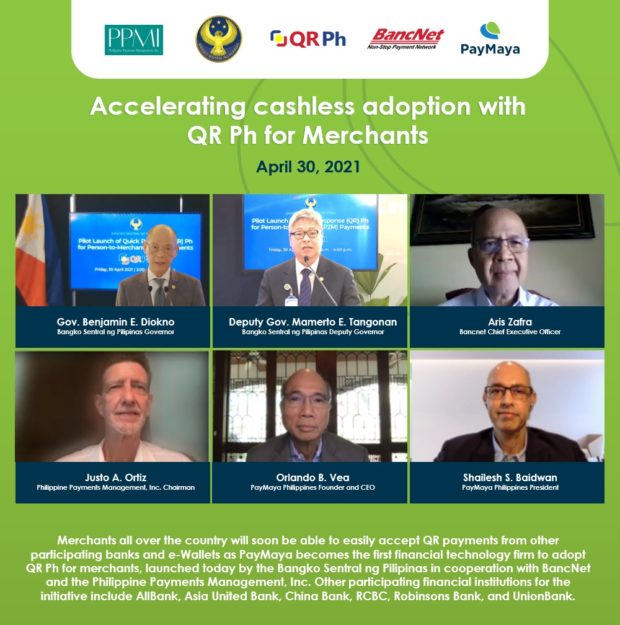 As a participating institution, PayMaya is now rolling out the QR Ph standard to its more than 116,000 merchant partners using its payment devices, gateway, and QR displays. PayMaya is the largest non-bank payment acquirer in the Philippines, enabling all types of enterprises to accept cashless payments – from big retailers, e-Commerce players, and government to micro, small, and medium-sized (MSME) merchants, including sari-sari store owners.

For merchants, this means a more streamlined payment acceptance experience, eliminating the need to use multiple QR codes catering to single wallets or accounts.

Building towards a Cashless Philippines

“As we conquer the New Normal, QR Ph for retail payments will surely get more businesses–from micro and small enterprises to the largest merchants–to go digital as more Filipinos can now easily and safely do interoperable digital payments using their mobile phones,” Baidwan said during his remarks at the virtual launch event. 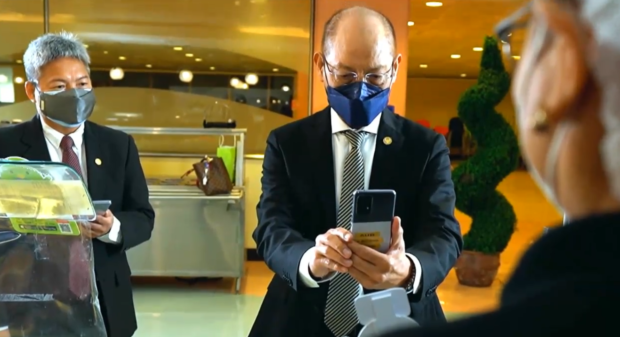 Bangko Sentral ng Pilipinas (BSP) Governor Benjamin Diokno (right) and Deputy Governor Mamerto Tangonan (left) successfully complete their contactless transaction by scanning the PayMaya-enabled QR Ph code for merchants using the AUB and China bank mobile apps. Launched by the BSP on April 30, QR Ph for merchants enables businesses to accept payments from customers of other banks and financial institutions for various transactions. PayMaya is the first financial technology firm to adopt the national QR code standard for merchants, which will be rolled out to its partners in the next several months.

The BSP is targeting a full nationwide rollout in September this year as it targets to achieve a “cash-lite” economy by 2023. Under its Digital Payments Transformation Roadmap, the BSP envisions to convert 50% of the total volume of retail payments into digital and increase the number of adults with financial accounts to 70% of the population.

In late 2019, PayMaya also became the first e-wallet in the Philippines to adopt the QR Ph standard for person-to-person payments, allowing PayMaya users to receive fund transfers from other participating banks and e-wallets by simply scanning the QR Ph code in their PayMaya app.

“With cashless payments now the default for many Filipinos, we are committed to introducing new innovations that will help both consumers and merchants safely and conveniently accept digital payments for purchases, whether it’s in their physical stores or online,” Baidwan said.

PayMaya is the only end-to-end digital payments ecosystem enabler in the Philippines with platforms and services that cut across consumers, merchants, communities, and government. Through its enterprise business, it is the largest digital payments processor for key industries in the country including “everyday” merchants such as the largest retail, food, gas, and eCommerce merchants as well as government agencies and units.

Through its app and wallet, PayMaya provides over 28 million Filipinos with access to financial services. Customers can conveniently pay, add money, cash out or remit through its over 200,000 digital touchpoints nationwide.

Its Smart Padala by PayMaya network of over 37,000 partner agent touchpoints nationwide serves as last-mile digital financial hubs in communities, providing the unbanked and underserved with access to digital services. To know more about PayMaya’s products and services, visit www.PayMaya.com or follow @PayMayaOfficial on Facebook, Twitter, and Instagram.

Choosing the right toilet for your bathroom