Vietnam’s answer to Tesla has US in its electric sights 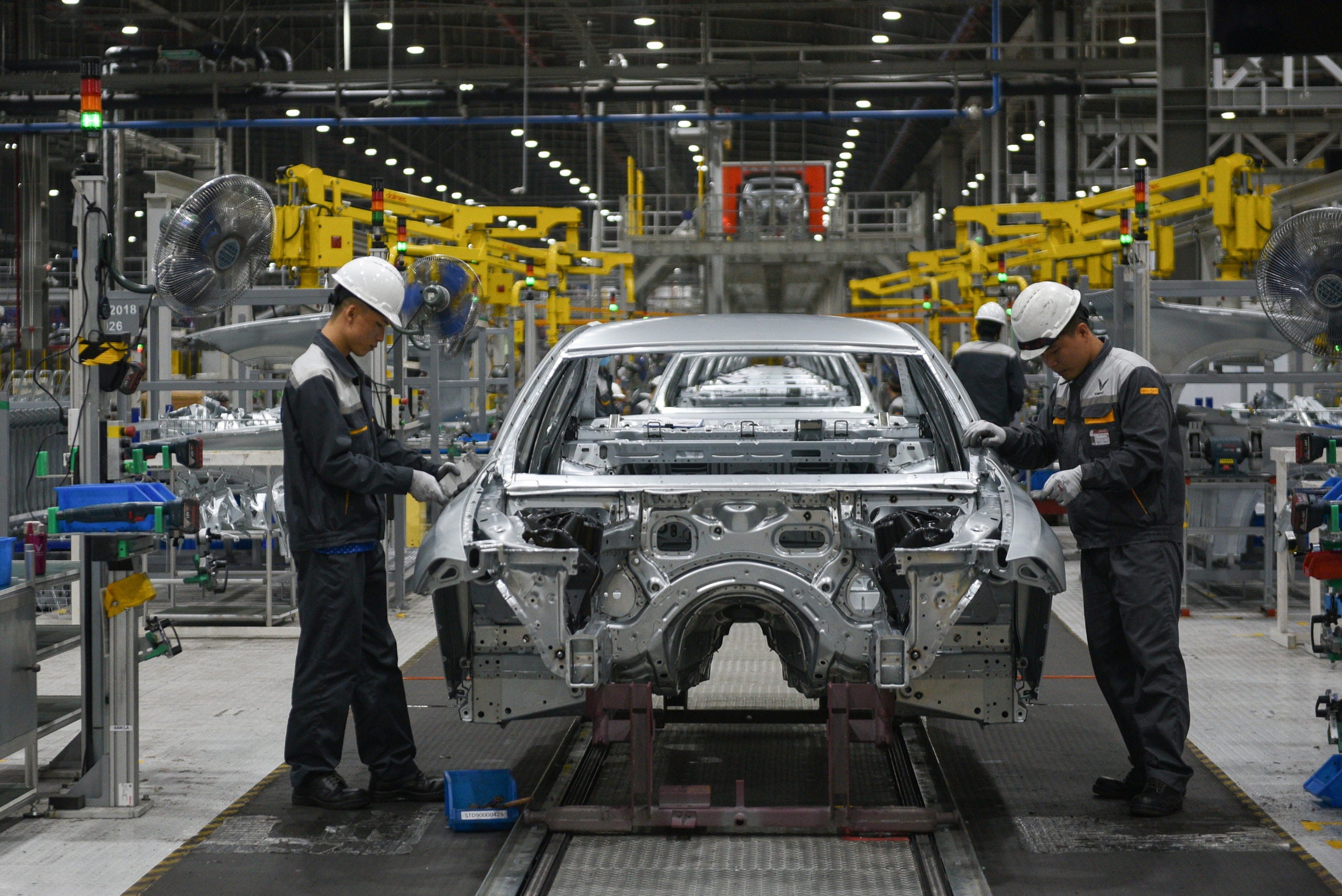 HAIPHONG, Vietnam — Move over Tesla, how about a VinFast?

That’s the proposition being offered by the automobile arm of Vietnam’s largest conglomerate, Vingroup. It’s betting big on the U.S. market with its VinFast line of cars and hoping that electric SUVs and a battery leasing model will be enough to woo consumers away from homegrown market leaders like Tesla and General Motors Co.

A recent arrival on the automotive scene and the No. 5 car brand in Vietnam, VinFast is not short on ambition, with its sights set on a U.S. listing and a valuation of as much as $60 billion, according to two sources familiar with its plans.

It will launch in North America and Europe in 2022, CEO Nguyen Thi Van Anh told Reuters, joining a crowded field of players seeking to compete with Elon Musk’s Tesla, including a slew of loss-making upstarts fuelled by a Wall Street fundraising craze.

“We are going to North America – U.S., Canada – and Europe at the same time. In Europe, we’re going to Germany, France, and the Netherlands,” Van Anh said in an interview at the company’s sprawling factory complex near the northern port of Haiphong.

Standing behind VinFast is Vingroup, Vietnam’s answer to a South Korean chaebol or catch-all conglomerate. Founded as an instant noodle business in post-Soviet Ukraine, the company’s trajectory has mirrored that of Vietnam, one of Asia’s fastest-growing economies, with interests spanning real estate, resorts, schools, hospitals, and smartphones.

Even with such formidable local backing, VinFast has its work cut out as industry giants such as General Motors, Toyota, and Volkswagen spend tens of billions of dollars to develop electric and driverless vehicles.

Founded in 2017 with a team led by former General Motors Co executives, the company is aiming to compete on vehicle size and price – pitching an electric SUV that Van Anh described as “more luxurious” than those currently on offer.

VinFast cars will also come with a battery leasing scheme that means the cost of the battery, one of the most expensive components of an electric car, will not be included in the final price.

“I’m going to give you a better product. I’m giving you an SUV. I’m giving you a more spacious car,” said Van Anh, who will relocate next month from Hanoi to Los Angeles to head VinFast’s U.S. operations.

According to a presentation prepared by the company for potential investors, VinFast cars will be cheaper compared to other electric-vehicle (EV) models.

A Tesla SUV sells for around $50,000, but Van Anh, who declined to discuss potential competitors, would not be drawn on how much a VinFast SUV would sell for. Two of the company’s three electric models are destined for the United States, where the company is targeting annual sales of 45,000 cars, she said.

An edge over the competition?

There is precedent for Asian carmakers cracking the U.S. market. Toyota in the 1970s and Hyundai in the 1980s overcame initial skepticism with products that eventually stole market share from U.S. manufacturers.

VinFast, which achieved annual sales of around 30,000 units last year in Vietnam and has yet to make a profit, faces an uphill battle. 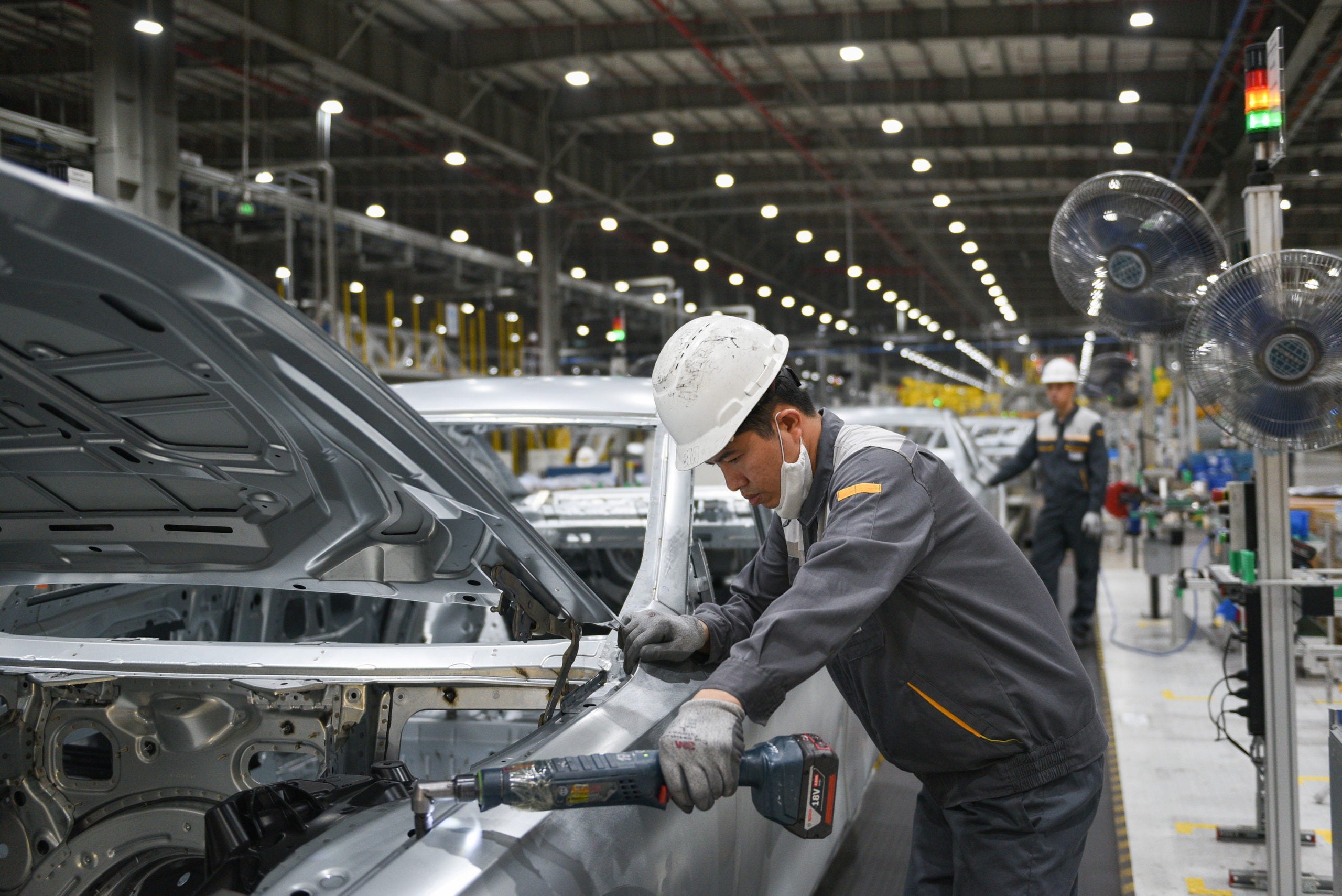 “Their biggest challenge is convincing consumers that they have a solid product and a compelling value proposition,” said Bill Russo, head of Shanghai-based consultancy Automobility Ltd and a former Chrysler executive.

“The product itself looks to have the right appearance and features, but this will only get you in the game. Winning requires a technology or business model edge over the competition.”

The company is betting its battery leasing scheme – where customers would pay a monthly amount roughly equivalent to what the average consumer might spend on petrol – will win over U.S. customers.

When the battery, which uses cells from South Korea’s Samsung SDI, is at 70% of its full lifespan, VinFast will replace it, Van Anh said.

A similar scheme has already been rolled out in China by Tencent-backed electric vehicle maker Nio, whose ES6 SUV has a starting price of around 358,000 yuan ($55,272).

No EV maker can compete with Tesla in the near future, according to Michael Dunne, chief executive of automotive consulting firm ZoZo Go, pointing to the U.S. company’s across-the-board strengths.

“But the good news is that companies like VinFast do not have to beat Tesla to win. All they really need to do is convert a portion of the 65 million consumers who bought gasoline-powered cars in 2020 to switch over the electrics,” said Dunne.

VinFast, whose manufacturing facility in Vietnam has the capacity to churn out 250,000 cars a year, is planning on conducting most of its U.S. sales online, removing the need for a costly dealership network. It has had 15,000 advance orders so far for its VF e34 electric car in Vietnam.

The company has hired Jeremy Snyder, a 10-year Tesla veteran, as its U.S. Chief Growth Officer.

Snyder told Reuters he was VinFast’s first employee on the ground in the United States but, between full-time employees and consultants, the company now has around 100 people working there.

“It’s very exciting to bring Vietnam and the United States closer through VinFast,” he said.

Vingroup’s founder, Pham Nhat Vuong, Vietnam’s richest man, has pledged to invest $2 billion of his own money into the car division and Vingroup has poured hundreds of millions of dollars into VinFast by issuing international bonds and selling off stakes in other units. 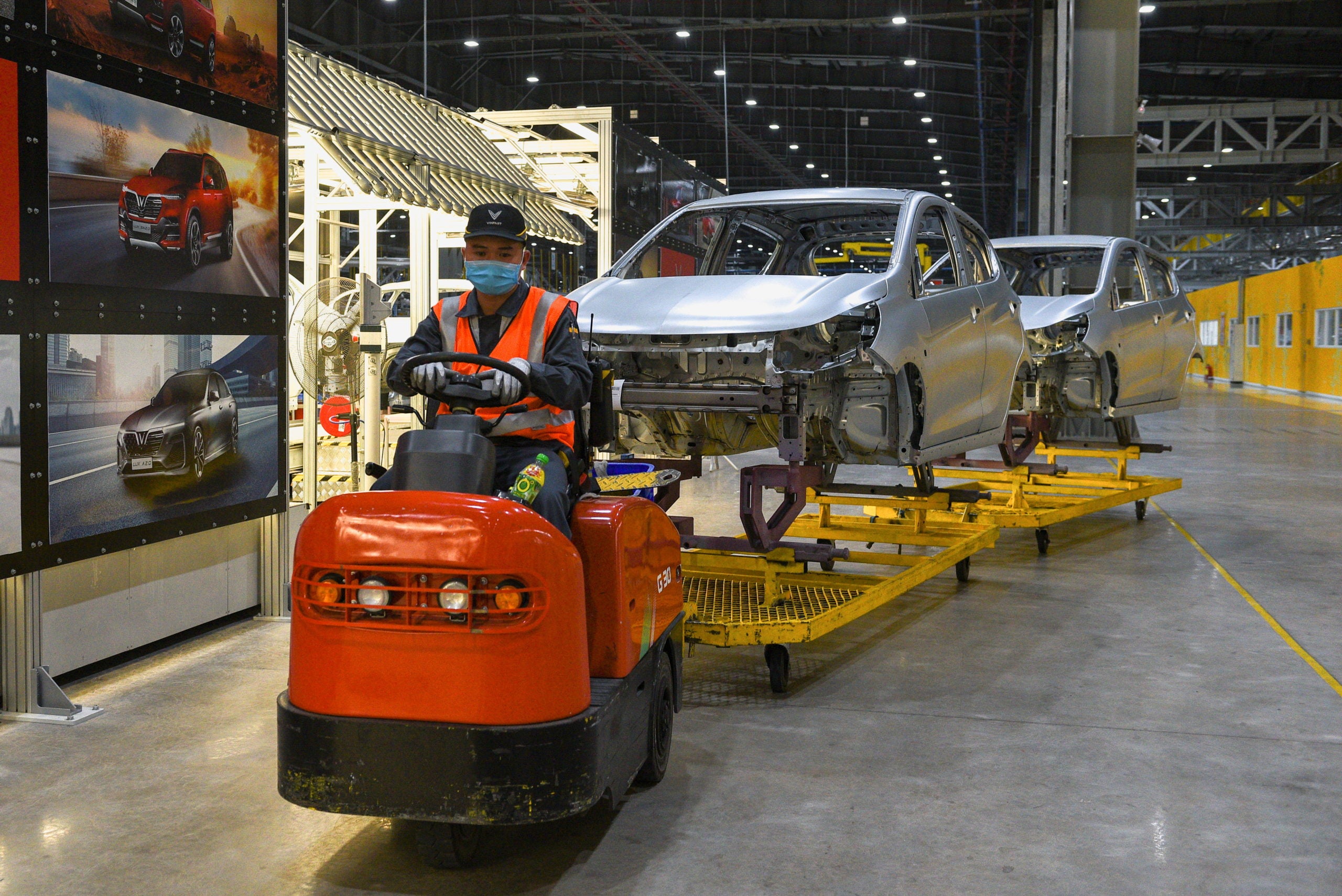 But expansion over the years has pushed up Vingroup’s debt and losses at some of its ventures have squeezed its cash flow. To turbocharge its growth, VinFast will need more cash. The company is looking at tapping into a funding frenzy in the United States, where investors, including some of the world’s biggest money managers, have poured billions into auto startups via blank-check companies known as special-purpose acquisition companies or SPACs.

Three sources with direct knowledge of the plans said VinFast was leaning towards a SPAC, although Van Anh declined to comment on when or how the company would generate funding in the United States.

Officials from the U.S. Securities and Exchange Commission will visit Vietnam soon to meet with Vingroup executives about its efforts to list, two separate sources said. If VinFast does list in the United States it will be the first Vietnamese company to do so. “When it happens, how it happens, whether by SPAC or by another method, we’ll make the right decision at the same time,” said Van Anh.

There are hundreds of SPACs searching for companies to take public and investors are desperate to identify the next Tesla, whose stratospheric market rally has made Musk one of the world’s richest men.

Nio, which made a net loss last year of $860 million, has a market cap of around $67 billion, according to its New York stock listing, and sold just under 44,000 cars last year, close to what VinFast is targeting in the United States.

A stream of EV-related startups notched up multi-billion dollar valuations last year despite not having products ready to sell but their shares have taken a knocking recently.

VinFast likes to distinguish itself from other EV startups.

“If you look at some of the SPAC deals that already happened, they do not really have what we currently have,” said Van Anh.

“Even if we don’t have a product in the world market, we have the products here.”

Duterte says he won’t allow any intrusion in Philippine Rise