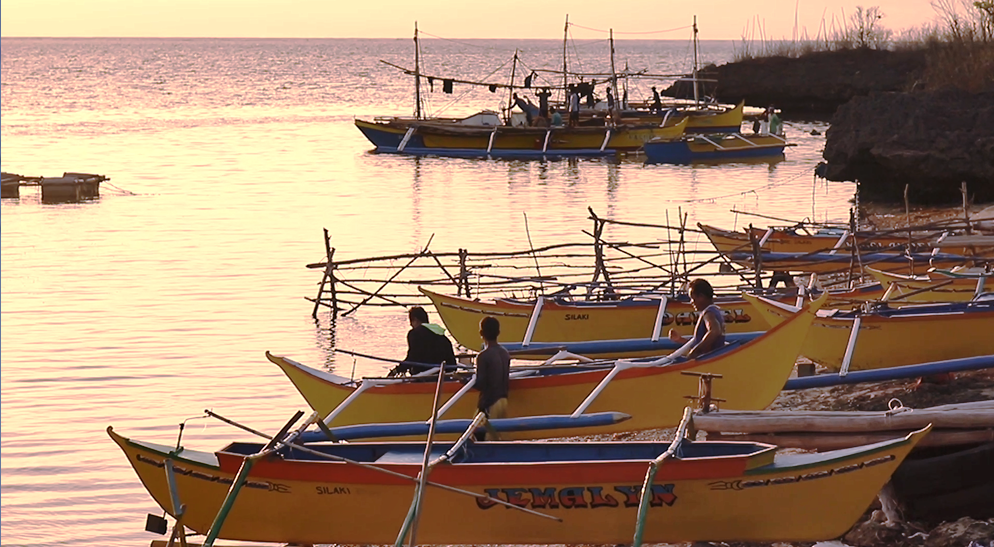 Residents of Silaki Island in Bolinao, Pangasinan depend on fishing as their main source of income. FILE PHOTO

MANILA, Philippines — About 7 percent of the country’s fisheries production comes from the West Philippine Sea (WPS) alone, the Bureau of Fisheries and Aquatic Resources (BFAR) reported, as it reiterated calls to protect and preserve the area from illegal, unreported, and unregulated fishing activities from both local and foreign fishers.

BFAR director Eduardo Gongona, during the Laging Handa briefing on Monday, said that over 300,000 metric tons (MT) of fish are coming from WPS annually. This represents 7 percent of the country’s fisheries output, with five regions directly benefitting from its waters.

“It is true that the West Philippine Sea comes with huge benefits. It is just right that we protect and nurture its waters… we should get our fair share from it,” Gongona said. “We are encouraging our fishers to fish in the area, and not be afraid, because the government will continue to support them and protect our environment.”

BFAR’s statement came as more than 200 Chinese vessels continue to swarm the WPS, raising concerns among nations all over the world that see China’s activities as a threat.

According to data from BFAR, they are expecting 323,312 MT of fish from the West Philippine Sea this year, up 0.19 percent from last year.

BFAR spokesperson Nazzer Briguera said the slight increase in the WPS’s fisheries output may be due to the “efficient implementation of existing measures.”

However, he refused to comment on the expected decline in the country’s overall fisheries production this year as well as the perceived reduction in the catch of municipal fishers in the WPS.

These data, he added, are to be interpreted by the Philippine Statistics Authority.

While Gongona refused to confirm reports of Chinese allegedly bullying Filipino fishermen who are fishing in the area, he said that Filipinos must be encouraged to go out at the WPS to reiterate “our presence.”

He added that there are members of the Philippine Coast Guard patrolling the area to protect the environment and Filipino fishermen.

Last week, a progressive fishing group refuted President Rodrigo Duterte’s claim that there’s not enough fish in the WPS to fight about, referring to the latter’s remarks about the continuous incursion of Chinese vessels in Philippine waters.

The Pambansang Lakas ng Kilusang Mamamalakaya ng Pilipinas (Pamalakaya) said the marine resources in the WPS – which covers the Kalayaan Group of Islands in Spratlys and the Panatag Shoal – could largely contribute to the country’s capture fisheries output.

“The high productivity in the West Philippine Sea directly supports the livelihood of more than 600,000 Filipino fisherfolk. That is how many people the Duterte government has abandoned courtesy of its defeatist action and failure to uphold our rights in our territorial waters,” said Jerwin Baure, Pamalakaya resident fisheries expert and also a member of the group Agham.

Duterte, in his regular public address “Talk to the People,” said that he is “not so much interested now in fishing.”

“I don’t think there’s enough fish really to quarrel about,” the President added.

It was in 2019 when Filipino marine scientists said that the Philippines loses about P33 billion annually from the damaged reef ecosystems at Panatag Shoal and the Spratly Islands, mainly due to China’s reclamation services and illegal fishing operations.

The losses were determined using the baseline value of P18 million per hectare per year that was arrived at in a study done by Elsevier, one of the world’s major providers of scientific, technical, and medical information.

Baure’s group claimed that about 16,000 hectares have already been damaged against the 2019 estimate of 1,850 ha, bringing the estimated losses to P288 billion this year.

“Mr. Duterte’s recent pronouncement runs contrary to the provision of the constitution on the national patrimony. Oil, mineral, and fishery resources amount to equal value that should be protected and utilized exclusive for the Filipinos,” Pamalakaya said.