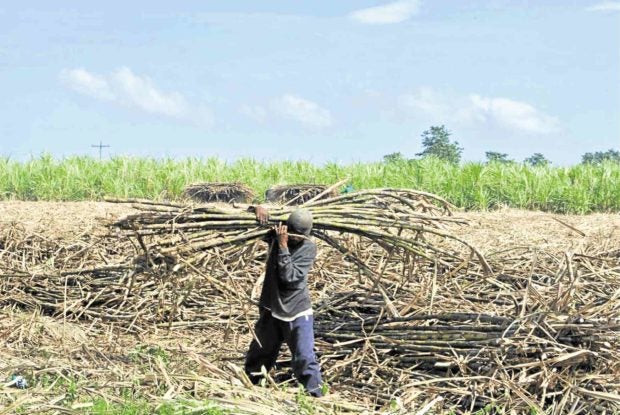 Similarly, imports may decline, but a rebound is expected in the coming election year when food consumption traditionally increases.

A report by the United States Department of Agriculture-Foreign Agricultural Service (USDA-FAS) showed that sugar output would stay at 2.1 million metric tons (MT) – similar to the forecast of the Sugar Regulatory Administration (SRA) – not far from last year’s production at 2.08 million MT.

“Factors limiting growth include the slow decline in sugarcane area and low farm productivity… while the industry aims to boost yields, results are not expected for two to three years when funds and implementation strategies are in place,” said USDA-FAS said.

“Moreover, climate will remain a major factor as drought or too much rain have an adverse effect on production. Crop diversification is also a possibility, as some farmers may decide to shift to more profitable options,” it added.

But come election year next year, both consumption and imports are bound to go up.

The return to pre-pandemic levels, however, may still be far-fetched.

“[C]consumption traditionally increases due to campaigns and political meetings. Refined sugar imports are expected to reach 150,000 MT, remaining lower than pre-pandemic levels as institutional buyers such as restaurants and hotels remain affected by COVID-19,” USDA-FAS said.

Economic managers earlier this month said opening up the country’s sugar trade should be done gradually despite opposition from several lawmakers and a majority of industry players. For now, the proposal to liberalize the industry has been sidelined.

The biggest sugar groups, in particular, said that the industry must be given a chance to develop before being liberalized. On average, local sugar prices are 45 percent higher compared to sugar prices in Thailand – considered the most competitive in the Southeast Asian region.

Sugar demand in the country is divided into three segments, mainly household, institutional, and industrial. Roughly half of the demand is accounted for by industrial users like beverage manufacturers and confectioneries.