Manila is Southeast Asia’s 3rd most expensive city to live in, study shows

Manila is one of the most expensive cities to live in despite having the lowest average salary for the working class relative to peers in Southeast Asia, according to a research by data aggregator iPrice Group.

Based on data culled by iPrice across Southeast Asia’s six largest markets on Numeo database, the Philippines’ capital city has the second-highest rent prices, next only to Singapore. 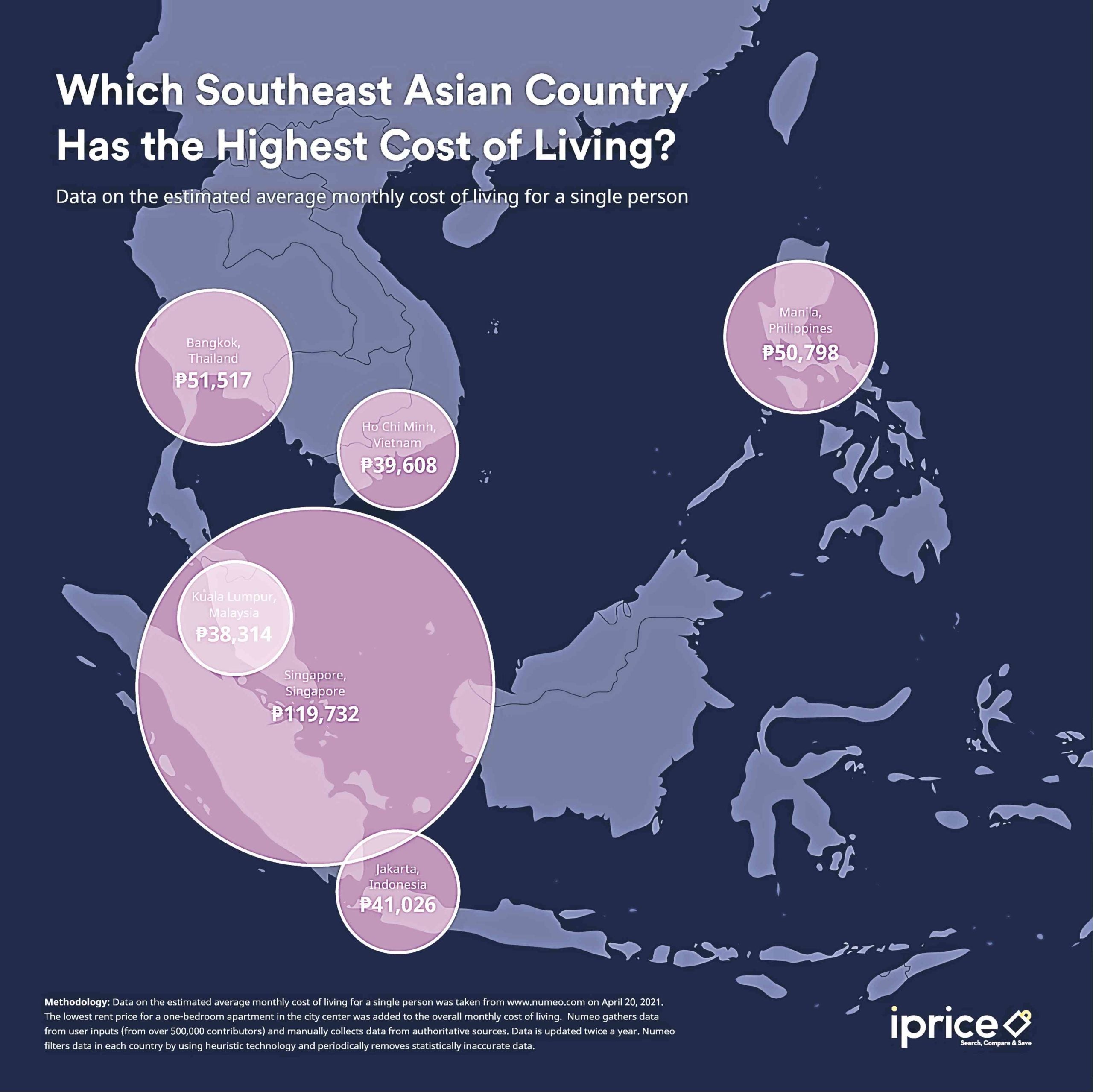 Given that Singapore is way ahead of its Southeast Asian peers, iPrice said in a statement that “it’s quite surprising that a developing country’s capital city, which is way behind the aforementioned Lion City in terms of economic development, has the second-highest rent prices in the region.”

The cost of living in Singapore is at least 132 percent higher than the other markets, it noted. “Shockingly, however, Bangkok and Manila are neck and neck at the top,” iPrice said.Monthly cost of living in Bangkok is estimated at P51,500 per person. This takes into account every necessity such as rent, food, transportation and utilities.

Manila is just 1 percent less expensive than Bangkok with an estimated monthly cost of P50,800 for a single person. Without rent, the total cost of living is estimated at P28,800 a month in Manila.

“These numbers will leave people scratching their heads because Numeo records Manila to have the lowest estimated average net salary among the other cities,” iPrice said.

Citing contributors’ data and aggregated information from authoritative sources, iPrice estimated average salary of Manila residents at only about P18,900 a month.

“Given the prices stated above, it leaves us wondering how comfortable Filipinos residing in Manila really are. The average cost of living is 168 percent higher than the average salary, so it comes as no surprise that about 35 percent of Metro Manila’s population is reported to live in unstable, badly constructed shelters in the slums and 11 percent of them reside near railroads or garbage dumps,” iPrice said.

iPrice reported that bed space rentals are commonly practiced in Manila. Instead of renting actual rooms or an entire apartment, some locals resort to renting bed spaces and sharing rooms with others, it noted.

“This leaves you wondering what other things Manila residents need to bear with given the high costs and low wages. Perhaps leisure expenses or take-outs are kept to a minimum or aren’t enjoyed at all. This, along with Manila having the second-worst traffic in the world, gives you an idea of its residents’ quality of life,” the research said.