Business travelers are increasingly willing to give up flying 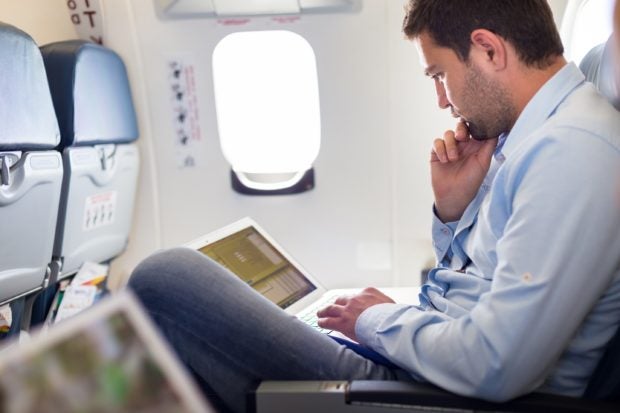 Will taking the plane for a business trip soon become a thing of the past? The need for business flights, which are increasingly criticized for their negative environmental impact, is now being re-evaluated. At the same time, the advent of widespread video-conferencing during the health crisis has led to the adoption of new habits. It appears that many business travelers are more than willing to give up flying.

In the wake of stormy debates on March 29 and April 17, the French parliament finally voted to outlaw domestic flights of less than two and a half hours in cases where a direct train link already exists. The new measure, which has been decried as harsh by France’s airlines and insufficient by the country’s environmentalists, aims to limit carbon dioxide emissions caused by air travel.

In recent years, the idea of curbs to restrict unnecessary flying, which has long been popular with environmentalists, has gained ground with the general public. Some of the credit for this change can be attributed to the Swedish movement “flygskam” (flight shame), which has now spread through Europe and North America.

Two recent studies, including one published in March by the British NGO Possible, have shown that only a very small section of the global population regularly takes the plane, and business travelers or those who travel for work account for a significant proportion of this group.

In the light of a growing awareness of environmental issues, the standard practice of flying for work has increasingly been taken to task in public debate. And perhaps not surprisingly, the people whose habits are most often criticized are ready to embrace change.

According to a recent survey by United States-based travel and services company SAP Concur, which questioned 4,400 European business travelers, 67% of those who fly for work are hoping to do so less often over the next ten years, precisely because of environmental concerns.

The survey also showed that respondents are willing to make the environmental impact of flying a priority consideration, particularly French travelers (52%) and Italians (45%). Overall, 58% of those surveyed went so far as to say that they would be willing to set aside their company’s policies and travel budgets if it meant that they could avail of “greener” transportation options.

However, if Moody’s recent predictions are to be believed, flying for business will probably return to pre-pandemic levels by 2024. At the same time, the American ratings agency points out that “around 10% to 30% of business travel could be replaced by alternatives such as virtual meetings in the years to come.” JB