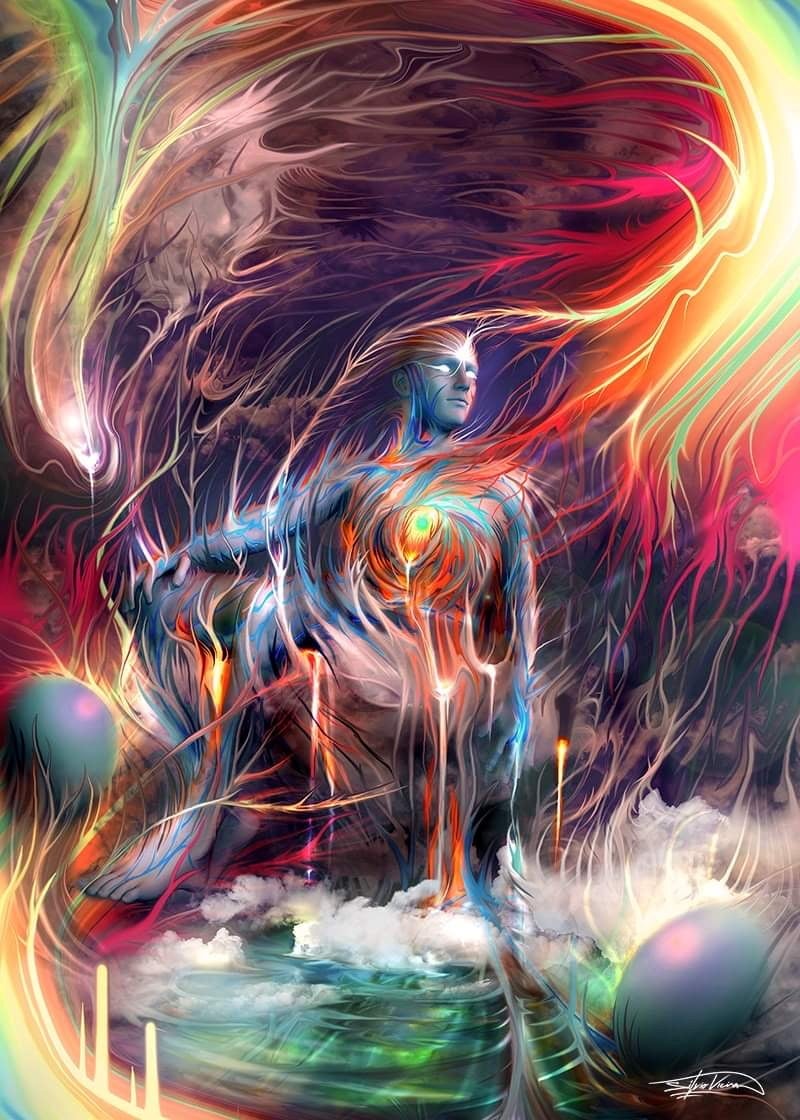 Avatar used by Vignesh Sundaresan, also known as Metakovan, who is the financier of the Metapurse fund, is seen in this undated handout picture obtained by Reuters. Silviovieiraart/Metapurse Fund/Handout via REUTERS

LONDON — What do you do with a $69 million artwork that doesn’t physically exist?

That’s the question faced by the Singapore-based investor calling himself Metakovan, who made headlines last month when he bought the digital artwork “Everydays: The First 5000 Days” by the American artist Beeple at Christie’s.

The work is a non-fungible token (NFT) – a new type of virtual asset that has its ownership status and authenticity verified by blockchain. NFTs have exploded in popularity in 2021, with prices skyrocketing.

Metakovan, real name Vignesh Sundaresan, plans to put the artwork on display in four virtual world environments. He is working with architects to design gallery complexes that the public can enter via web browsers or virtual reality technology.

But art is just one part of a new economy of blockchain-based virtual worlds where land, buildings, avatars, and even names can be bought and sold as NFTs, often fetching hundreds of thousands of dollars. In these environments, referred to as the metaverse, people can wander around with friends, visit virtual buildings and attend virtual events.

Metakovan’s plans are an ambitious undertaking, but he says he is the world’s biggest NFT investor. His collection of NFTs and other crypto assets, the Metapurse fund, is valued at $189 million, according to NonFungible.com, a site that aggregates sales history data from NFT marketplaces.

“The current Cambrian explosion of NFTs that you see is all about acquisition – people want to buy up NFTs, gobble as many of them as they can,” said Anand Venkateswaran, aka Twobadour, who runs the Metapurse fund with Metakovan.

“But it’s just the tip of the iceberg. The real explosion will happen when they’re able to … experience these NFTs as they were intended. If it’s a plot of virtual land, you ought to move around in it, have an immersive experience in it.”

In what will be one of the biggest names to join the party, videogame maker Atari told Reuters it planned to launch its own blockchain-based virtual world and would soon announce details.

Online environments are going to be “very very big”, regardless of fluctuations in the price of bitcoin, said Frederic Chesnais, head of Atari’s blockchain division and the company’s former CEO. NFT real estate could one day fetch millions of dollars, he added.

Investors caution, however, that while big money is flowing into NFTs, the market could represent a price bubble, with the risk of major losses if the hype dies down. There could also be prime opportunities for fraudsters in a market where many participants operate under pseudonyms.

The NFT frenzy has heightened interest in blockchain-based online environments. The best known are Decentraland, Cryptovoxels, Somnium Space, and The Sandbox, where virtual real estate prices are hitting new highs.

Decentraland has seen more than $50 million in total sales, including land, avatars, usernames, and wearables like virtual outfits. A patch of land measuring 41,216 virtual square meters sold for $572,000 on April 11, which the platform said was a record.

Another Decentraland plot sold for $283,567 on March 21, according to NonFungible.com, while Somnium Space said an estate on its platform fetched more than $500,000 on March 16.

Metaverse enthusiasts compare the rush to buy virtual land to the scramble for domain names in the early days of the internet. There are currently a few thousand unique landowners on each of the main blockchain-based platforms.

Their theory is that as more people congregate in these environments, plots of land in central locations will be highly sought-after because of the amount of visitor traffic. 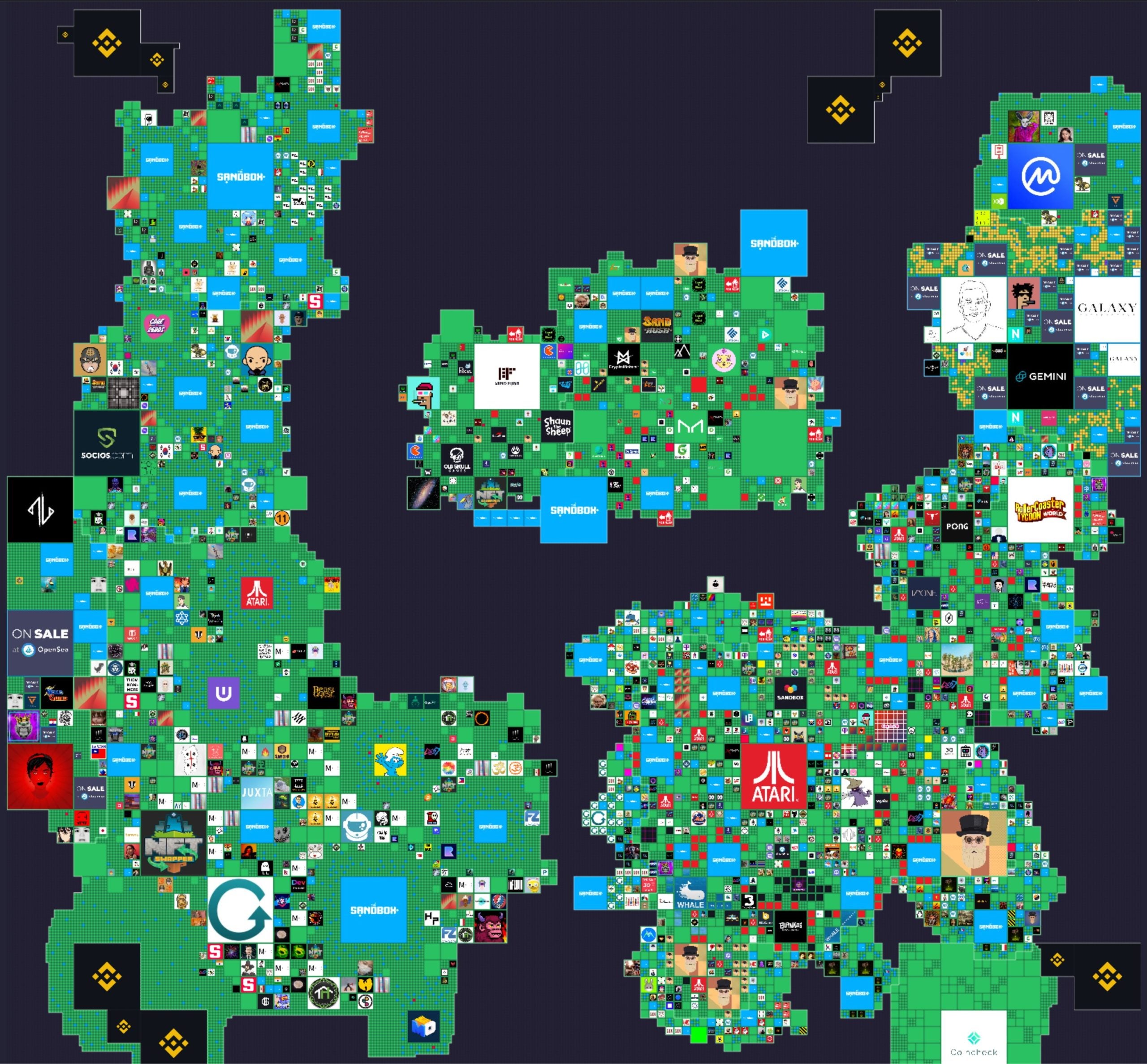 The map of the lands within The Sandbox gaming virtual world is seen in this handout image provided on April 16, 2021. The Sandbox/Handout via REUTERS

“All of virtual land and these virtual spaces are basically real estate on which experiences will start to center, on which attention will start to focus,” Twobadour said.

“That’s where all of the attention is and that’s monetizable in a million different ways.”

So far, it’s a relatively small number of people driving up land prices in these worlds.

An NFT investor called Whale Shark, whose collection was valued at more than $20 million by NonFungible.com in February, said he spent 200 of the cryptocurrency Ether on land in Cryptovoxels and another 200 in The Sandbox in 2018 and 2019.

Those estates cost around $60,000 each back then but are now worth more than $400,000 apiece, he added, speaking on condition of anonymity.

Some virtual worlds have their own cryptocurrencies: Decentraland’s MANA has skyrocketed more than 3500% over the past year, according to Coinbase.

Some early virtual land investors who bought in early are now selling to companies, said Samuel Hamilton, community and events lead at the Decentraland Foundation.

Atari, ahead of its plans to open its own blockchain-based world, has licensed a retro arcade within Decentraland and is due to open a casino, while an area called “Crypto Valley” is home to various crypto companies.

Decentraland has hosted a virtual fashion exhibition in collaboration with Adidas, where designs were auctioned as NFTs. It is also attracting interest from musicians who can perform in the space, selling tickets and merchandise as NFTs.

“We’re going to have several well-known global festivals all doing stages, and when we get to that point we expect hundreds of thousands or even millions of people,” Hamilton said. 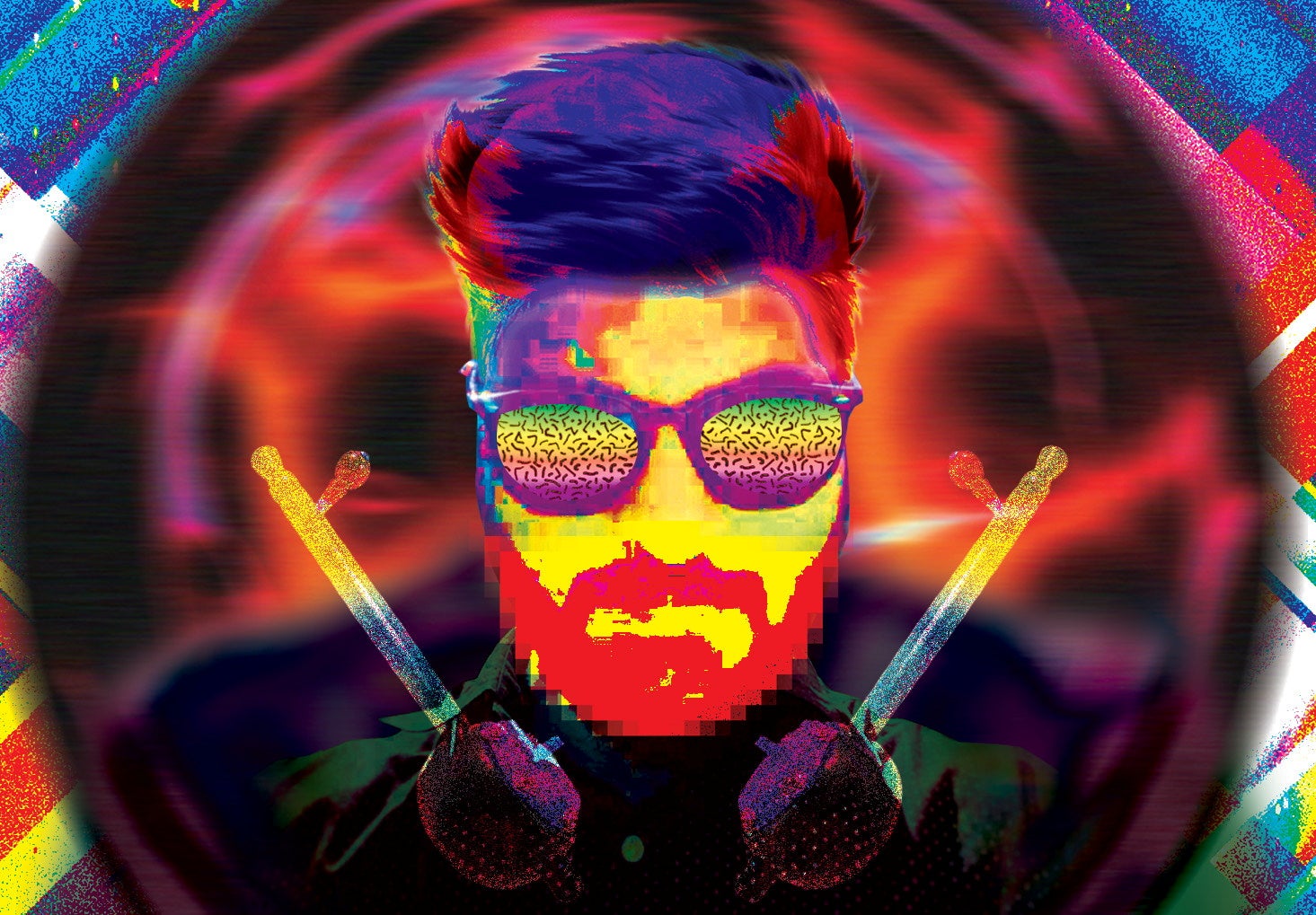 Avatar used by Anand Venkateswaran, also known as Twobadour, steward of the Metapurse fund, is seen in this undated handout picture obtained by Reuters. Metapurse Fund/Handout via REUTERS

Sebastien Borget, co-founder of The Sandbox, described the commercial activity within virtual worlds as a new nation forming and said the NFT-based economy would outgrow the real-world one within a decade.

There are, however, many in the fledgling industry who warn of dangers ahead for investors.

“I expect that there’ll be a crypto winter in the next couple of months, the whole NFT boom will explode and then all the value will absolutely collapse,” said Ben Nolan, founder of the virtual world Cryptovoxels.

“Doing NFTs as an investment or as a way to make money is really ill-advised.”

However, he does see a future for virtual worlds and NFTs.

“Do I think most people will use virtual worlds? Probably not, but I think a lot of people will and I think NFTs are a big part of that growth,” he said.

“Actually walking around with another person in a virtual space and looking at art together is a really nice way to spend time,” he added.

Whale Shark said the vast majority of NFTs had no commercial viability and expects only a small number to emerge as winners.

But some investors such as Australia-based Mateen Soudagar, aka DCL Blogger, have little interest in moving back into real-world investments.

Soudagar says he has made millions of dollars through cryptocurrency and NFTs, but rather than cash out, he keeps around 75% of his money in crypto-assets and reckons many of his peers do the same. Other than upgrading his laptop, he hasn’t changed his lifestyle.

“If you’re a believer in the movement then you think that the world will move into this space,” he said. “So when you’re putting it into fiat you’re going backwards.”