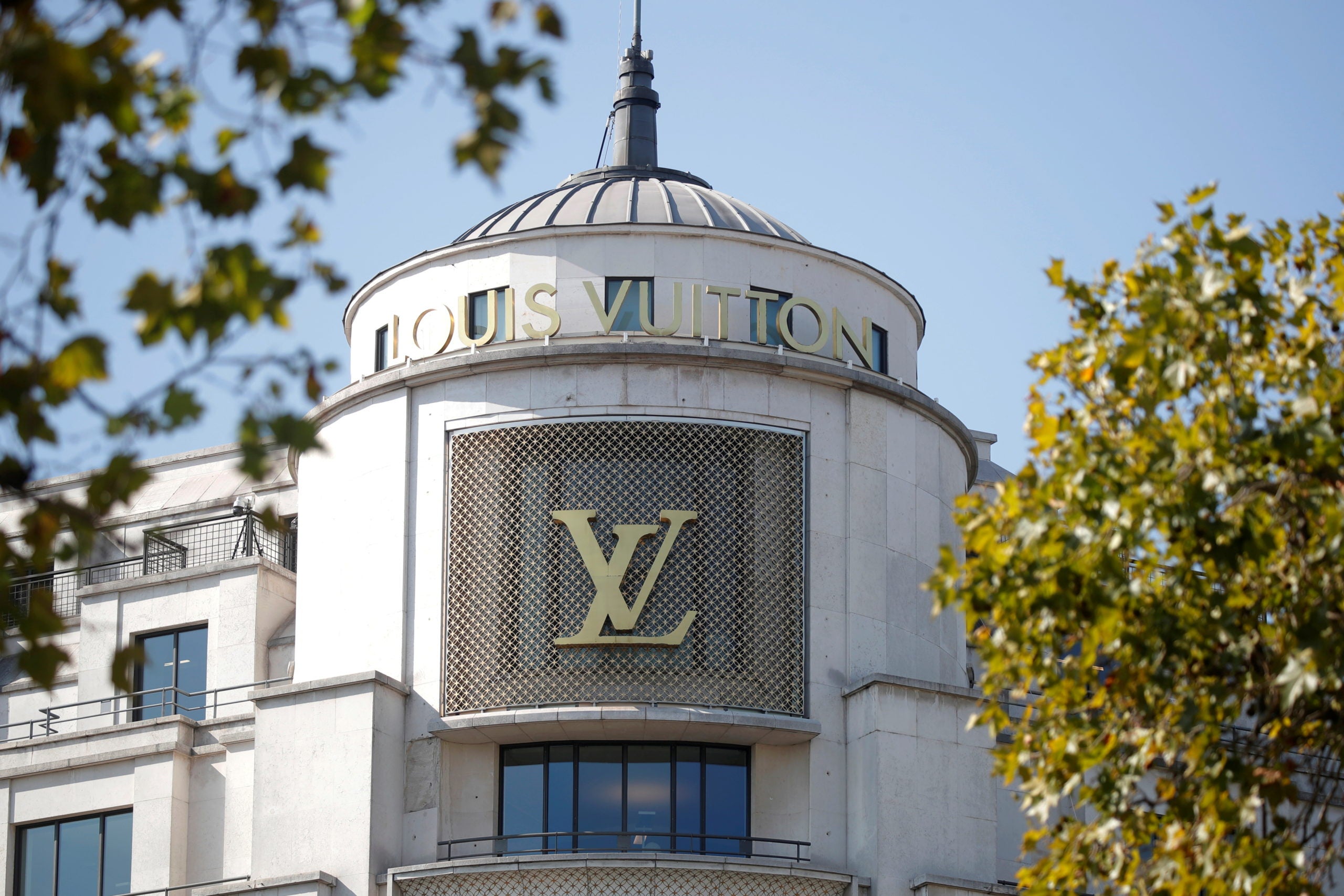 FILE PHOTO: A Louis Vuitton logo is seen outside a store on the Champs-Elysees in Paris, France, September 18, 2020. REUTERS/Charles Platiau

PARIS — LVMH’s shares rose to record highs on Wednesday after the world’s biggest luxury goods company posted sales figures that showed it had bounced back far more quickly than expected in early 2021.

LVMH shares were up by 2.7% in early session trading, hitting new record levels, and also lifting up the shares of rival luxury goods companies such as Kering and Hermes.

Late on Tuesday, LVMH posted first-quarter revenues that even exceeded 2019 levels, before the pandemic.

Its like-for-like sales, which strip out the effect of currency changes and its acquisition of U.S. jeweler Tiffany, rose by 30% year-on-year in the three months to March to 14 billion euros ($16.75 billion).

“LVMH noted that Q1 was a ‘good start to the year’, but to us, this is much better than ‘good’ and will once again stand as an absolute outperformance vs the rest of the sector,” wrote JP Morgan in a research note.