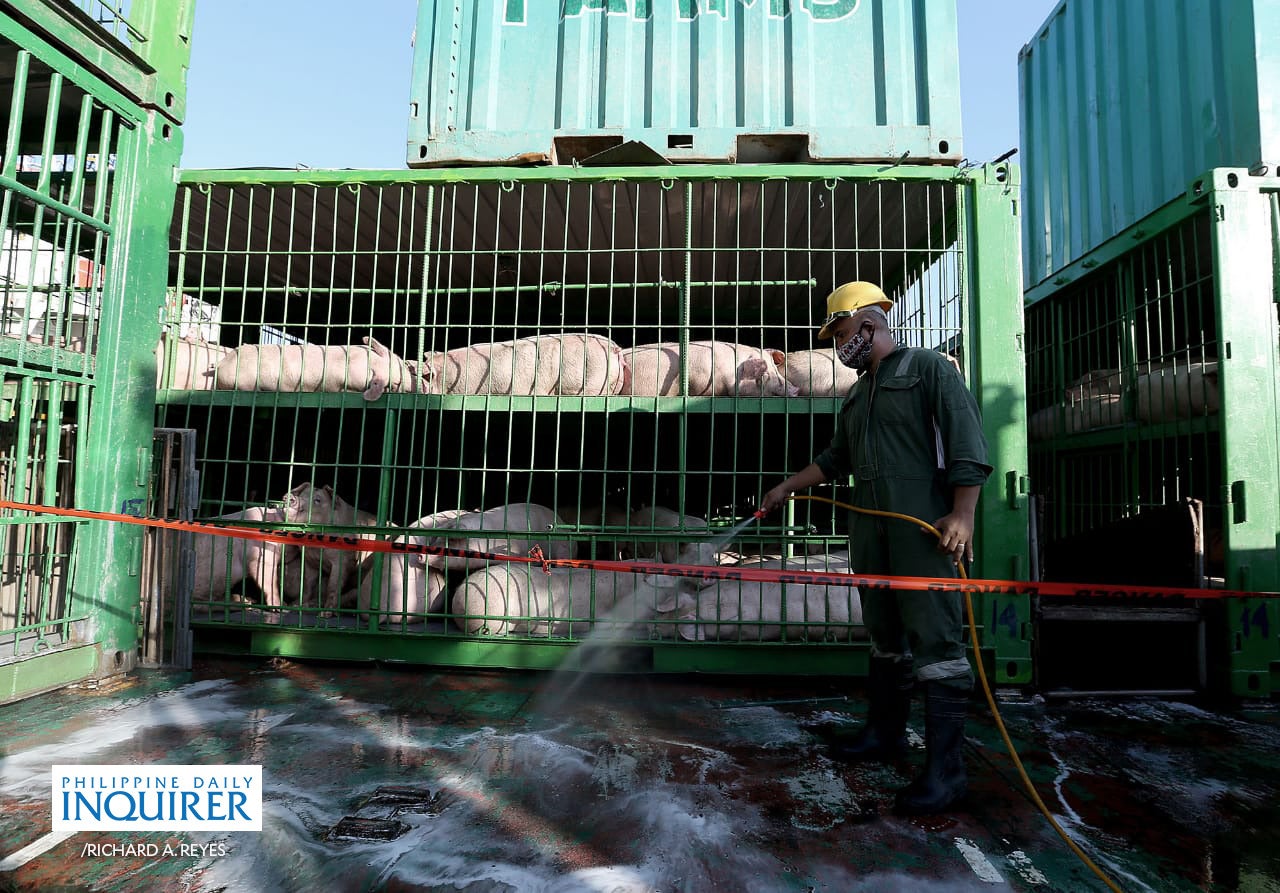 MANILA, Philippines — Two months since local hog raisers and viajeros (middlemen) were promised a transport subsidy by the Department of Agriculture (DA), no one has yet to be paid in exchange for delivering live hogs to Metro Manila at a relatively low cost.

Chester Warren Tan, president of the National Federation of Hog Farmers Inc., said that he has yet to receive reports from any group, cooperative, or organization that has been paid for their service.

“The DA claimed they gave support already,” he said. “I wonder who was able to receive [the subsidies].”

Tan, in a Senate hearing, was appointed by lawmakers to supervise the distribution of the transport subsidy. The DA in February vowed to give hog raisers and viajeros some form of financial assistance as follows: P21 a kilo for live hogs and carcass from Mindanao, P15 a kilo from Visayas, and P10 a kilo for those coming from Luzon.

Without the promised assistance, hog raisers and viajeros are left to shoulder the costs that are supposed to be shouldered by the DA, burying some of the raisers to further losses.

The program was meant to help consumers by subsidizing the delivery of more affordable local pork, while raisers were supposed to earn more from transporting their produce to the metropolis.

The DA failed to do both as prices of local pork in Metro Manila public markets continue to hover between P350 to P400 a kilo.

The Inquirer has repeatedly reached out to various departments and officials for a list of the beneficiaries of the transport subsidy. Agriculture Assistant Secretary Arnel De Mesa, in a phone interview, said that they have yet to collate information from regional offices, but maintained that there were already raisers and middlemen who received the assistance.

In a separate interview, Bureau of Animal Industry director Rieldrin Morales said the process is ongoing for the disbursement of the funds. He added that most of the hog raisers and traders who applied to receive the subsidy presented incomplete requirements.

According to Tan, however, there are too many requirements that most hog raisers are not able to comply with. Most have given up on their claims because of this, he added.

The DA’s requirements include securing a shipping permit, a receipt issued by the carrier to the shipper, certificates issued by the slaughterhouse or cold-storage facility in Metro Manila, and a meat inspection certificate from the National Meat Inspection Service.

Tan said the certifications from slaughterhouses and/or cold-storage facilities can be tricky for hog raisers, as live hogs and carcasses are transferred to handlers in Metro Manila upon arrival to the ports.

There have been reports that pork supply meant to cater to Metro Manila consumers are transported by handlers or resellers to nearby provinces where pork commands higher prices. This would disqualify hog raisers and viajeros from receiving the transport subsidy.

The DA’s regional offices have realigned their budgets to finance the transport subsidy, said De Mesa, while DA has requested the Department of Budget and Management for an additional budget of P300 million.

With most local hog raisers worrying about the future of their businesses following the expected flooding of imported pork in the market, Tan said some of their members have given up on getting the subsidy that is due to them.

Since the hog delivery program began in February, the DA reported that it has so far brought 292.321 heads of hogs in the metropolis and 1.94 million kilos of pork.

Most of the live hogs came from the regions of Calabarzon, Mimaropa, and Western Visayas, while the carcasses were mostly transported from Central Luzon.