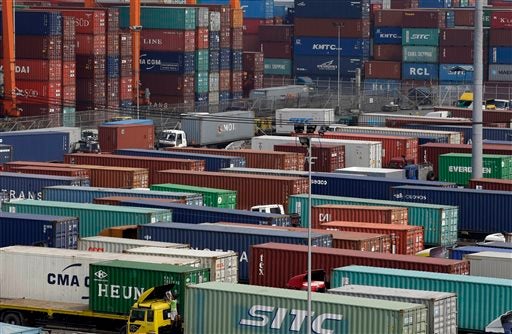 MANILA, Philippines — The Bureau of Customs (BOC) has collected over P138.5 million from the disposition of abandoned or overstaying containers in the country during the first quarter of 2021.

In a statement on Wednesday, the BOC said its Assessment and Operations Coordinating Group and Auction and Cargo Disposal Division disposed of a total of 586 overstaying containers through various modes of disposition, such as auction, condemnation, and donation.

According to the BOC, P138,535,866 was generated from the public auction of 354 overstaying containers carrying assorted items, such as rice and galvanized steel, as well as from the condemnation of 232 containers.

These overstaying containers, the BOC said, are either abandoned or seized under Sections 1139 and 1141 of the Customs Modernization and Tariff Act, which provides for the conditions and modes of disposition, respectively.

The BOC noted that cargoes that were not collected within the regulatory period of 30 calendar days from payment of duties, taxes, and other charges shall be deemed abandoned unless covered by a duly issued alert order.

Upon the finality of the Decree of Abandonment, the bureau will then determine the proper disposition among auction, condemnation, or donation, according to the BOC.

The BOC, meanwhile, assured the public that it will remain “steadfast” in its efforts to ensure the unhampered delivery of its services, especially now that the movement of goods, essentials, and non-essentials, is “deemed both substantial and critical.” — Liezelle Soriano Roy, trainee