The residents of Homonhon hope to restore the pristine beauty of their island, where Ferdinand Magellan and his expedition set foot 500 years ago. —PHOTOS BY ALREN BERONIO

BORONGAN CITY, EASTERN SAMAR—Homonhon’s palm-lined white sandy beaches and lush hills must have made quite an impression on the expedition led by Portuguese explorer Ferdinand Magellan as they wound up spending several days on the majestic island before heading to their next destination.

Through the years, however, the natural charm of the island. about two hours by boat from the town center of Guiuan in the southern part of this province, has attracted not only beach enthusiasts and local tourists but mining companies as well.

Thus, what was glowingly referred to as the “watering place of good signs” by Magellan-Elcano expedition chronicler Antonio Pigafetta, 500 years prior, is now marked by mining activity.

Since 1983, mining firms have staked their claim on parts of the 10,400-hectare (ha) island known for its vast deposits of nickel and chromite, which are used in the manufacturing of stainless steel. Three mining companies now operate on the island, with permits from the government. “Mining has stripped away 60 percent of our island’s surface, denuding our forest, affecting our water supply and polarizing our people,” Urbano Garado, chair of Barangay Casuguran, said. The 63-year-old village chief was delighted that his home village was the center of the grand celebration on March 17 of the 500th year since the Magellan-Elcano expedition set foot on the Philippines, but laments that the prospect of man-made environmental displacement was lost in the festivities. 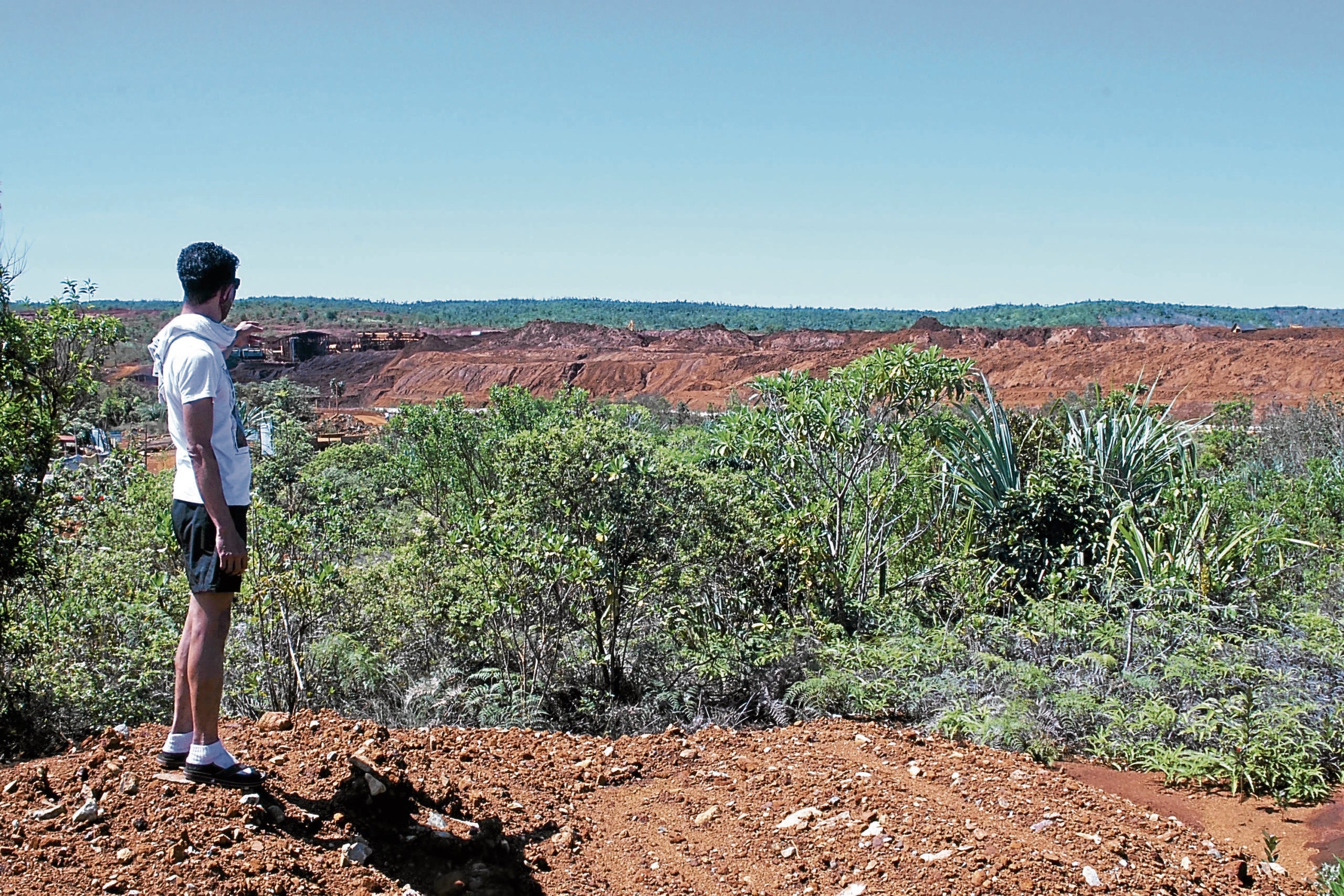 Billy Abueme, president of HERO, points to one of the island’s
mining sites.

In need of protection

“How I wish to see the same support in making our island habitable for our future generations. As it is, I am the only antimining advocate in our barangay council,” he said.

Garado claims that out of the eight barangays of Homonhon, three are still untouched, but have pending permits for exploration.

“I hope the organizers of this event will give importance to this historical occasion by trying to let our national and local leaders realize that they need to protect Homonhon island,” he said.

One way they believe Homonhon can be protected is by separating it from the town of Guiuan and declare it a protected area. “There is only a 400-hectare buffer zone for the Magellan landing site out of the 10,400 ha of the whole island. The 10,000 ha could be irresistible and lucrative sites for mining companies,” he added.

Abueme believes that once Homonhon becomes a municipality, the locals will be able to regain their 20-kilometer long island from outsiders. “We are counting on Rep. Maria Fe Abunda since she spoke to us during the celebration about how an act of Congress is needed for this,” he said.

Abunda sponsored House Resolution No. 1628 commemorating the role of the Philippines in the first circumnavigation of the world and praising the hospitable character of the locals in the island.

With the installation of Homonhon’s quincentennial marker by the National Historical Commission of the Philippines, St. John the Baptist Parish priest Fr. Christian Ofilan hopes for a more unified antimining campaign in his island-parish.

“Now that the quincentennial celebration by our government is over and with the Christian feast of Easter and Resurrection, I hope and pray that there will also be a resurrection in our island back to its pristine beauty that Magellan once beheld,” Ofilan said. “The resurrection of Christ is a powerful demonstration of our God who conquers all ills in our society, including environmental injustice in Homonhon. His resurrection will hopefully bring this historic and beautiful island to its original state,” he added.

Face-off of some senators for president, VP posts ‘possible’ — Sotto