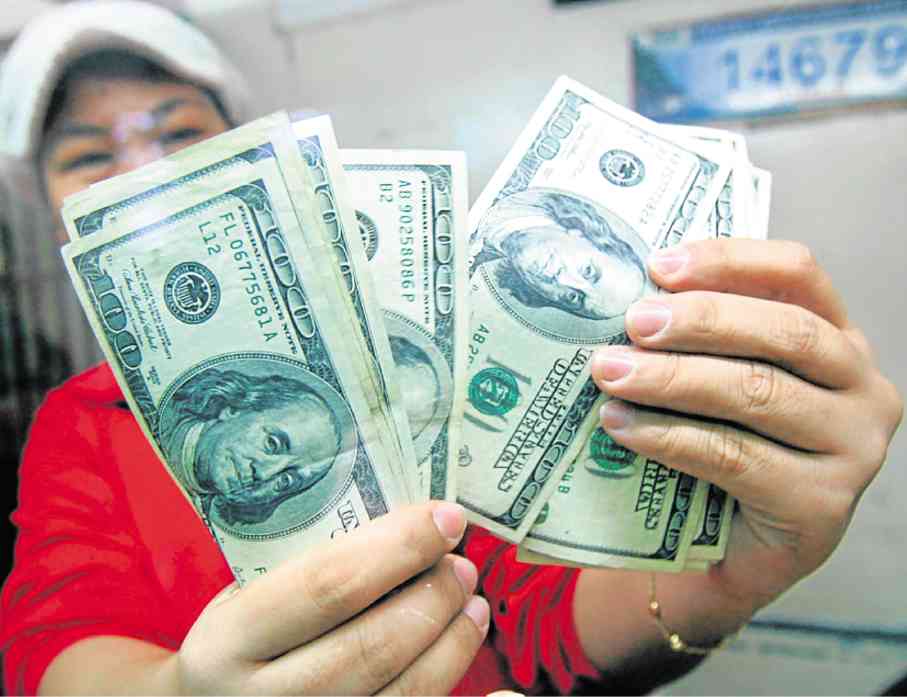 A man counts the dollar bills inside a money exchange shop in Manila. AP FILE PHOTO

MANILA, Philippines — The country’s dollar reserves rose slightly at the end of February on the bank of the central bank’s gains from its forex exchange trading operations and income from overseas investments, which were offset by a dip in the value of the government’s gold holdings.

In a statement, the Bangko Sentral ng Pilipinas said its gross international reserves, based on preliminary data, rose by $410 million to $109.08 billion as of end-February 2021 from the previous month’s level of $108.67 billion.

On top of the decline in the price of gold on the international market, one additional factor that helped offset the gains for the month were foreign currency withdrawals made by the national government to repay its maturing foreign loans.

This buffer is equivalent to 11.7 months’ worth of imports of goods and payments of services and primary income. Moreover, it is also about 9.5 times the country’s short-term external debt based on original maturity and 5.4 times based on residual maturity.

By convention, dollar reserves are viewed to be adequate if it can finance at least three-months’ worth of the country’s imports of goods and payments of services and primary income.

Short-term debt based on residual maturity refers to outstanding external debt with original maturity of one year or less, plus principal payments on medium- and long-term loans of the public and private sectors falling due within the next 12 months.

Dollar reserves, as of a particular period, are also considered adequate, if they provide at least 100 percent cover for the payment of the country’s foreign liabilities, public and private, falling due within the immediate twelve-month period.

Meanwhile, the net international reserves — which refers to the difference between the central bank’s gross reserves and total short-term liabilities — increased by $410 million to $109.08 billion as of end-February 2021 from the previous month’s level of $108.67 billion.