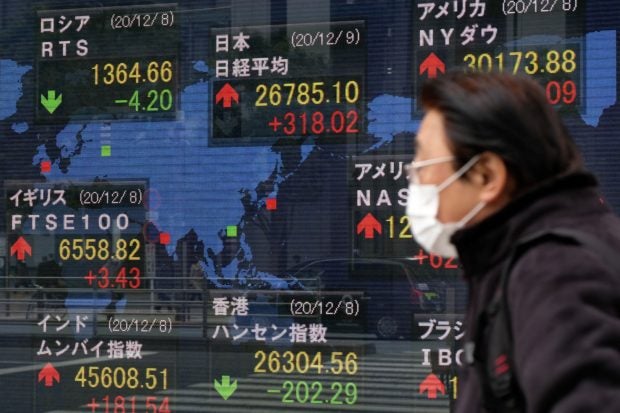 Less than two months after taking office, the new president on Thursday put his name to the $1.9 trillion rescue plan that paves the way for a spending splurge that is widely seen as ramping up domestic and global growth.

The package — which includes up to $1,400 in cash handouts, extended unemployment benefits and various other aid programmes — comes as the government pushes ahead with a vaccine drive that will allow lockdowns to be eased and life to return to a semblance of normality.

Biden, in a speech Thursday to mark 12 months since the pandemic hit the country, said he hoped Americans would be able to celebrate Independence Day on July 4 with friends and family.

While it has long been expected, the final passage of the bill provided a big lift to equity markets, which have been rattled in recent weeks by concerns that the forecast world economic recovery will fire inflation and force central banks to lift interest rates sooner than expected.

“The administration has slipped a little bit of extra fuel to the equity markets with their bill. It’s going to be rocket fuel,” said Chris Gaffney, at TIAA Bank. “We’re headed to new highs because of all that stimulus money that’s being put out there and it’s more broad-based than the first couple of stimulus programmes.”

Wall Street welcomed the news with the Dow and S&P 500 ending at new records, while the Nasdaq, which has been battered by a sell-off in tech firms, piled on more than two percent.

However, Hong Kong and Shanghai fell into the red after recent gains and following reports that the Biden administration planned to tighten export restrictions on suppliers to Chinese tech giant Huawei, indicating the White House does not intend to soften its stance on Beijing despite Donald Trump’s exit.

“Global markets continued to revel in the afterglow of President Biden pulling off one of the most significant legislative accomplishments of all time, securing a $1.9 trillion spending bill that will undoubtedly help spur the global economy,” said Axi’s Stephen Innes.

The European Central Bank’s decision to ramp up its bond-buying programme provided some calm as it looked to soothe concerns that a recent jump in government bond yields across the world would lead to hikes in interest rates.

A rise in government bond yields this year has led some economists to fear the largesse of global central banks will catalyse a surge in inflation, potentially leading to an end of the cheap cash that has powered a year-long equity rally.

Observers said the ECB move signalled to investors that bank officials around the world were ready to step in to keep their monetary policies ultra-low for as long as needed to help the economy get back on track.