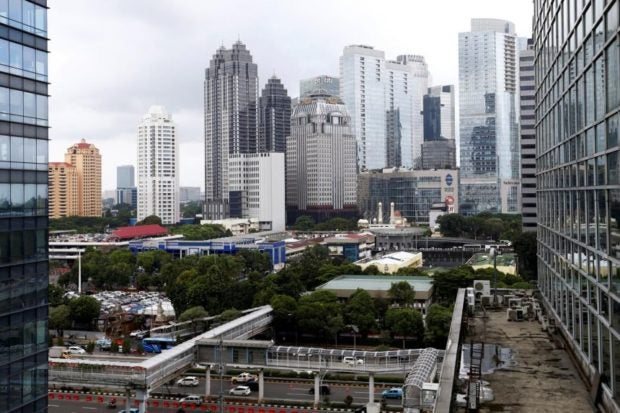 SINGAPORE — The Indonesian government has laid down the ground rules for its new law on job creation, widely seen as an ambitious regulatory reform to lure foreign investments and stimulate the pandemic-hit economy.

President Joko Widodo signed 49 “implementing rules” last month to provide officials with specific details on how the law would be applied in practice and guide businesses on how they should operate.

He had signed two others late last year, soon after the law was passed on Oct 5 amid violent nationwide protests over workers’ rights and environmental concerns.

The regulations include those on foreign workers and local hires, the implementation of special economic zones and a new framework that governs which business sectors are open or restricted to foreign investors.

“The job creation law was meant to be a positive stimulus to grow the national economy, which will in turn create many job opportunities,” Law and Human Rights Minister Yasonna Laoly said last month.

“It’s a breakthrough and a way for the government to seize investment opportunities from abroad by simplifying permits and eradicating bureaucracy,” he added.

The legislation, commonly known as the “omnibus law”, aims to synchronize more than 70 overlapping labour, tax and other key laws deemed unfavorable to businesses and investors.

Under more simplified processes, businesses considered low-risk need only have an identity number instead of a full license to operate.

Companies are also not required to apply for new permits for foreign workers with valid visas from another company if these employees are directors, commissioners or work in roles linked to vocational training, the digital economy or oil and gas.

Among the most fundamental changes was the removal of the “negative investment list” introduced in the 1980s in favor of a positive list, which allows foreign ownership in key sectors, including telecommunications, transportation and energy.

Analysts say the job creation law is not only important to investors, but also to the president to secure his legacy in his second and final term in office and to realize his vision to transform Indonesia into one of the world’s top five economies by 2045.

Flanked by heavyweight ministers, an enthusiastic Mr Joko promised global business leaders at a World Economic Forum dialogue on Nov 25 last year that the new law would cut red tape so as to fast-track investments and ensure legal certainty and competitiveness.

He said: “Significant support from the business community in its implementation is essential.”

But Institute for Development of Economics and Finance economist Eko Listiyanto warned against rushing through the regulations, especially with little or no public consultation.

“These policy flip-flops will not only hurt the political position and image of the government in the eyes of the public but also investors as there’s uncertainty in the consistency of the regulations,” he told The Straits Times.

Singaporean lawyer Joel Shen, who lives and works in Jakarta and helps international clients, including from Singapore, run businesses in Indonesia, applauded the streamlining of business licensing, relaxing of foreign ownership restrictions as well as labour and tax reforms.

He recalled a closed-door business conference in Jakarta in 2014 where a seemingly annoyed government official had told participants to go and invest in Vietnam, after hearing praise about the Southeast-Asian neighbors attractive investment climate.

But the government is now willing to listen and respond to grievances from foreign investors, which is a departure from the previously entrenched mindset, said Mr Shen.

He added: “While it is not a magic wand that makes Indonesia’s problems miraculously disappear, it does send a strong message to the international business and investment community that Indonesia is open for business.”