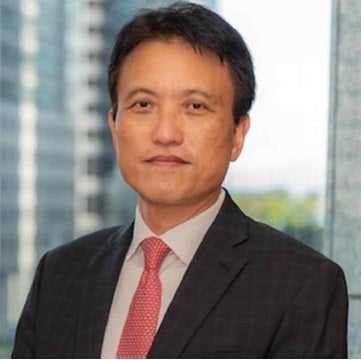 Um Woo-chong, new managing director general for the ADB (Ministry of Economy and Finance) via The Korea Herald

SEOUL — The Asian Development Bank has appointed a Korean international development expert who has been working at the multilateral institution for 27 years, as managing director general, the Finance Ministry said Monday.

It is the second time that a South Korean has taken up the post since the ADB was established in 1966, following Lee Young-hoi who served in the position from 2003 until 2006.

“I am deeply honored to join President Asakawa’s Management team and to support implementation of ADB’s Strategy 2030 beyond the COVID-19 pandemic,” said Um.

The strategy refers to ADB’s efforts to eradicate extreme poverty and expand its vision to achieve a prosperous, inclusive, resilient, and sustainable Asia and the Pacific until 2030.

“I look forward to using the knowledge and experience I have gained in the past 27 years at ADB to contribute to our organizational transformation and ensure we continue delivering high-quality development solutions to our members across the region,” he said.

The ADB is owned by 68 members — 49 from the region and has an authorized capital of $163.8 billion. Korea, a founding member of the institution, holds the eighth-largest proportion of shares at 5.026 percent. Japan and the US are the largest shareholders in the ADB with each holding 15.571 percent of its shares.

Kim Hun, the former director general for South Asia at the ADB, will be appointed as the director general of the Social Infrastructure Department of the AIIB in March, according to the ministry.

Upon taking office, Kim will be in charge of investing in social infrastructure involving health care and education among others.

Founded in 2016, the AIIB has 103 member countries including 53 non-regional members. Korea is the fifth-largest shareholder of the bank with 3.83 percent, following China, India, Russia and Germany.

With two Koreans taking leadership positions at multilateral financial institutions, the nation will seek to actively contribute to the discussion of global agendas, such as ways to overcome the COVID-19-induced crisis, transition to a digital and green economy as well as climate change, Finance Minister Hong Nam-ki said.