The future of past icons | Inquirer Business
Close
menu
search

The future of past icons

Many antiquated structures were damaged in recent years due to unfortunate calamities. Heritage churches were damaged in Bohol in 2013 by an earthquake. The Notre-Dame Cathedral in France was partially ruined by fire in 2019. Most recently, thousands of antiquated buildings were destroyed in Beirut, Lebanon, when an explosion rocked the city’s port in August 2020.

The world mourned the destruction of these heritage structures. Beyond physical loss, many of us felt the loss of our identity and of our culture. Thankfully, amid the COVID-19 pandemic last year, repair for many of these damaged structures pushed through despite the challenges. Here are some famous landmarks that are on their way to recovery this 2021. 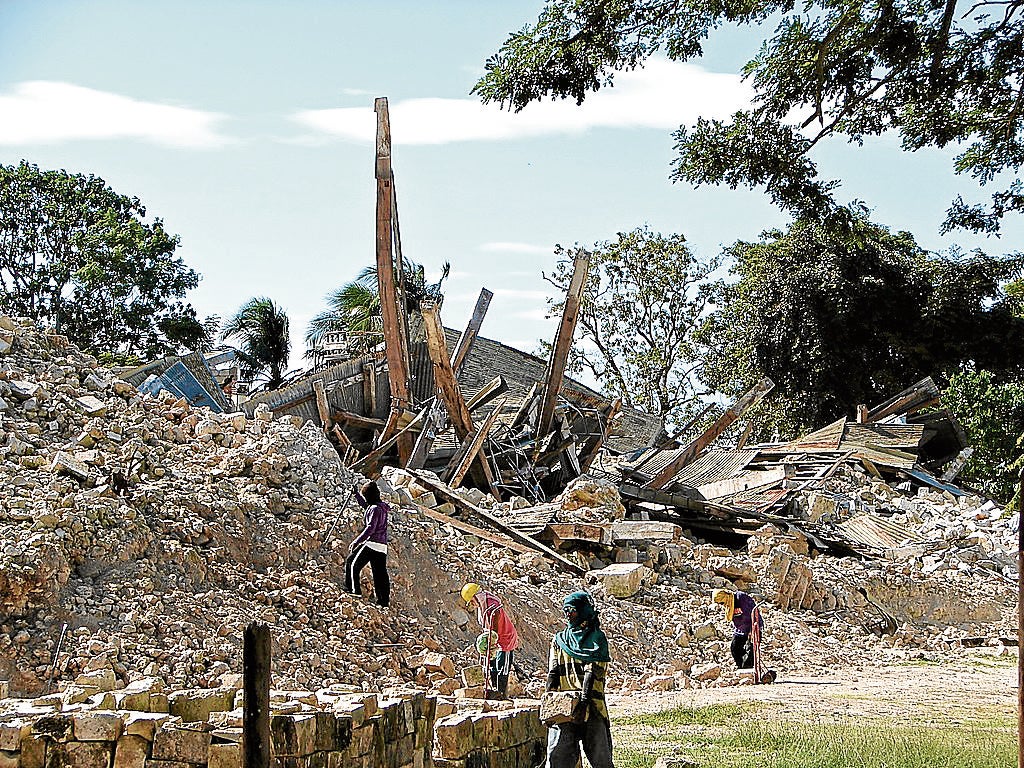 The Church of Our Lady of Light in Loon, Bohol, was greatly damaged during the 2013 earthquake that rocked the province.—P199 VIA WIKIMEDIA COMMONS

On Oct. 15, 2013, the province of Bohol was rocked by a magnitude 7.2 earthquake. Hundreds of people died and thousands of buildings were damaged in the catastrophe. It was one of the deadliest calamities experienced in the region since the turn of the century. Among those that suffered greatly were heritage structures in Bohol. The Churches of Loon, Loboc, and Maribojoc in Tagbilaran collapsed. The watchtowers of Punta Cruz, Loay, Panglao and Balihan were severely damaged. All in all, a record 25 churches in Bohol were ruined.

Yet today, a mere eight years after the devastation, Bohol can proudly say that majority of these churches have been restored to their former glory.

According to Fr. Milan Ted Torralba, a representative of the Diocese of Tagbilaran’s Commission for the Cultural Heritage of the Church, 21 of the damaged churches have been repaired as of late last year. While the repair works experienced delay due to the COVID-19 pandemic, workers were able to push through with help from the national government’s restoration programs. Foreign aid also helped rebuild the churches, as several US-based bishops provided financial assistance. Today, only the parishes of Loboc, Maribojoc, Loon and Antequera are still undergoing restoration, which is expected to finish this year.

While many people pushed for the construction of new edifices, leaders still sought to repair Tagbilaran’s heritage sites due to their cultural significance. Their efforts have definitely paid off as Bohol is on its way to completing the restoration, signifying a new era for the history-rich province. 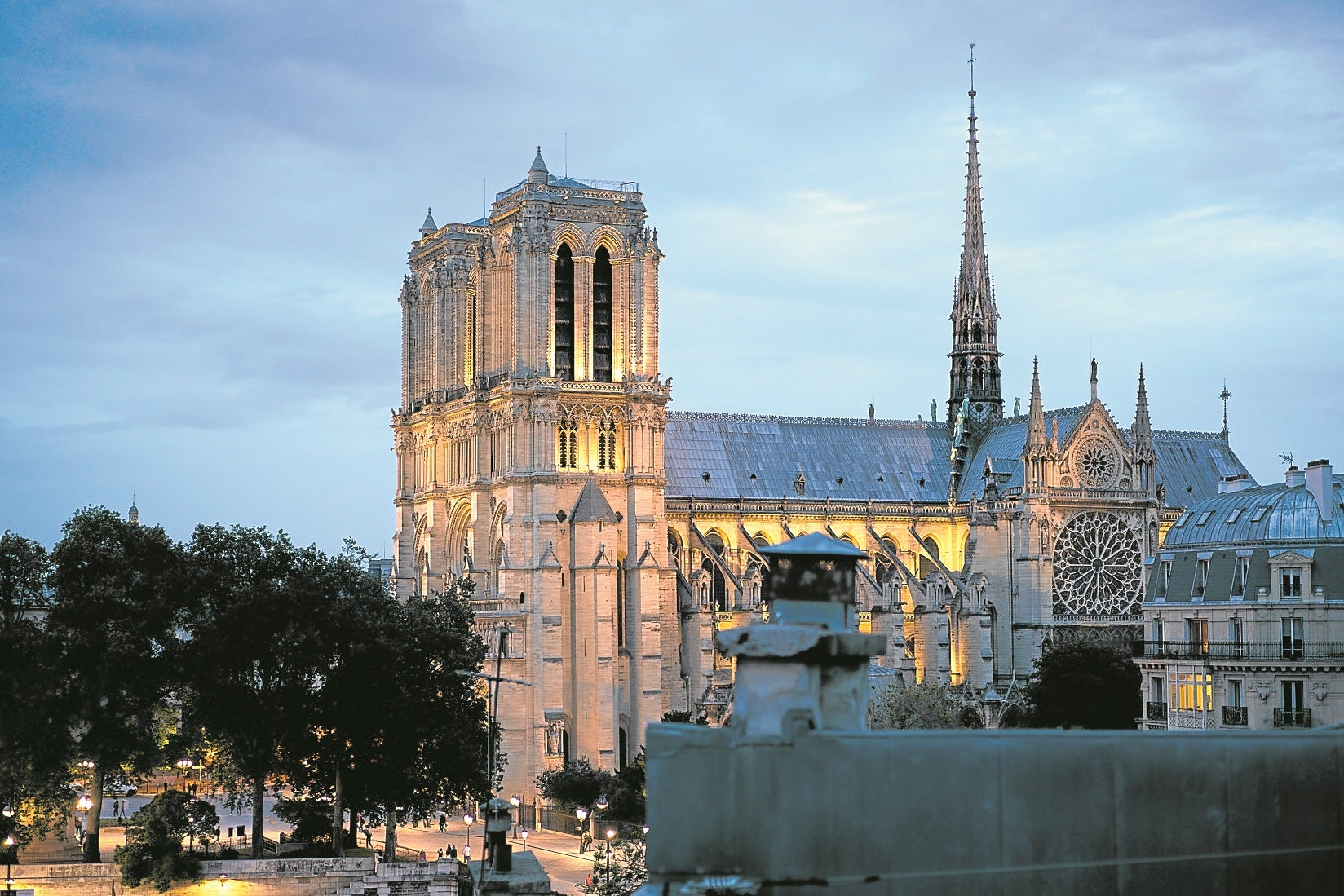 The Notre-Dame de Paris, a well-known international landmark, is depicted here before the tragic fire.—NICK BONDAREV FROM PEXELS

First built in 1163, the Notre-Dame de Paris is one of France’s most famous landmarks. It is a beloved gem in the design world as well, as it is considered one of the best examples of French Gothic architecture.

In 2019, however, many Parisians watched in horror as a fire razed a portion of the famous cathedral. A spire of the cathedral collapsed and part of the roof was damaged. After the catastrophe, several designers proposed to modernize the cultural landmark. The French National Assembly, however, firmly ordered that the cathedral be preserved for “historic, artistic and architectural interest” in a law enacted on July 29, 2019.

Under the watchful eyes of French President Emmanuel Macron, the restoration works were taken on by the Compagnie des Architectes-en Chef, a group that specializes on restoration works of French monuments. The financial aspect of the project was meanwhile quickly backed up by some of the richest families of France. In addition, private individuals, companies and public groups contributed to the endeavor.

Restoration works began in October 2019. Construction workers painstakingly removed 250 to 300 tons of melted metal scaffoldings which posed danger to the structure. While the COVID-19 pandemic temporarily halted the repair works on March 2020, the restoration continued a month later.

By November 2020, most of the destroyed scaffolding had been removed. This marked a positive step for the project, as the repair works could now continue without the threat of further collapse. While the completion of repair still has a long way to go, President Macron is hopeful that the project will be finished by 2024, in time for that year’s Summer Olympics. 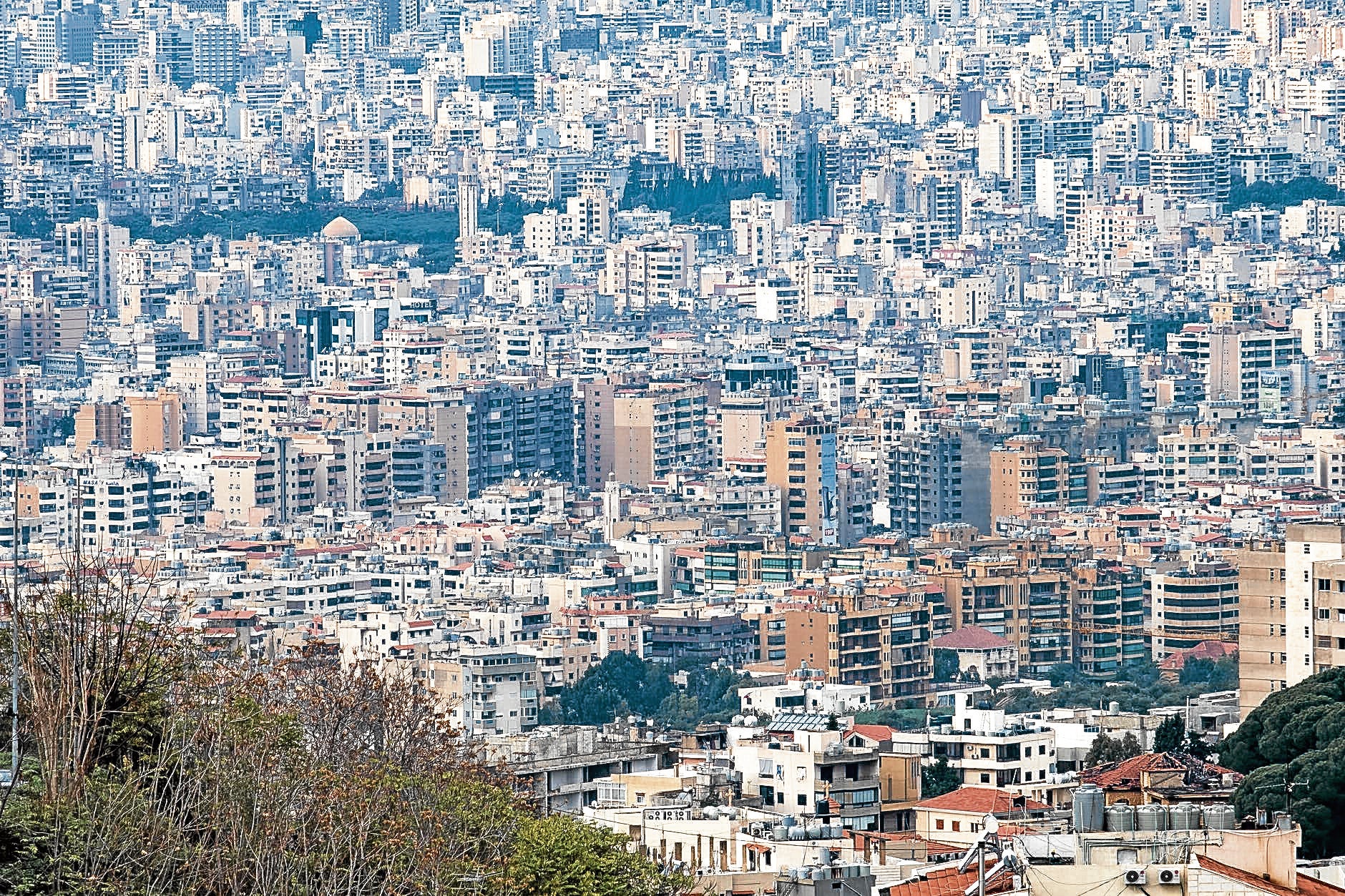 The city of Beirut in Lebanon suffered heavy losses when an accidental explosion rocked its port in August 2019. —JO KASSIS FROM PEXELS

For many Lebanese living in Beirut, life as they knew it collapsed on Aug. 4, 2020. A warehouse filled with ammonium nitrate exploded at the port area of the city. The blast damaged numerous landmarks in the city, which include the Sursock Museum, Sursock Palace, and the Armenian Catholicosate in Antelias.

For the locals, the disaster not only destroyed their existing living conditions—it also threatened the city’s cultural gems. Many of the buildings in the area had survived wars, and the loss of the structures due to the blast spelled out an unknown future for residents. Thankfully, academics, professionals, activists and residents have banded together to ensure that the neighborhoods of Lebanon would be protected from unwelcome redevelopment.

In addition to these efforts, real estate developers in the area have been warned against buying damaged heritage structures in Beirut. The government discouraged new projects in the area, which sought to reap profits from the catastrophe. Instead, it focused on rehabilitation works to save and restore as many heritage buildings as possible. While the city has a long way to go before it can bring back its former glory, the steps taken by locals and the government ensure that culture will be preserved despite the catastrophe.

Despite the losses, these efforts at heritage conservation show that many people still value history and cultural identities. While at times it may be easier to build new structures to replace damaged heritage sites, nothing can replace our memories and the things we hold dear in our cities. Let us hope that the world will continue to fight to preserve cultural icons, to ensure that future generations would know the stories that shaped our social fabric.