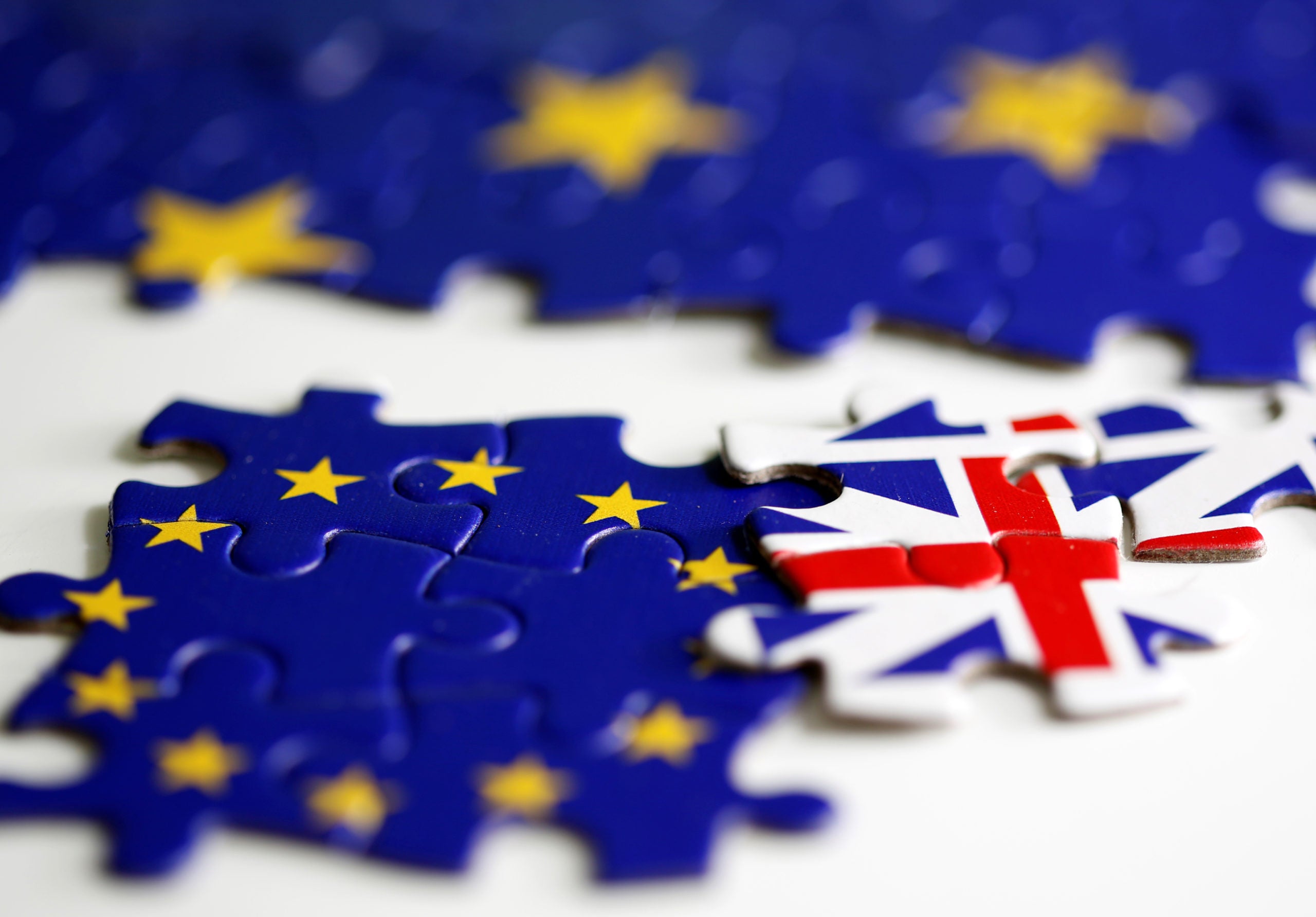 Puzzle with printed EU and UK flags is seen in this illustration taken November 13, 2019. REUTERS/Dado Ruvic/Illustration

DUBLIN/BRUSSELS — Ireland called on the European Union and Britain on Thursday to dial down the rhetoric in a blame game over post-Brexit trade frictions after Brussels rejected most of London’s demands for easier trade with Northern Ireland.

Britain’s exit from the EU’s trading orbit in January has led to significant disruption to trade between Northern Ireland and the rest of the United Kingdom, straining relations as London and Brussels hold each other responsible for the problem.

The dispute revolves around the EU’s insistence on Britain honoring its withdrawal treaty which left the British province of Northern Ireland within the EU’s single market sphere due to its open land border with Ireland, meaning a customs border in the Irish Sea dividing the province from mainland Britain.

Britain’s top Brexit minister Michael Gove, who last month threatened that London would consider “all instruments at its disposal” if it did not secure the necessary concessions on Northern Ireland, was due to meet European Commission Vice President Maros Sefcovic in London later on Thursday.

But on the eve of the meeting, Sefcovic ruled out most of the concessions that Britain had asked for, saying in a letter to Gove that “blanket derogations…cannot be agreed beyond what the Protocol foresees already.”

Speaking on arrival in London for the meeting Sefcovic said the implementation of the protocol is a “two-way street” and that practical measures agreed with Britain in December must be urgently implemented.

Irish Prime Minister Micheal Martin, whose country – an EU member state – has been central to the talks, summoned both sides to “dial down the rhetoric.”

“We just need to calm it, because ultimately we want the United Kingdom aligning well with the European Union. We want harmonious, sensible relationships,” he told RTE radio.

Britain has stepped up efforts to extract concessions from the EU over Northern Ireland’s trade arrangements since the European Commission sought briefly last month to stop COVID-19 vaccines being delivered from Ireland into Northern Ireland.

The Commission cited a shortfall of vaccines promised for the EU, but after an uproar broke out, it reversed its move to invoke Article 16 of the Brexit divorce deal’s Northern Ireland protocol.

“It is disappointing that the Commission has failed to acknowledge the shock and anger felt across the community in Northern Ireland from its decision to trigger Article 16 and the need to take urgent steps to restore confidence as a result,” a spokesman for British Prime Minister Boris Johnson said in response to Sefcovic’s letter. 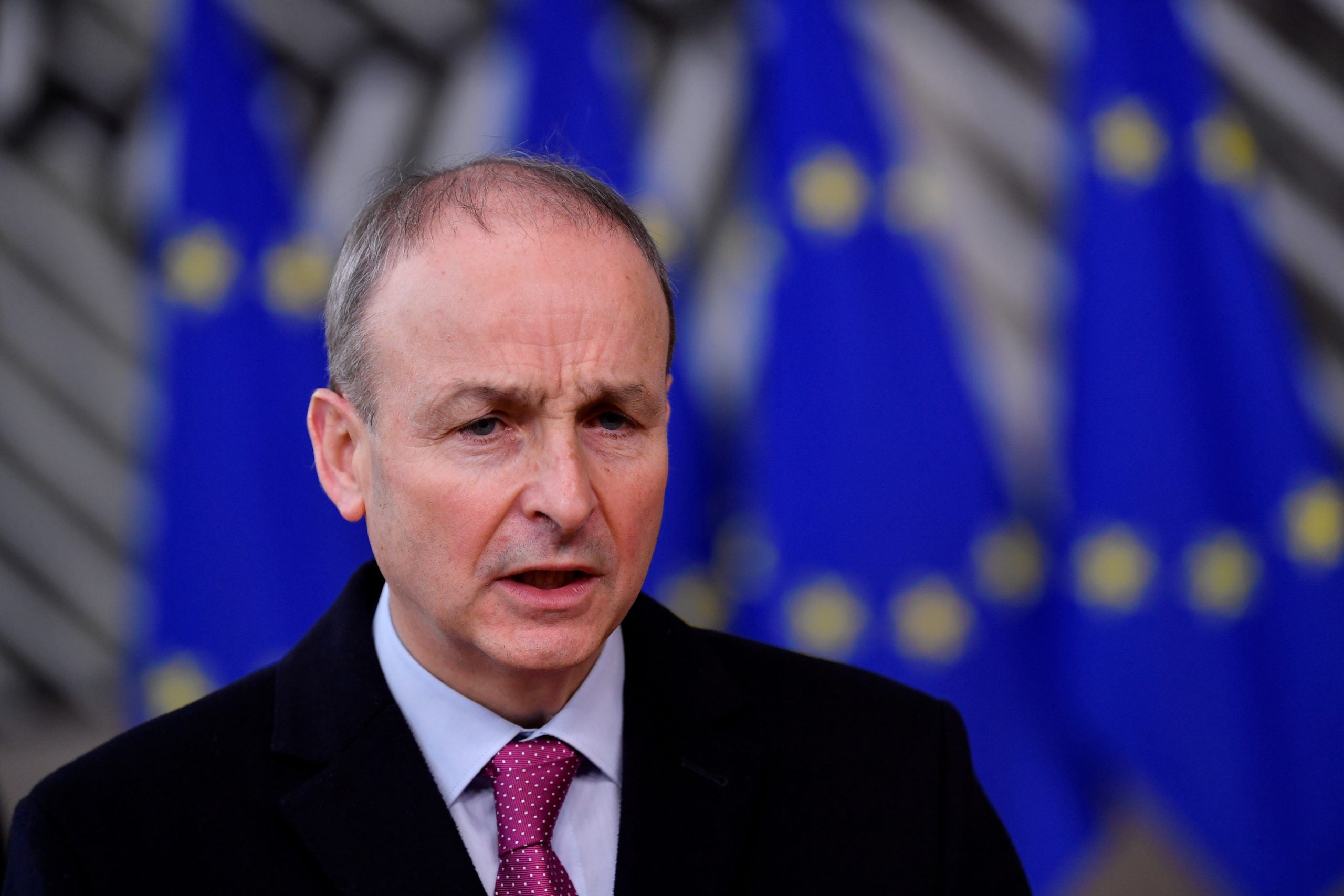 The so-called Northern Ireland protocol of the British-EU divorce deal seeks to preserve the open Irish border – a crucial component of a 1998 peace deal that largely ended sectarian conflict in Northern Ireland – while at the same time preserving the integrity of the EU’s single market.

In his letter, Sefcovic rejected calls for more time, until January 1, 2023, for British supermarkets and their suppliers to adjust to the new customs border in the Irish Sea for goods shipped to the province, including chilled meat, parcels, and medicines, from the rest of the United Kingdom.

He said the EU was examining more flexibility on steel but that on the issues of pet travel between mainland Britain and Northern Ireland, and of movements of seed potatoes and other plants, any flexibility would entail the United Kingdom committing to align with EU single market rules.

An EU diplomat, speaking on condition of anonymity, said there was growing concern in Brussels that the Irish government was trying to play both sides. “It is a bit surprising what is coming out of Dublin in recent weeks. There is no aggressive rhetoric out of the EU,” the diplomat said.

“It would be rather risky if the Irish government were to be seen as playing with European goodwill and solidarity.”