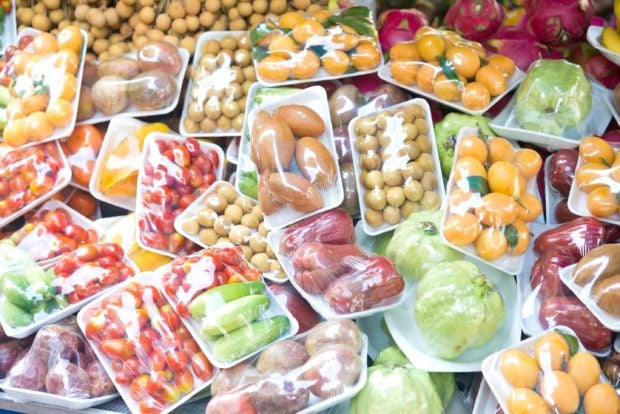 Britain’s major supermarket chains remain big users of plastic packaging that blights the environment, despite efforts to cut down, according to a study published on Tuesday.

The nation’s top ten supermarkets produced almost 900,000 tons of plastic packaging in 2019, according to research from pressure groups Greenpeace UK and the Environmental Investigation Agency (EIA).

“We had hoped to see a much sharper downwards trajectory as strategies and targets bear fruit,” said EIA senior campaigner Christina Dixon in its latest annual report based on supermarkets’ own data.

“Instead, we are looking at a relatively static picture which represents a drop in the ocean of tackling plastic pollution. The sector urgently needs to pick up the pace of plastic reduction,” the EIA insisted.

Many supermarkets are tackling the use of plastic packaging in their own branded products — but much remains to be done about packaging of products by third-party companies, the report noted.

“We would like to see supermarkets increasingly taking the fight to the big manufacturers and compelling them in turn to drive down their own plastic footprints,” Dixon said.

The research also showed that more than 1.58 billion plastic shopping bags were sold in 2019, up by 4.5% from 2018, despite their intended multiple use.

The total equates to 57 so-called “bags for life” per British household during the year.

At the same time however, single-use thin plastic carrier bags have become increasingly rare as more and more retailers stop using them.

Back in 2015, the British government introduced a five-pence charge per single-use bag that was intended to slash plastic use, reduce litter and protect wildlife.

Greenpeace meanwhile urged other supermarkets to follow chains Aldi and Sainsbury’s in vowing to slash plastic packaging by 50% by 2025.

And “half of that reduction should come from reuse and refill systems, so we can ensure that packaging stays in those systems and out of the environment”, said Nina Schrank, senior plastics campaigner at Greenpeace U.K. NVG

Is the humble brick the key to the battery of the future?