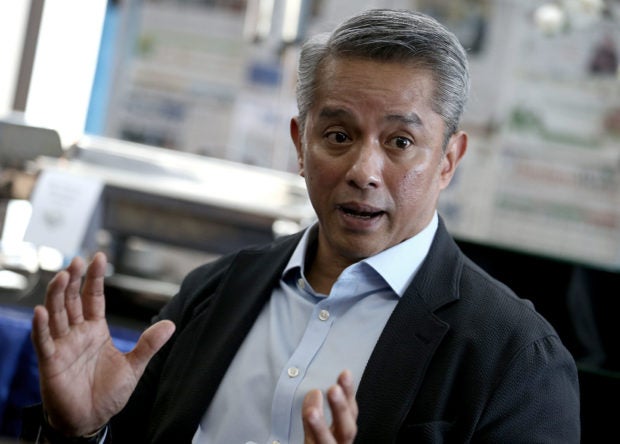 A draft document from the province’s Public-Private Partnership (PPP) Selection Committee, which was seen by the Inquirer, showed a recommendation to terminate the Feb. 12, 2020, award to the consortium of China Communications Construction Co. Ltd. (CCCC) and taipan Lucio Tan’s MacroAsia Corp.

The committee said the CCCC-MarcoAsia consortium repeatedly failed to “fully and completely” comply with its conditions, which were not detailed.

The document, which was not dated and unsigned, said the local government would rebid the project and CCCC-MacroAsia was not barred from participating again.

Cavite Gov. Jonvic Remulla confirmed the draft document came from their selection committee but said it was an “unofficial submission.”

“The committee presented an unsigned recommendation,” Remulla told the Inquirer.

Remulla declined to say if he agreed with the findings and that he would leave it up to the Selection Committee to make a final report.

“I will wait for a signed recommendation,” he said.

The SPIA, a project conceived and implemented by the provincial government of Cavite, would be one of the country’s biggest infrastructure projects and involves the reclamation of about 1,500 hectares of land on Manila Bay.

But it has yet to begin because of delays in formalizing the joint venture between the local government and CCCC-MacroAsia.

The PPP Selection Committee said in its draft recommendation the consortium had sought three extensions since receiving the award for the project. These were on March 17, June 8 and Aug. 12 last year.

CCCC-MacroAsia said it could not complete the requirements due to travel restrictions brought about by the COVID-19 pandemic.

In its Aug. 12 request, CCCC-MacroAsia sought another 90 days from the resumption of international travel with China.

But in the document, the Selection Committee said they learned from the Civil Aeronautics Board on Dec. 28, 2020, that commercial air travel to and from the Philippines and China “did not totally or officially cease during the period of the pandemic.”

The SPIA has faced obstacles beyond the COVID-19 pandemic. This principally involves the risk it poses to national security given its proximity to Manila.

Remulla has stood by CCCC even after its subsidiaries were included in a United States sanctions list on Aug. 26, 2020, for building militarized islands in the West Philippine Sea.

He instead pointed to the economic benefits of having a new international airport in Cavite. INQ