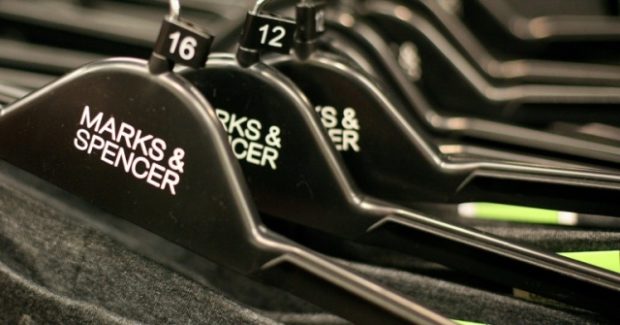 Marks and Spencer said in a statement it had become “one of the first companies to formally sign the call to action on human rights abuses” in relation to Xinjiang. Image: AFP/SHAUN CURRY.

British supermarket chain Marks and Spencer vowed Wednesday, Jan. 6, not to use cotton from China’s Xinjiang region in its clothes in response to the country’s alleged treatment of its Muslim Uighur minority.

In a statement on its website, the group said it had become “one of the first companies to formally sign the call to action on human rights abuses” in relation to Xinjiang.

“This is in line with the company’s long-term focus on ensuring its supply chains are sustainable and ethical, where workers are treated fairly, and their human rights are respected,” the company said.

It added it was “already one of the few retailers that does not work with any supplier in or source from Xinjiang”.

M&S, as it is known in Britain, noted 80% of China’s cotton is grown in the Uighur region, representing almost 20% of global production.

A number of international human rights groups have decried mounting evidence of forced labor in Xinjiang, in northwest China.

“We welcome the leadership shown by Marks and Spencer today… providing assurance to its consumers that M&S products will not be linked to the abuses of Uighurs,” Jasmine O’Connor, executive director of Anti-Slavery International said.

She added a recent “call to action” by rights groups set out a clear path for brands to follow that is in line with the United Nations’ guidance on business practices and human rights.

Two years ago, United States firm Badger Sportswear announced it would stop sourcing clothing from the Chinese apparel company Hetian Taida over concerns it was using forced labor from internment camps in Xinjiang.

Meanwhile last month, in December 2020, French footballer Antoine Griezmann announced that he would “immediately terminate (his) partnership” with telecom giant Huawei, citing “strong suspicions” that it was involved in the Chinese authorities’ surveillance of the Uighur minority.

The telecoms giant has denied the accusation.

Uighurs are the principal ethnic group in Xinjiang, a huge region of China that borders Afghanistan and Pakistan.

According to experts and human rights groups, at least one million Uighurs have been detained in recent years in political re-education camps there.

Beijing has dismissed these charges, saying it is operating vocational training centers to counter Islamist radicalism following a series of attacks it attributed to Uighurs. CC