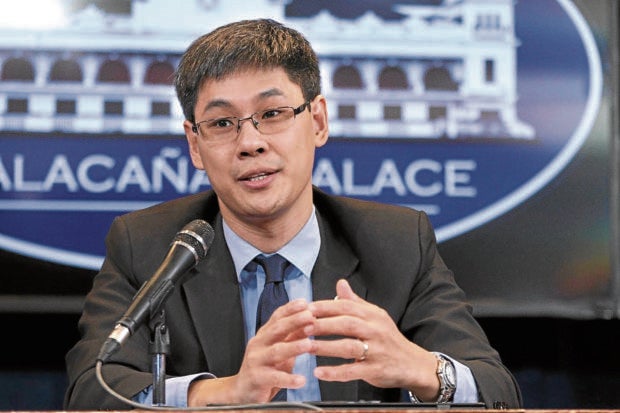 As the economy continued to gradually open up amid the holiday season, the country’s chief economist expects further improvement in gross domestic product (GDP) during the fourth quarter despite ending 2020 in a recession.

Chua said he was hopeful that the October-to-December output also grew faster than the third quarter’s 8-percent quarter-on-quarter increase from the second-quarter trough, when 75 percent of the economy stopped at the height of the longest and most stringent COVID-19 lockdown in the region.

Asked to comment on some economists’ forecasts that the recession might extend to the first quarter of this year, Chua pointed to his statement last week when he cautioned that Metro Manila and neighboring regions, which contributed the biggest chunk to the economy, could not revert to lockdowns stricter than the current general community quarantine (GCQ) or risk workers losing a total of P2.1 billion in wages a day under a stricter modified enhanced community quarantine (MECQ).

Chua, who heads the state planning agency National Economic and Development Authority (Neda), was batting for a further safe reopening of the economy this year to minimize losses of about P700 million in wages a day under GCQ in three of the most productive regions, including the National Capital Region (NCR).

In particular, Chua is pushing to let more children and families out of their homes to shop, spend and have some leisure time while adhering to safety precautions.

During the first three quarters of 2020, GDP slid by an average of 10 percent such that economic managers expected the economy to shrink by 8.5-9.5 percent for the entire year, the worst turnout post-war.

“Based on the second- and third-quarter GDP numbers, Neda estimates that every week of ECQ/MECQ in NCR and its adjacent regions alone shaves off 0.28 percentage point from GDP growth. This is equivalent to around P2.1 billion in lost wages a day. The amount during GCQ is lower at around P700 million a day, but this amount is still significant enough to bring hardship to many people,” Chua said in a statement on Dec. 30.

But Chua said that as the government gradually eased quarantine restrictions, GDP numbers improved alongside lower joblessness, citing that the unemployment rate declined in October last year from a 15-year high of 17.7 percent in April amid the ECQ.

“The combined effects of these were concretely felt by the people. According to the most recent Social Weather Stations (SWS) survey, the hunger rate fell significantly to 15.7 percent in November from a record-high of 30.7 percent in September. But we can still do better,” Chua said.

For Chua, a big part of forgone wages came from restricting children and family activities.

“For years, the country’s strong growth has been supported by its demographic dividend, where the country’s young population forms a large part of the labor force, earning income and driving demand,” Chua noted, citing that the average age in the Philippines was 25 years old as more than a third of the population were aged below 18.

“According to the 2018 family income and expenditure survey (FIES), families of at least three members account for around 90 percent of total nonessential spending. Moreover, according to a 2019 study commissioned by a private firm and shared with Neda, parents are the largest contributors to the P574-billion total informal eat-out market, which includes quick-service restaurants. Parents account for around 48 percent of the spending and is equivalent to P277 billion,” Chua said.

“However, the community quarantines have restricted economic activity from children and families. In fact, non-essential spending contracted by 51 percent in the third quarter,” Chua added.

“Since children are not allowed to go out of their homes, even to study, family activities are restricted, and thus a big part of the economy is not functional. If there were no such restrictions, GDP growth in the third quarter could have been 4 percentage points better at negative 7.5 percent rather than the negative 11.5 percent recorded,” the Neda chief said.

“Based on consultation with leading malls and fast-food chains, some 32-50 percent of their sales are driven by family consumption as opposed to individual or worker consumption. A leading fast-food chain estimates that food bought with kids and for kids comprise 43 percent of total sales. Similarly, prior to COVID-19, a shopping mall chain estimates that about 46 percent of foot traffic came from parents with children. This translates to families contributing almost half of total sales,” according to Chua.

“All these mean that while we opened the supply side during GCQ and MGCQ [modified general community quarantine] by allowing establishments and public transport to operate at higher capacity, the demand side is still very limited given the continuous restrictions that prevent children, and hence families, from going out. If we allow more consumption activities to resume, this will encourage firms to utilize excess capacity, which will eventually stimulate new investments to serve new demand,” Chua said.

Chua reiterated that managing COVID-19 risks — not avoiding them — would be key for the economy to rebound from the current pandemic-induced recession this year. The economic team targets 6.5-7.5 percent GDP growth in 2021.

“This way, we can bring back jobs and income sources to enable the far majority of people to also address their non-COVID-19 sicknesses and hunger. All economic indicators reveal that with the safe relaxation of community quarantines, incomes and jobs come back,” Chua said.

With a new variant of COVID-19 threatening to prolong the pandemic, Chua said there was a need for the government to “recalibrate strategies” while the public must “continue upholding the minimum health standards and take the necessary precautions to prevent the transmission of the virus.”

“What is clear from our experience this year is that we need to continue working together if we want a better 2021. The losses have been huge and a reversal to stricter community quarantines in 2021 is not an option. Everyone needs to cooperate and help each other practice the minimum health standards like wearing a mask, washing hands and keeping a safe distance. Businesses also need to make sure that there is proper ventilation in their business spaces. The public and private health sector needs to continue improving the health systems to include a vaccine rollout. Finally, the government needs to facilitate the transition to the new, but better, normal. Our challenge is to make sure that our hard-fought gains in 2020 will not be reversed and the economic cost of 2020 will not repeat in 2021,” Chua said. INQ