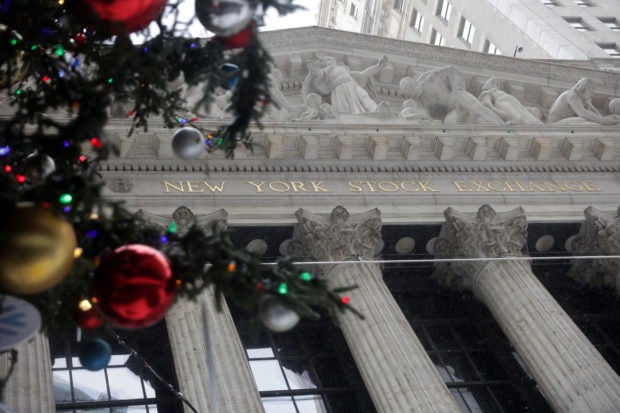 NEW YORK – The New York stock exchange has begun the process of delisting three Chinese telecoms companies as it seeks to comply with an order by the Trump administration barring investment in firms with ties to the Chinese military.

It comes as relations between the world’s two biggest economies spiral downwards over sore points ranging from trade and the coronavirus to Hong Kong and Xinjiang.

Trading in China Mobile Communications, China Telecommunications Corp and China Unicom (Hong Kong) Limited will end within the next week, subject to transactions being settled, the exchange said in a statement Friday.

In November President Donald Trump signed an executive order banning Americans from investing in Chinese companies deemed to be supplying or supporting Beijing’s military and security apparatus, earning a sharp rebuke from China.

The order listed 31 companies it said China was using for the “increasing exploitation” of US investment capital to fund military and intelligence services, including the development and deployment of weapons of mass destruction.

It was one of a series of executive orders and regulatory actions that have targeted China’s economic and military expansion in recent months.

Trump’s order prohibits US companies and individuals from owning shares in any of the 31 companies, which also include video surveillance firm Hikvision and China Railway Construction Corp.

National Security Advisor Robert O’Brien said at the time that the order would prevent Americans from unknowingly providing passive capital to Chinese companies — listed on exchanges around the world — that support the improvement of Beijing’s army and spy agencies.

Under his “America First” banner, Trump has portrayed China as the greatest threat to the United States and global democracy, pursued a trade war with it, harangued Chinese tech firms, and laid all the blame for the coronavirus pandemic at Beijing’s door.

Other index providers including MSCI Inc, S&P Dow Jones Indices and Nasdaq have deleted various Chinese firms from their listings.