After a decade of property boom in the country, the Philippine real estate sector faced one of its toughest challenges in 2020, as the COVID-19 pandemic had put the whole world under a quarantine, tested healthcare systems, and pushed many economies into a recession. Like most industries, it was not spared from this unprecedented health and economic crisis.

The property sector may have lost the momentum it gathered in 2010 when investor confidence that spilled over in construction was at a high, but the pandemic gave the industry an opportunity to reestablish its role in rebuilding the economy and prove its resiliency through new strategies and innovations that are seen to be sustained in the new normal and beyond.

In July, the Ayala Land-backed AREIT Inc. blazed a trail in the local capital market when it became the first Philippine real estate investment trust (REIT). In the following month, AREIT raised an estimated P13.6 billion during its initial public offering (IPO), attracting strong inte­rest from investors looking for a new asset class. REIT refers to a corporation that primarily invests in income-generating real estate.

In November, DoubleDragon followed suit with an application to register an IPO of up to P14.7 billion. The move was meant to infuse its single most valuable property portfolio, DD Meridian Park in Pasay City, into DDMP REIT Inc. Meanwhile, Gokongwei-led Robinsons Land Corp. also bared plans to form a new REIT company. 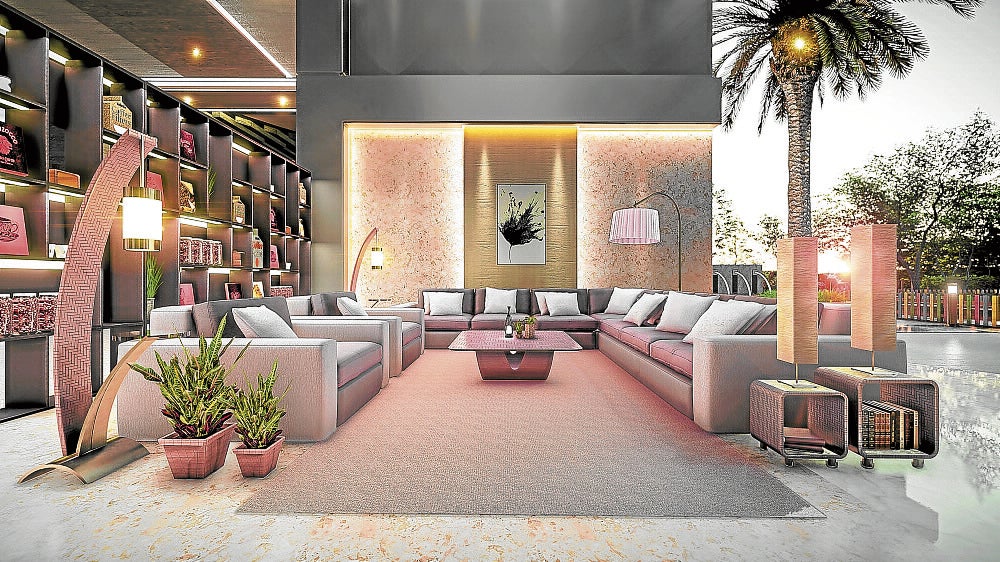 Property developer SM Development Corp. marked a milestone despite the restrictions imposed during quarantine, when it digitally unveiled the 41-story Gem Residences, its first project in Pasig City. Set to rise along C-5 Road, a vibrant major thoroughfare, Gem Residences is an integrated mixed-use development fit for the new normal. Its launch amid the health crisis proved the resiliency of the real estate sector during the pandemic. 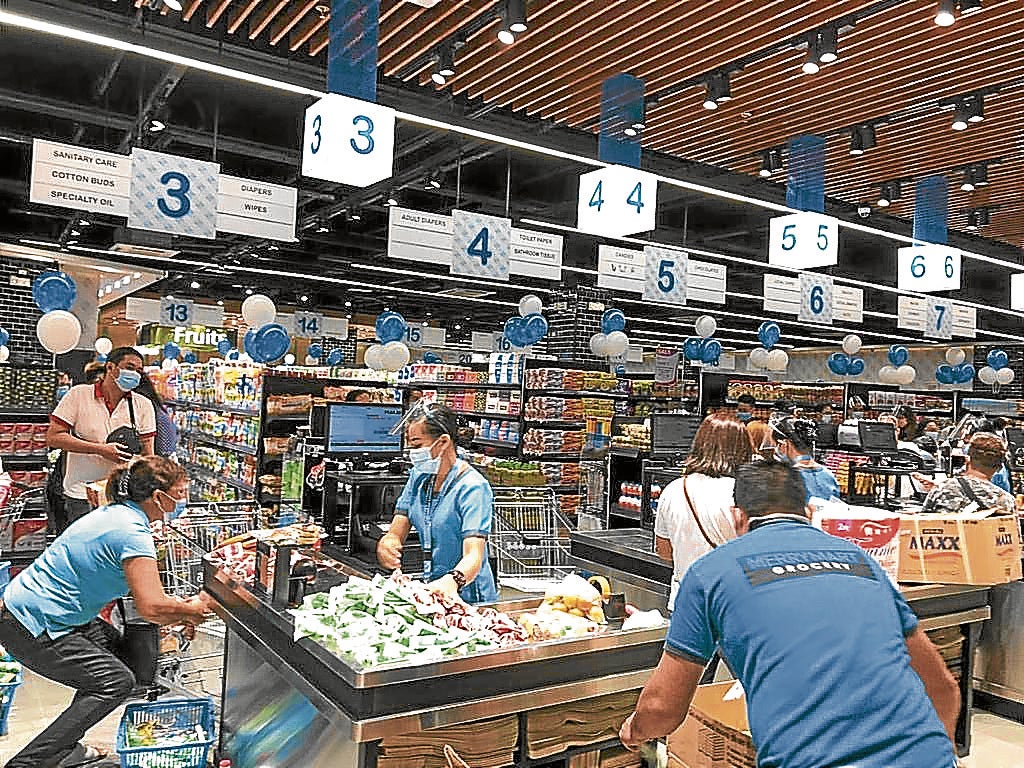 Supermarket chain MerryMart introduced a new concept of grocery shopping when it announced in September its partnership with FoodPanda to create “dark grocery” stores in the country. In a disclosure to the local bourse, MerryMart explained that “dark groceries” are located in “hidden” areas and would exclusively cater to online deliveries within the vicinity. It aims to deliver goods in just 15 minutes and plans to kick off its operations in the cities of Makati and Manila. Another concept underway is the planned drive-thru MerryMart in Iloilo City. 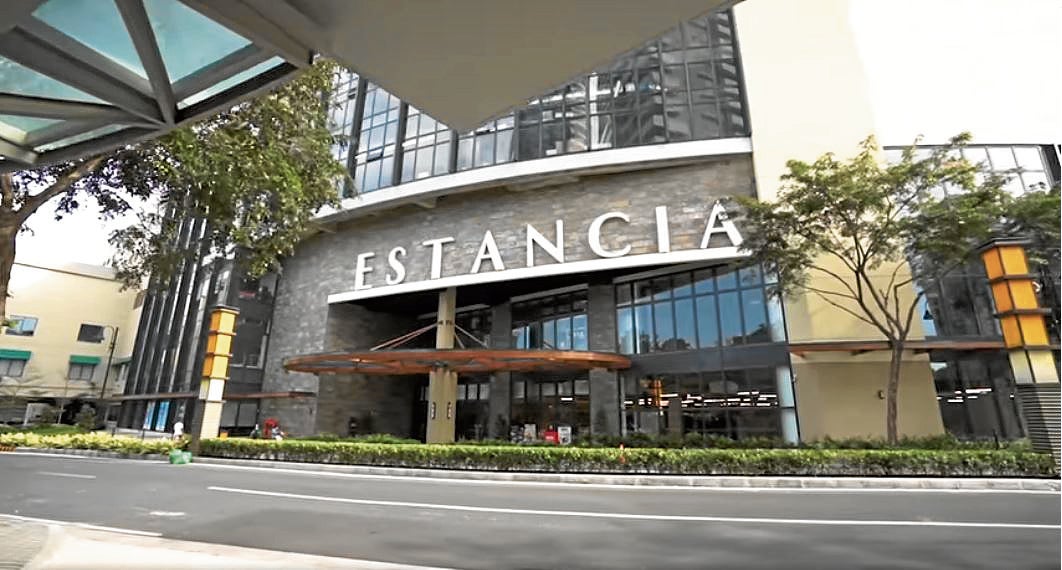 While many real estate companies migrated to virtual tours and consultations, others still recognize the impact of first-person experience on consumers. Ortigas Land continues to offer the thrill of experience, as it recently opened a new showroom in Estancia, located within the Capitol Commons estate. The new facility is the company’s biggest showroom yet, showcasing model units of its up-and-coming premier residential developments namely Maven and Empress, both of which are located also within this 10-ha estate.

Visitors of the Estancia Showroom will be able to experience bare and dressed-up one-bedroom units of Maven as well as one- and two-bedroom model units of the Empress. In each visit, which is strictly scheduled by appointment, new normal health and safety protocols are always enforced. Temperatures are checked and visitors need to sign health declaration forms. Social distancing and wearing of masks are implemented at all times. Ortigas Land also ensures that there will only be a maximum of 10 people inside the showroom at any given time. 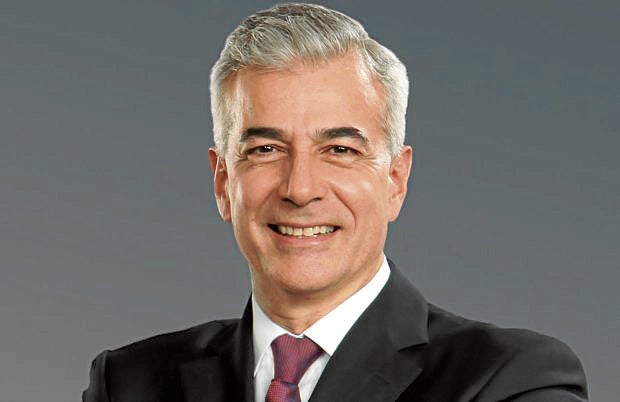 Changing of the guard

Right before 2020 came to a close, conglomerate Ayala Corp. announced its succession plan for this year. Fernando Zobel de Ayala will soon take the role of chief executive officer from his older brother Jaime Augusto Zobel de Ayala, who will become the conglomerate’s chair. Ayala, which has interests in property development, banking, telecoms, water and industrial segments, saw a sharp decline in its second quarter earnings due to strict quarantine restrictions. But the improved performance of Ayala Land, among others, helped the conglomerate’s net profit pick up in the third quarter. 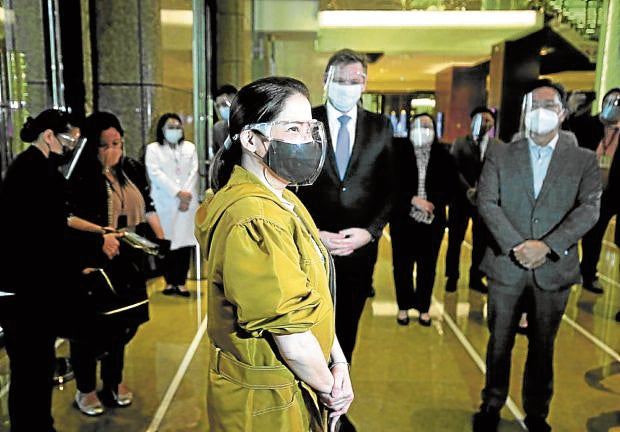 As countries impose border closures, travel restrictions and varying forms of lockdowns to curb the transmission of the deadly virus, hotels and resorts as well as other tourism-related sectors took a massive, direct hit. In the country, services of hotels were restricted as new bookings were not allowed by the government during enhanced community quarantine. To keep them functioning, several hotels and lodging houses were tapped to be quarantine facilities for returning overseas Filipino workers and temporary homes for front-liners.

On May 22, Tourism Secretary Bernadette Romulo-Puyat issued the “New Normal Health and Safety Guidelines for Accommodation Establishments” (Memorandum Circular 2020-002) to highlight contact-free transactions and hygienic precautions. Leading hospitality establishments later instituted their own health protocols and measures such as thermal scanning of body temperature of guests, suppliers and employees; deploying automatic hand sanitizer dispensers in common areas; mandating the employees’ use of face masks in guest contact areas; and having a nurse on duty 24/7.

In July this year, Megawide Construction Corp. was granted the original proponent status (OPS) for the rehabilitation of the Ninoy Aquino International Airport (Naia). Five months later, however, the the Manila International Airport Authority (MIAA) suddenly revoked the original proponent status or primary rights of Megawide on the project without indicating any reason or cause. A subsequent Senate hearing later revealed that the revocation was purportedly due to Megawide’s failure to submit documents showing its capacity to fund the project. But Megawide and its partner GMR Infrastructure said in a letter to the MIAA that its decision was based on an “incomplete set of facts” and insisted that their funds are “more than sufficient” to meet the government’s financial requirements. 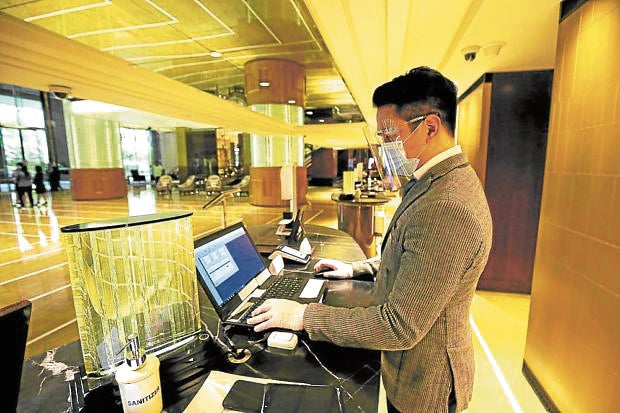 As soon as more locations were placed under general community quarantine (GCQ), the DOT made more careful efforts to restart the tourism industry. Banking on the popularity of “staycations,” the DOT began allowing staycations as a viable option for those in need of vacations. At least 10 star-rated hotels, including Grand Hyatt Manila in Bonifacio Global City, were given the DOT’s certificate of authority to operate for staycation (CAOS). Grand Hyatt Manila also rolled out all the necessary protocols to ensure the health and safety of both guests and employees. This includes offering Rapid Antigen Test, to create a more seamless process for arriving customers and to also provide peace of mind for in-house guests and the staff. 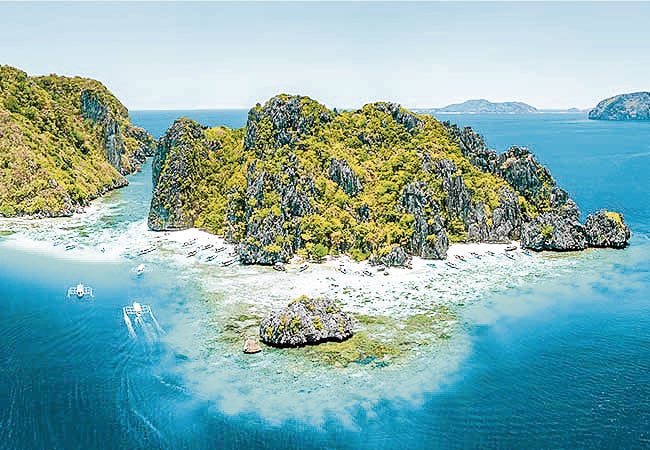 With the easing of quarantine restrictions, the DOT devised programs to allow domestic tourism. These include travel corridors, or “zones between territories that have demonstrated the capacity to effectively control the spread of COVID-19.” Among the first to do this was the “Ridge and Reef Corridor Plan” which allowed the reopening of interregional tourism between Baguio City and the provinces of Ilocos Norte, Ilocos Sur, La Union and Pangasinan.

The DOT also launched the Visitor Information and Travel Assistance platform, a digital monitoring system that is designed to keep track of visitor activities and ensure that the tourists and the communities within the corridor remain protected. Several tourist destinations have already been allowed to open for domestic visitors such as Boracay in Aklan and El Nido in Palawan.