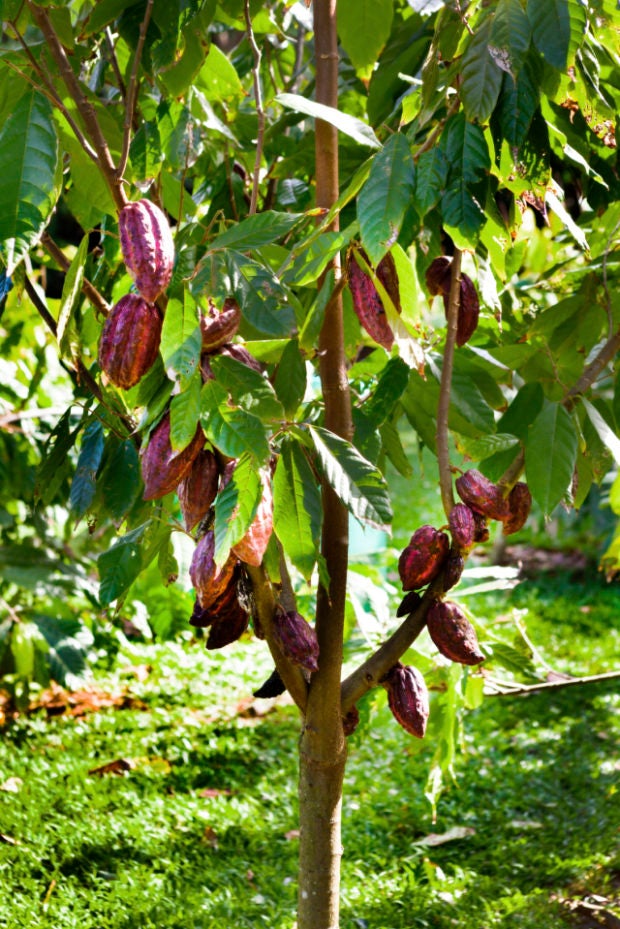 Haiti’s annual production of 5,000 tonnes of cocoa pales in comparison to the 70,000 tonnes produced per year by neighboring Dominican Republic, but the sector’s development is recent in the island nation. Image: IStock/YinYang via AFP Relaxnews.

Although small in the face of South America’s giants, Haiti is slowly developing its cocoa industry, earning better incomes for thousands of farmers and refuting the stereotype that culinary art is the preserve of wealthy countries.

Haiti’s annual production of 5,000 tonnes of cocoa pales in comparison to the 70,000 tonnes produced per year by neighboring Dominican Republic, but the sector’s development is recent in the island nation.

Feccano, a federation of cocoa cooperatives in northern Haiti, became the first group to organize exchanges in 2001 by prioritizing farmers’ profits.

“Before, there was the systematic destruction of cocoa trees because the market price wasn’t interesting for farmers who preferred very short-cycle crops,” said Guito Gilot, Feccano’s commercial director.

The cooperative now works with more than 4,000 farmers in northern Haiti.

By fermenting its members’ beans before export, Feccano has been able to target the market for fine and aromatic cocoa.

“Feccano’s customers pay for quality: they don’t have the New York Stock Exchange as a reference,” said Gilot.

Smelling potential, Haiti’s private sector finally began investing in the cocoa industry, which until then had been supported solely by non-governmental organizations and humanitarian efforts.

By setting up its fermentation setter in 2014 in Acul-du-Nord, 15 kilometers (nine miles) from Haiti’s second city Cap-Haitien, the company Produit des iles (PISA) entered the market. But the logistical challenges are many.

“The producers we work with farm less than a hectare, often divided into several plots whereas in Latin America, a small producer already owns four or five hectares,” explained Aline Etlicher, who developed the industry at PISA.

“We buy fresh cocoa, the same day as the harvest so the farmer no longer has the problems of drying and storing that they would have if they sold it to an intermediary,” said the French agronomist.

In recent months, this just-in-time bean collection from all sites has been more challenging because many roads were regularly blocked due to socio-political unrest.

Maintaining organic and fair trade certifications for the cocoa is delicate, but the Haitian style has made its mark abroad.

“Today there are bars sold in the United States that are called Acul-du-Nord,” Etlicher said proudly.

“With our customers, we are part of the ‘bean to bar’ movement of chocolate makers who transform the cocoa bean into the chocolate bar,” she said, adding that by cutting out the middleman, Haitian producers’ revenues have doubled.

And on the other end of the chain, bean processing remains local.

For master chocolatier Ralph Leroy, making a rum ganache — Haitian, just like all the products he uses — was not an obvious choice.

After years in Montreal, he returned home to Haiti as a haute-couture stylist.

His shift to cocoa began when he made clothes out of chocolate for a culinary trade show. The training he then underwent for a year in Italy fueled his passion as much as his pride.

“The first week, I think I was insulted when the professor said, ‘Chocolate is made for Europe. You there, plant your cocoa, we buy the cocoa and do the work,'” he recalled.

Today, Leroy runs the chocolate company he founded in 2016, Makaya, and the edible sculptures that come out of his workshop are a huge sensation at parties. His company now has about 20 employees who share his passion.

“Even in cooking schools, we don’t learn this. I learned everything here and I am very, very proud,” said Duasmine Paul, 22, head of Makaya’s laboratory.

Echoes of car horns reach the ears of Makaya employees carefully sorting cocoa beans, a side effect of the chaotic traffic that paralyzes Haitian capital Port-au-Prince at the end of the year.

From his workshop, where he also concocts chocolate-based cocktails, Leroy sees as sweet revenge the great marketing of his bars.

“The greatest pleasure is when, before traveling, Haitians come here to buy a lot to offer abroad. It’s become their pride. And also when Europeans come and buy all the stock… I tell myself that I am doing a good job,” he said with a burst of laughter. CC